My second week in Ireland completely flew by. I’m starting to realize exactly how quickly the entire summer will go. Having a full-time internship abroad is an extremely valuable experience and I’m learning so much, but it really makes time fly when I’m not in the office. I’ve settled into a routine here, a routine that revolves around getting to and from work. Somewhat ironically, I’m on my hour-long morning commute as I write this, reflecting on the fact that I’m already more than twenty-five percent of the way through my time here. Have I done twenty-five percent of the things I want to do? I’ve barely scratched the surface. 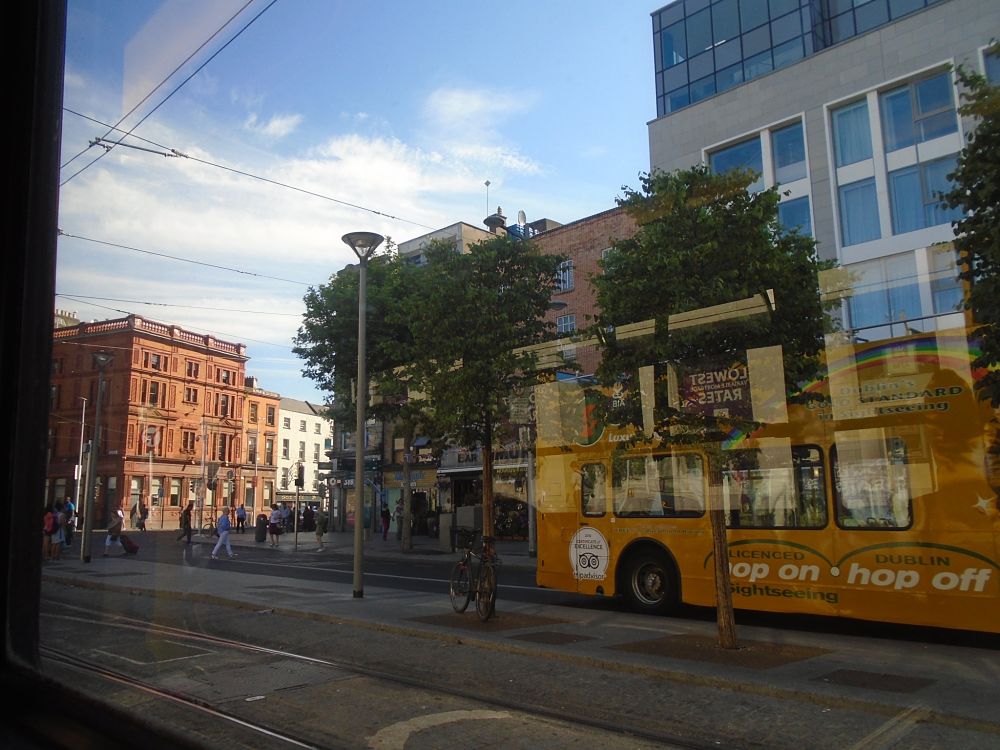 The view through the window of the bus that I take every morning and afternoon.

A routine has always been an important part of my adult life; I am really calmest and happiest at times when I have a productive thing I need to do each day, and when each week is a fairly similar variation of the last (that’s why I like being a student). So I do enjoy the feeling of predictability, and having a routine also makes Dublin feel even more like my new home. On the other hand, on the weekdays, I need to make an effort to ensure that I’m not only seeing the city through the window of a bus. 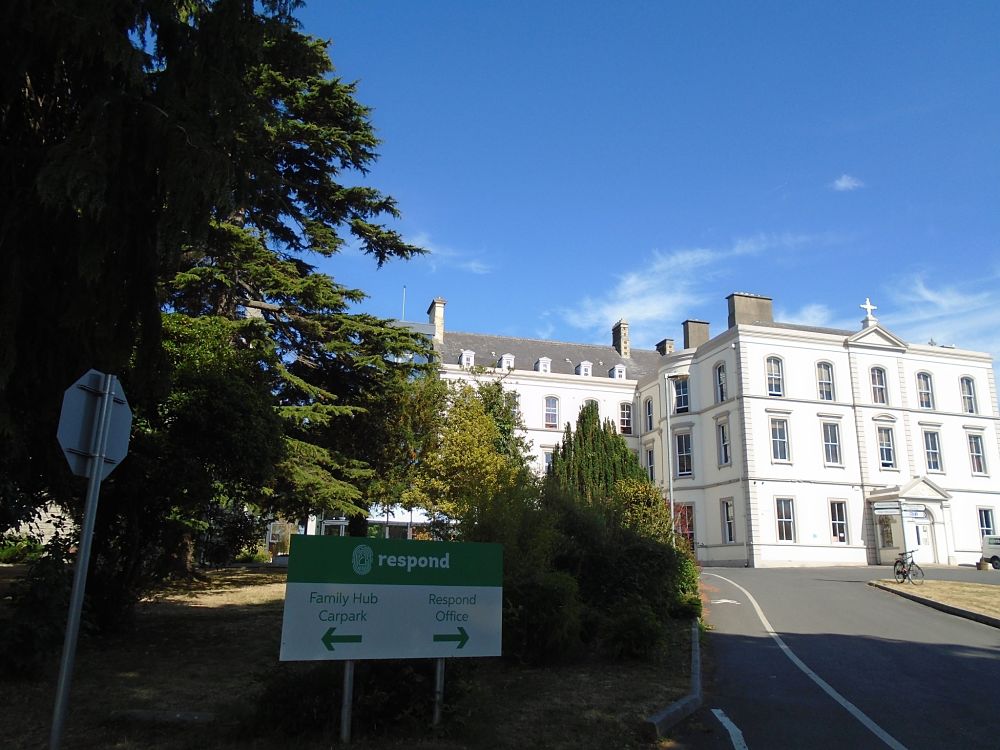 Because of this routine I’ve fallen into, I must admit that it was hard to think of an interesting topic for this second weekly post. My internship is in a very residential area in North Dublin called Drumcondra. It’s a beautiful building, but there’s nothing around it, so I end up eating lunch at my desk. I love the work – getting to take notes in important country-wide staff meetings, drafting policy proposals, and researching methods of tackling homelessness such as Housing First – but I’m not so much a fan of being stuck there all day every day. It’s a true office job, and a true preview for life after graduation. But it’s not like I haven’t gotten out after work; one of the days last week I got out early enough that I was able to go to the Guinness Storehouse tour with some other students in my program. Learning how to pour the perfect pint was fun, and certainly a necessary part of immersing myself in Irish culture; it was even better to hear about what the other girls were doing at their internships and what they had learned about Ireland that I hadn’t yet. It was really great to talk to one of the girls in particular; she’s also an Economics major and she told me about the nonprofit she’s interning with that focuses on providing services to Travellers. I asked, “Travellers, like tourists?” and she said no, the Travellers are an ethnic minority group in Ireland that have faced discrimination for decades. It was so crazy to learn about, and I look forward to chatting more with her about her experience here and how our two organizations even relate to one another. 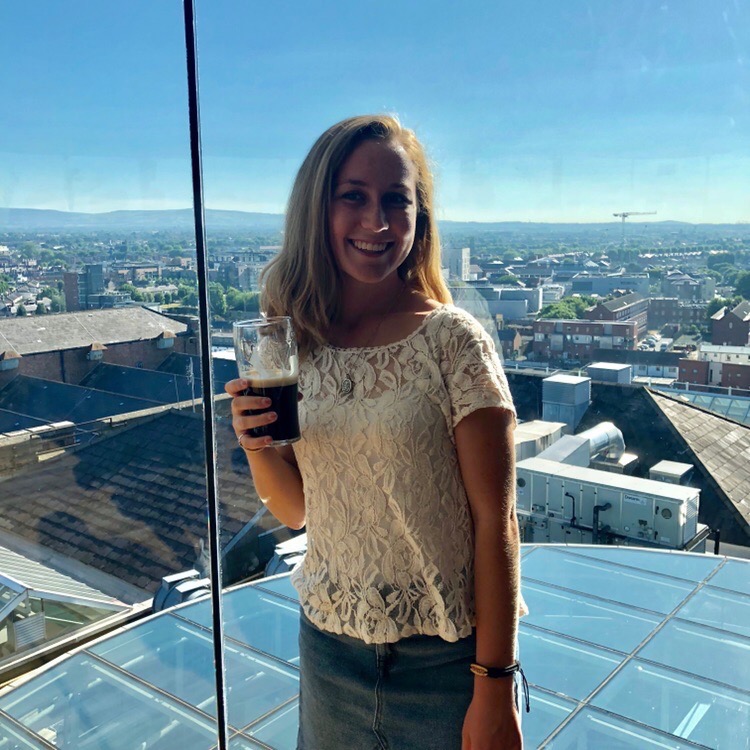 ​I poured it myself!

It has also become part of my after work routine to run or walk the short distance to St. Patrick’s Cathedral in the evenings and spend time hanging out in the park there. It’s not as crowded as St. Steven’s Green, so this has become my favorite spot to relax, whether with friends or by myself. It’s silly, but one of my favorite things about Ireland is that the sun stays out until after 10 pm, so the evening hours are very enjoyable. 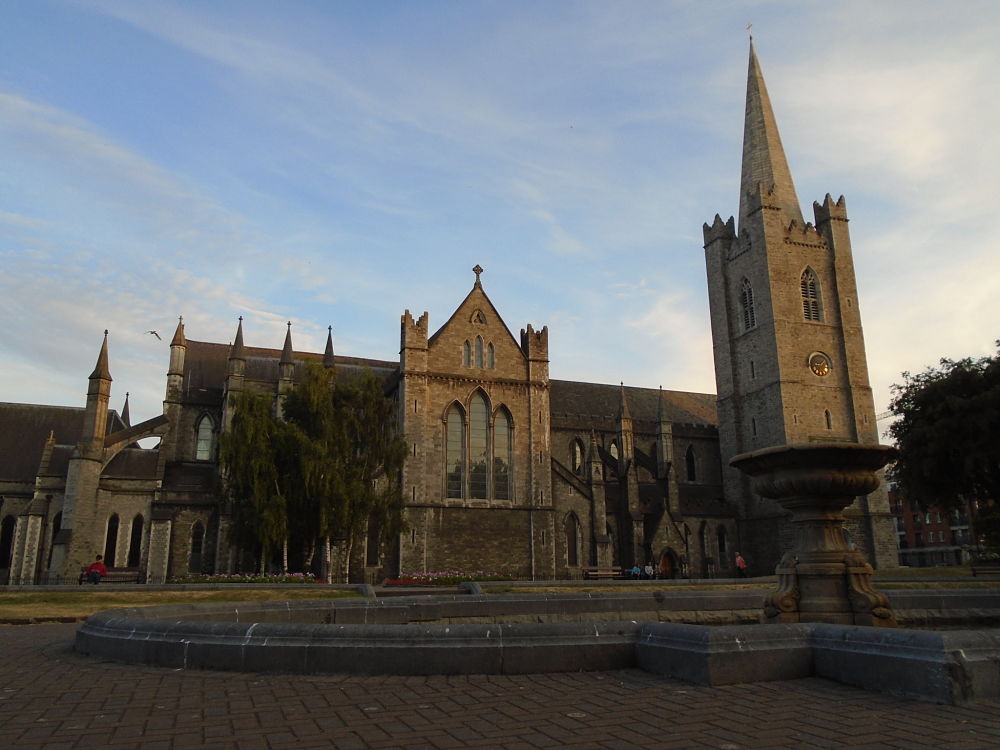 St. Patrick’s Cathedral, or more specifically the park surrounding it, has become my favorite spot to relax in the evenings.

The weekend was eventful as always; Saturday was a long day trip with all of the other interns to the West of Ireland, so it was a lot of time on a bus all together. But the Cliffs of Moher were astonishing – I could have stared at the view forever, but I eventually had to head back to my routine. I’m realizing that the routine is an adventure in itself! Even though I do have such a short time here, the hours on the bus are just another part of the experience. 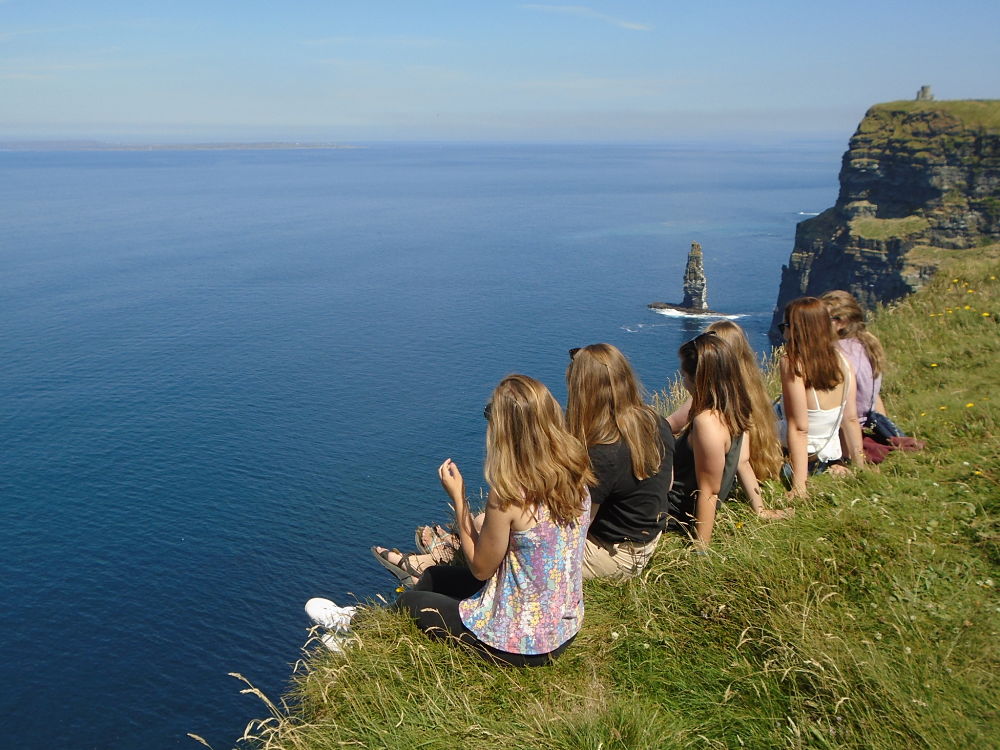 Interns – we live life on the edge.