Hey Marymount! It’s over a month into summer already but it’s only one week into my internship program in Dublin, Ireland, so the fun has just begun! This past week was jam-packed, what with flying into Dublin airport, moving in last Monday and meeting all of the other interns in the program, and starting work full time the very next day. It feels great to be settled in now and to be able to write and process my experience so far.

Arriving in a new country is always an exciting and stressful time, but I had some particular misfortune in my first few days here. My cell phone ended up not working for four days, because I got an Irish sim card and complications happened. Being without a phone made it that much harder to find my way to my first day of work, as it is a very long commute, and it also made it impossible to meet up with any of the other interns after work. In general, I would say that the phone trouble caused my first week in Dublin, which at best would be an awakening to a new culture and a time of adjustment, to be pretty lonely and isolated. But I like to look on the bright side, and there actually was so much good that came out of this circumstance. You could even call it good luck in disguise. 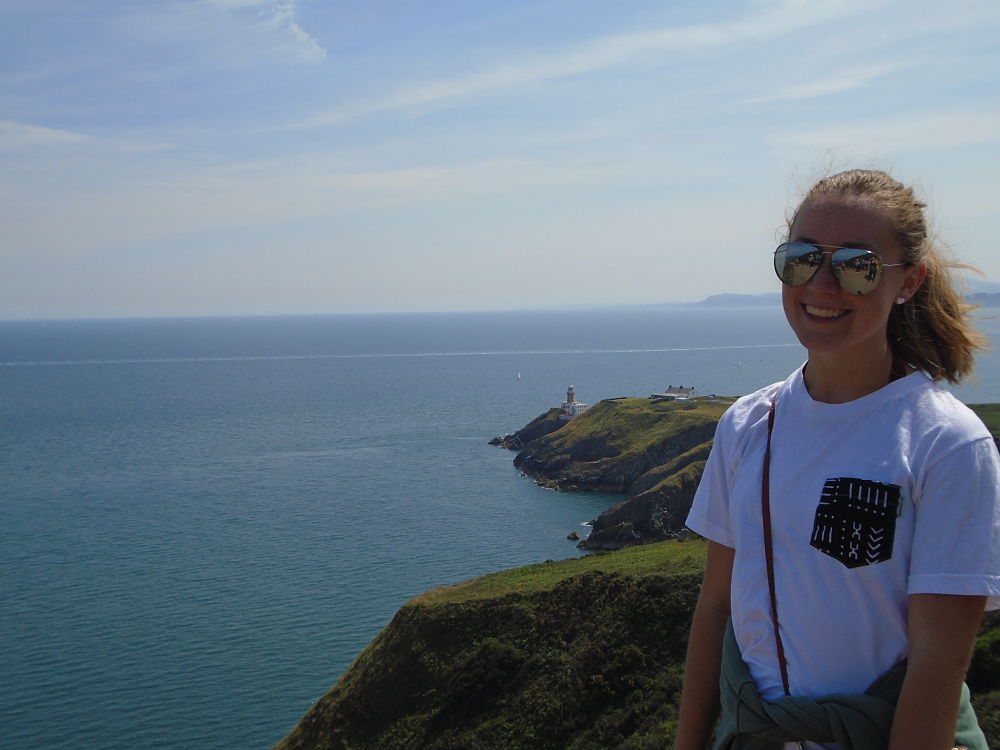 ​Me at Howth, thriving, before I knew what a bad sunburn I was getting.

I’m someone who loves to take pictures of everything, absolutely everything. So being without a phone to be able to take snapshots was difficult, and I did not know when my phone might be working again. So one day last week, I found my way down to the main shopping street in Dublin, called Grafton Street, and bought myself the cheapest digital camera I could find. I’m so glad I did, because not only does the camera take beautiful photos, but that afternoon walk to Grafton Street was the day Dublin became home. It was the first sunny day the city had since I’d arrived. The weather in itself lifted my spirits, but it also meant that busy Grafton Street was populated with street musicians! On every block there was an incredibly talented singer, and I spent time listening to each one. Afterwards, I bought a sandwich, and armed with my camera, went to have a picnic in St. Stephen’s Green, which is a beautiful park right next to Grafton Street. It seemed like everyone in Dublin had come out to the park that day; countless groups of friends were spread across the grass, lying in the sun. Grafton Street and St. Stephen’s Green are now my favorite area in the city, and they’re only a straight half hour walk from where I stay. This is another good thing that came from not having a phone; having to memorize the directions to work and other places if I needed to go somewhere alone was something which I thought of as an inconvenience at the time but am now grateful for. It means that I actually learned my way around the streets of Dublin better and more quickly than I would if I had been able to rely on google maps, and so now it really does feel like home. 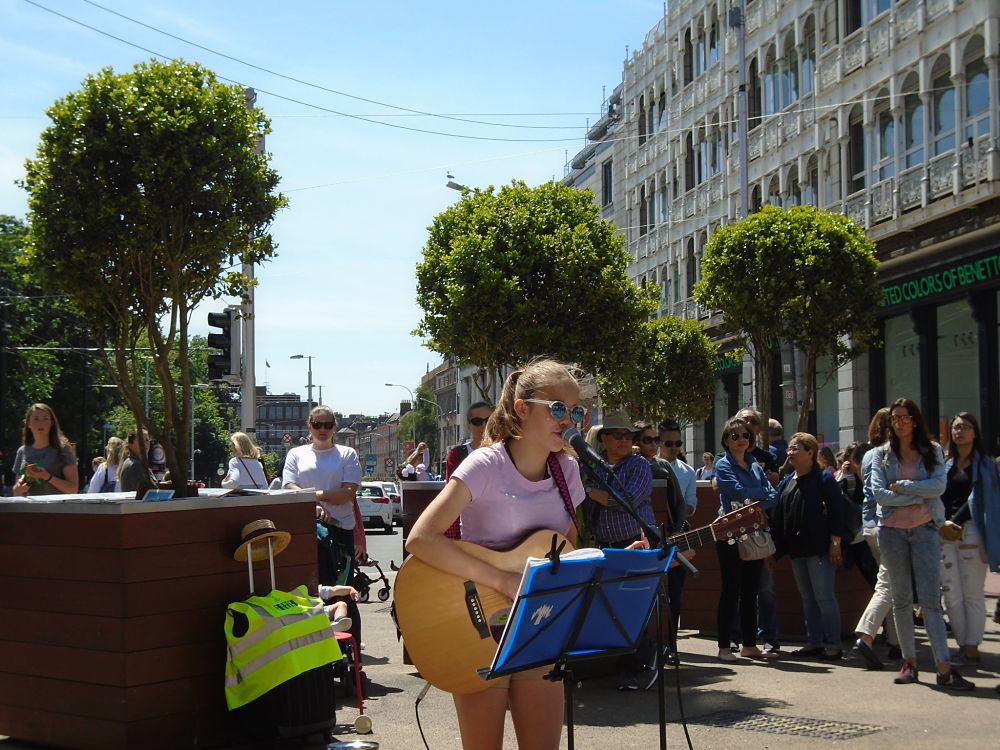 ​At the corner of Grafton Street and St. Stephen’s Green, this girl sang Leonard Cohen’s “Hallelujah” and it was angelic. 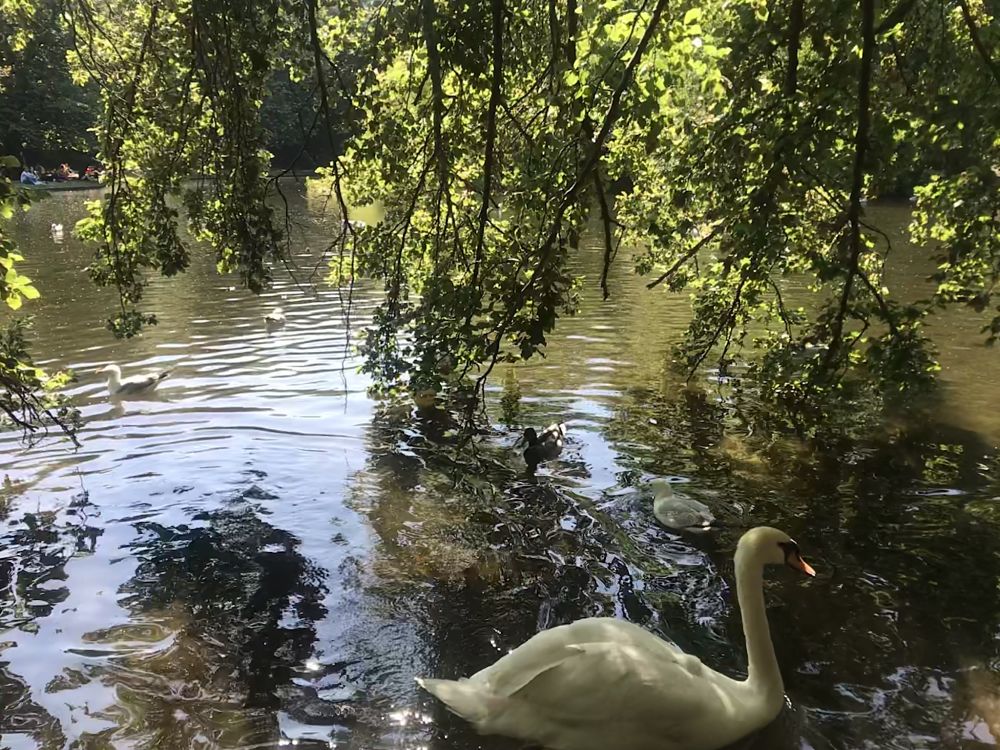 This swan lives in the pond at St. Stephen’s Green in the heart of Dublin.

Speaking of ‘home’, I should say a little bit about what I do at my internship. This summer I’m a Policy Intern for Respond Housing Association at their Dublin office. I work in the office of social policy, research, and communications, so I’ve been doing a lot of reading and writing the past week, but there are a lot of other things that go on there too. Respond is an Approved Housing Body here in Ireland, meaning they are a nonprofit that builds and maintains communities of social housing. I did not actually know this (I regret not doing research on my own before travelling here), but Ireland is experiencing a prolonged housing crisis. Respond builds affordable housing and also provides temporary accommodation for families experiencing homelessness. This is called the “Family Hub” and is connected to our office in Dublin, so I’m excited to help out with some events planned for the summer with the residents and the staff. Learning about the housing sector and the increase of homelessness here in Ireland has been very interesting so far, and contributing to Respond’s efforts this summer will be experience that I’ll definitely be able to apply back home in Washington, D.C. 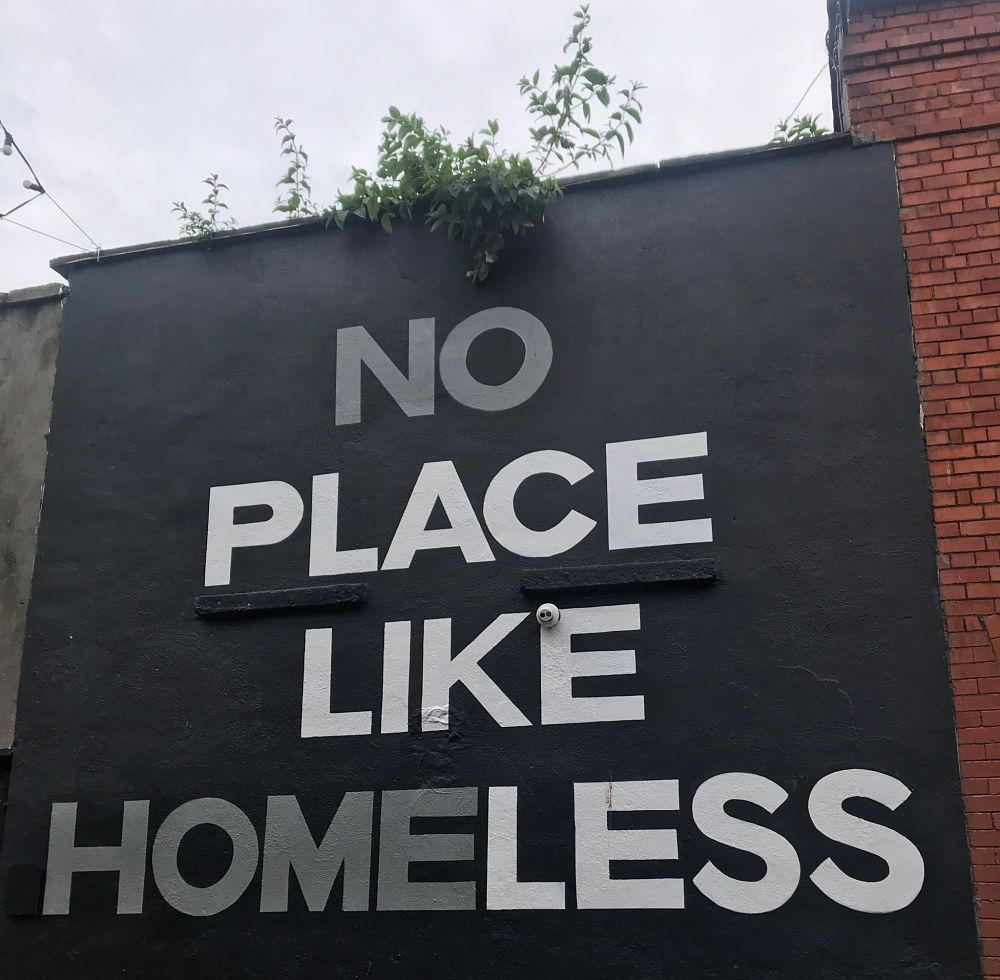 ​This mural in Dublin is part of a street art demonstration about the housing crisis.

It’s usually raining and chilly in Ireland, but there’s a “heat wave” this entire week, which in the U.S. would mean it was going to be 100 degrees out and they’d warn everyone not to be out too much, but in Ireland it means it’s 80 and sunny and perfect summer weather. This is another reason I feel like I’ve had good luck so far on this program. This past weekend, my first weekend in Ireland, I took a day trip to a town called Howth which is on the coast a short train ride north of Dublin. I went with a few other interns from the program, and we did a hike called the Cliff Walk with some of the most incredible views; you can see why Ireland’s called the “Emerald Isle”. I also felt that it was the Luck of the Irish for me to have found people with similar interests to me, who would go on such a long hike. It was great to be out in nature and get exercise after having sat in an office at my internship the whole week, and I plan to spend every weekend on little excursions like that. Next weekend there’s actually a group trip to the Cliffs of Moher and Galway with my program, so stay tuned! 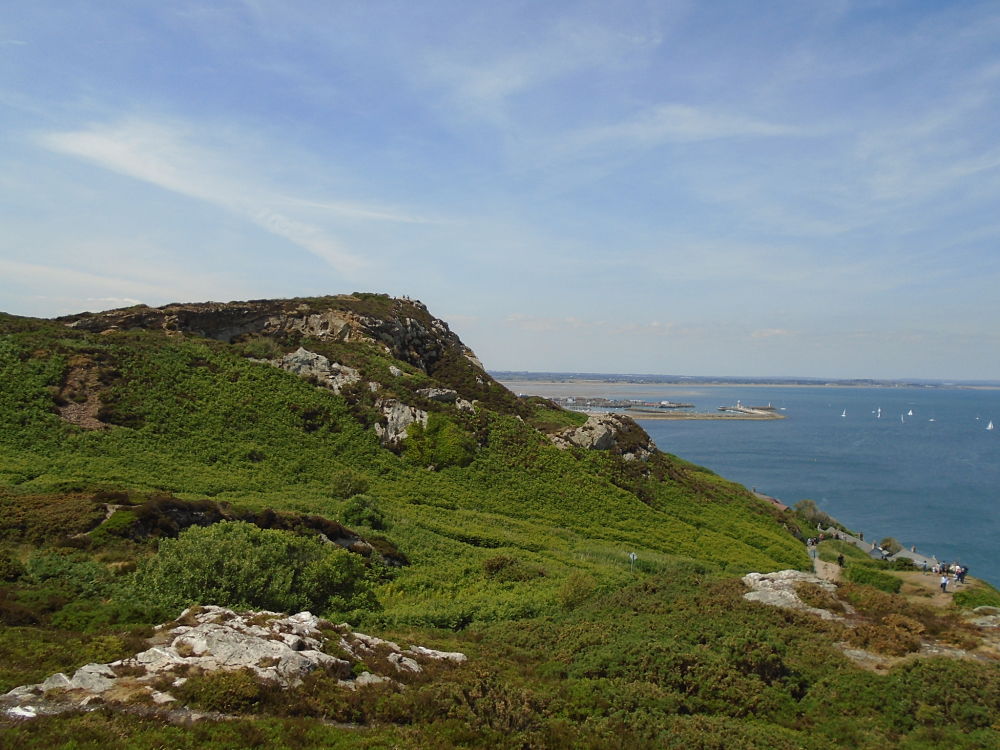 ​The view from the summit of Howth