It’s time to focus on some of the more “traditional” Japanese events that I’ve been attending. Seeing that my past couple of posts have had a bigger emphasis on cartoon characters and plastic fish, I think that it’s important to stray away from those topics for a while and touch on the older, more time-honored aspects of Japan.

Japanese people have a saying- they are born into Shintoism, and die with Buddhism. No doubt referencing the balance between the country’s two big religions. “Shinto has the shrine, Buddhism has the temple,” a Japanese tour guide explained to us. But the traditions that are practiced are not limited to those sacred spots; they have branched out to every part of Japanese society, and have influenced on many forms of Japanese art, sports, and theatrical productions.

Several weeks ago, I had the privilege to attend a big “Sumo Tournament”- literally a large competition between numerous sumo wrestlers. Sumo wrestling is interesting as it has a popularity and fan base that can be compared to many American sports, but also features many aspects of the Shinto religion that it originally stemmed from. The officiator (called a Gyōji) is dressed in clothing similar to that of a Shinto priest, and the Sumo Ring- a small circular area where the action takes place- is seen as sacred ground. Salt is even thrown onto it before each match to purify the area.

Because of these ceremonial practices, the sport gives off a vibe of intense honor and respect, far beyond the levels that one would see at a common baseball or soccer game. Despite this, the action and competition is just as fun and exciting. I was never aware until recently that a sumo match is only a few seconds in length. As the goal for a wrestler is to knock his opponent down- whether it be through physical strength or simply getting him to step out of the ring- many of the matches do not take very long once the action begins. Prior to this, the wrestlers may taunt and size each other up- an entertaining element if it doesn’t go on for too long. Once the real fun begins, however, you really get a taste of the immense strength and power that these guys have. 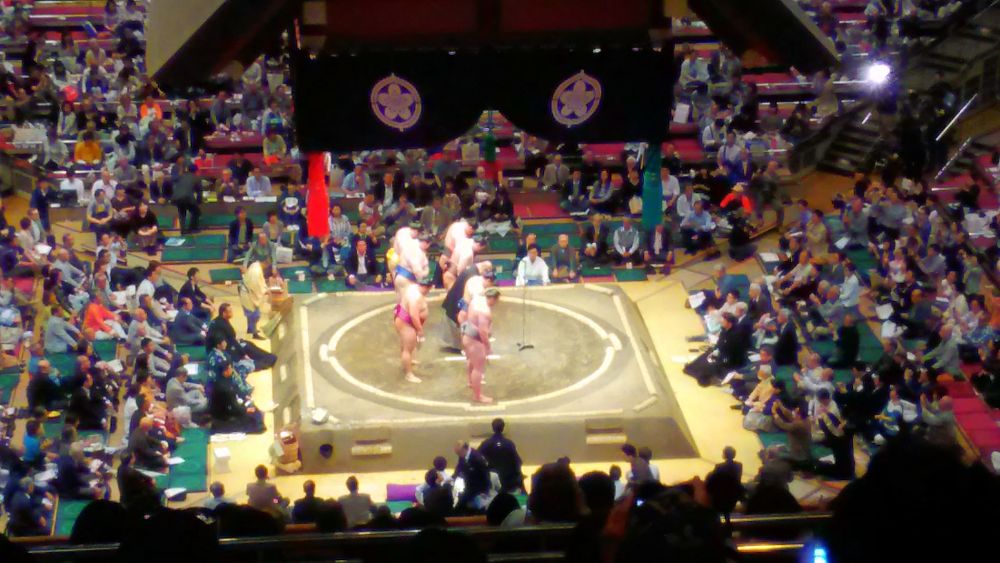 Sumo wrestlers before the start of the tournament.

Of course, I can’t keep writing about this type of thing without mentioning the obvious- Sumo wrestlers are huge. They have the flexibility and speed of frogs, with the strength and weight of grizzly bears. It turns out that the choice to become a Sumo wrestler is also a devoted lifestyle. Those who choose the path attend a special school where they train, gain mass, and build their way up the ranks in hopes of becoming a yokozuna (the highest rank that can be reached by a wrestler). They’re usually shut out from the world, and must wear traditional garb, footwear, and hairstyles at all times, everywhere they go. They’re not allowed to drive cars, as it isn’t deemed to be safe for them, and must take the train. They also eat a special meal- a stew called Nabe- which is stuffed full of everything under the sun as a way to help gain weight. After seeing what it takes to become a wrestler, and seeing what they can do in only a matter of seconds, my respect for the sport has definitely increased.

While the sumo tournament was one of the highlights of my trip and a very memorable experience, there were other nearby places and museums within walking distance of the stadium. A fun visit was the Edo Museum, a massive building that showcases many aspects of Japanese culture and civilization from before the 20th Century. With scale models, interactive displays, and life-sized replicas of specific structures and bridges, the museum did a great job with taking me back in time and helping me to understand what Japanese life might have been like in the decades before today’s generation. At times, walking around felt less like a museum and more like being on the set of a movie about feudal Japan. I also attended a temporary “Water World” exhibit, which showcased the original drawings and printings by the artist Hokusai. That name might not sound familiar, but there is no doubt that you’ve heard of this man’s work; he’s the artist behind the famous “Great Wave” print! I was quite surprised to learn that the actual drawing is, in fact, much smaller in person- it’s about the size of a sheet of printer paper. 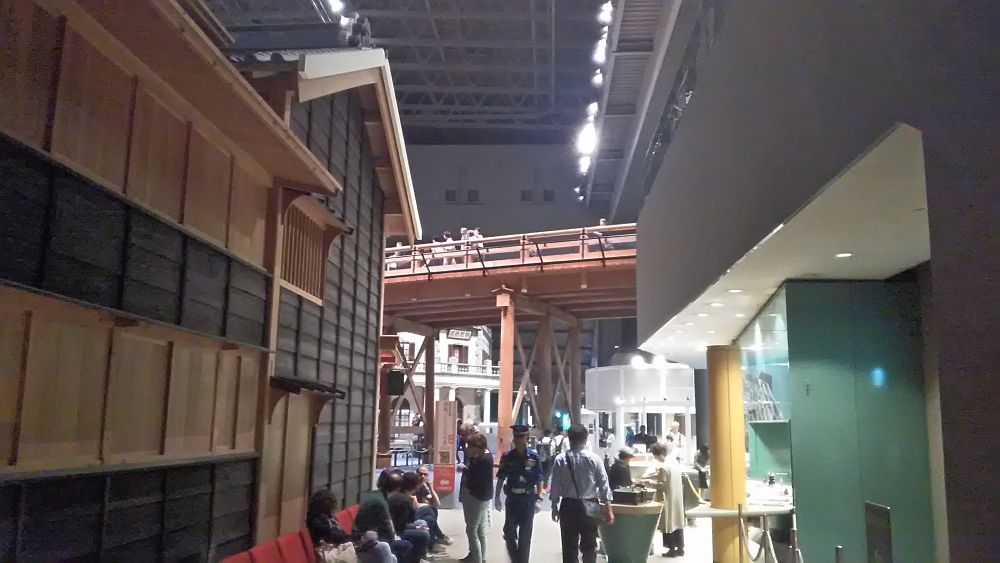 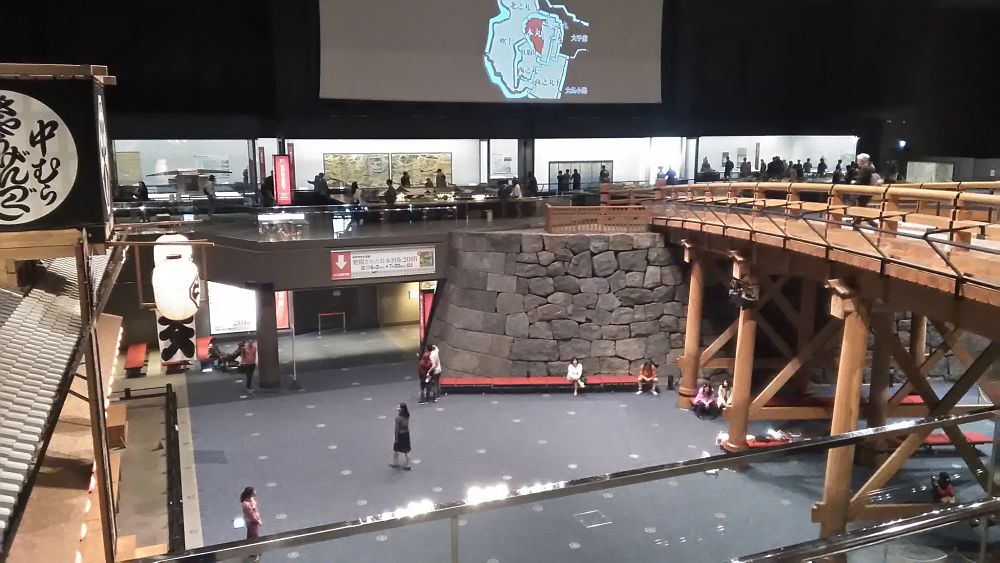 I also had the recent privilege to attend the performance of a kabuki play- a unique style of theater that focuses on movement more than dialogue and taking advantage of sound and sight. Like sumo, this was something that I had read about but never gotten the chance to actually see. Since I enjoy watching plays and being involved with the performing arts, it was a lot of fun to get to see a new direction that could be taken with performing. I was also especially lucky that the first half of the show was more so an introduction to the concept of kabuki, with a theater actor guiding the audience through the story that would unfold and how it would be performed. From this, I learned many of the techniques and tricks that are used to make kabuki theater come to life. It would be fun to incorporate some of those concepts into aspects of American theater.

Getting to see how Japan has evolved over time gives a very different perspective from what I’ve seen in American history. Between the art, sports, and other cultural aspects, there’s a lot that can be said about the way Japan’s culture and values have been shaped. It’s hard to believe that the country was still in a somewhat feudal state while events like the Civil War were unfolding in America. But I guess that’s what makes each of those places unique to one another. And having variety makes the world a lot more interesting of a place.