Stateside, I think we all have a vague conception of Europe as ancient, steeped in history. It’s older than our toddler of a country can hope to understand, and exists in some kind of mythic, beautiful other world. We accept this romantic narrative of lazy Italian villas in the summer, the age-old tradition of fresh bread from a local baker, and the ruins of a city playing backdrop while pining, gorgeous locals clutch a goodbye letter from their American lover, bracing themselves for that final, cheesy meet-at-the-airport-gate scene. And you know what, to some extent, that’s right. Well, parts of it.

Aix is old. Absurdly old. It was established in 123 BC by Roman settlement, and has been continuously inhabited since that time. Just to be completely clear, and at the risk of beating a point to death before I’ve even started: I’m living in a town which is, quite factually, older than Jesus Christ.

My hometown is Bedford, New Hampshire, which was founded in 1733, and even then, it wasn’t “Bedford” yet; it was “Narragansett, No. 5.” (It couldn’t even manage to be be Narragansett No. 1.) I’m not accustomed to living in a town so steeped in history and so overtly begging you to listen to it.

Yes, this is the journal where I tell you about the Old World Magic of Europe and earn my place in the ranks of basic, shallow study-abroad’ers. I’ll beg a bit of indulgence though, because as played out as that point is, I want to use it in the service of something greater. 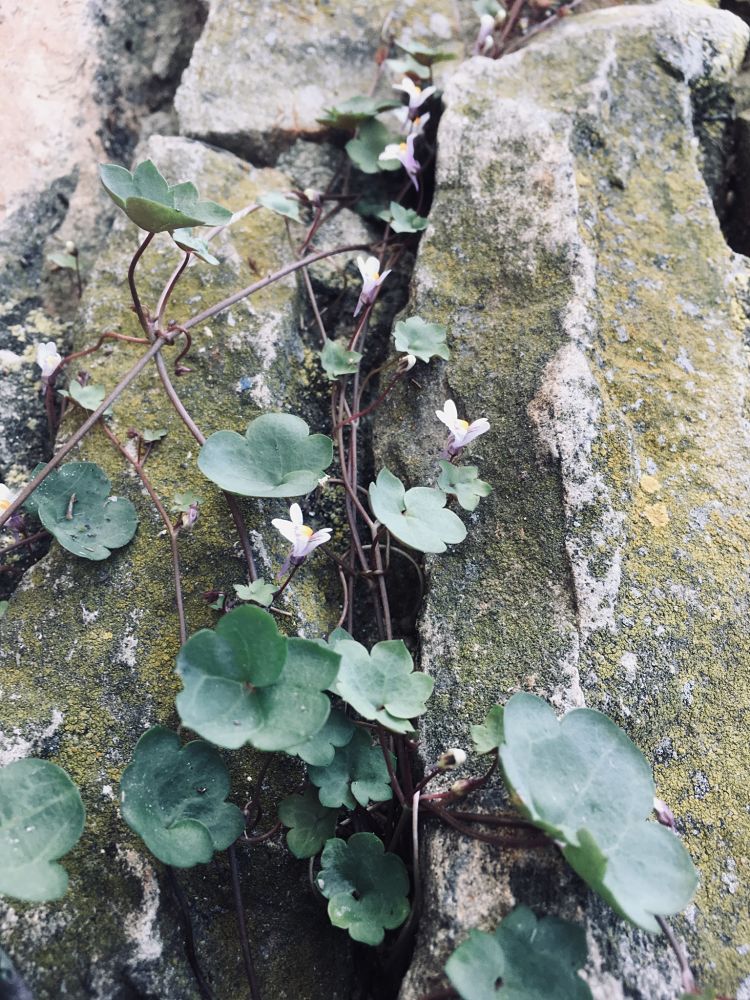 Flowers by the beach in Cassis. It’s the little things that make a place’s spirit.

I’ve been attempting to blend in with the locals here for about three weeks now, accommodating such unusual habits as refusing to smile at people on the street and the mandatory ‘say goodbye the bus driver every day like you’re all old friends’ ritual, but there are some particularities I haven’t mastered yet. Chief among these is the ease with which people pass by the crumbling remnants of a Roman rampart without a bit of discreet gawking. The cathedral in Aix spans the architectural styles of approximately 1800 years, and no one else is floored just trying to wrap their head around that. It’s both a blessing and a curse that I see this city with a foreigner’s eyes; I see it without expectation and without presumption.

Anyone who knows me can tell you I’m not the sight-seeing type. I don’t do tours, I don’t ask for maps, and I don’t tolerate when my traveling group comes to a halt in the middle of a street to share a tidbit about a statue (sidebar: anyone who lives in a city and can still block up roads like this is an animal and needs to get a stern talking to. We pull off to the side of traffic like respectable persons or we just keep walking. City sidewalk privileges should be revoked from those that can’t get with the program). So when I say I’m enamoured with the history of this city, it isn’t coming from a backpack-toting, 7-landmarks-a-day sort of traveler. Maybe that makes it more meaningful, but more than likely it just evidences how a good ruin can awaken the tacky tourist in all of us. 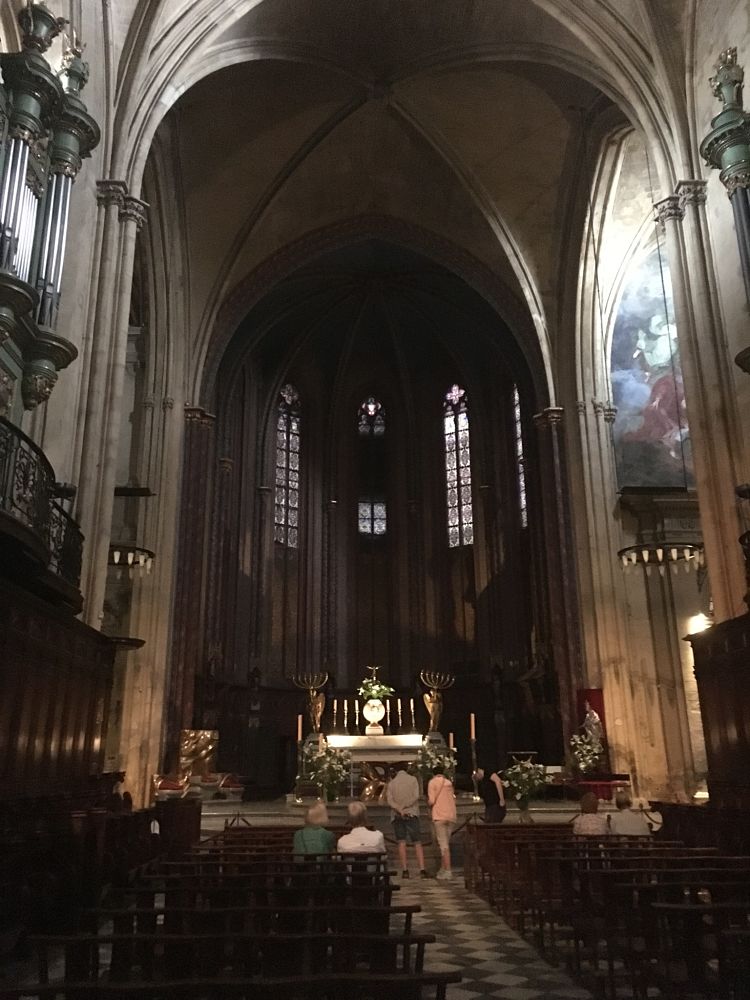 The gothic portion of Aix’s cathedral (which is flanked by romanesque and neo-gothic wings.)

There’s no question that this place is gorgeous. I’d be remiss if I didn’t give the well-earned recommendation as a travel destination, but surprisingly it isn’t the beauty that’s got me thinking this week. It’s those people — those people passing by in complete indifference.

How do you get used to something like this? How do you take it for granted? Well, Micaela, the same way you come to take anything for granted. You forget it’s a privilege.

Folks, it was a long walk but we reached the point: forgetting to enjoy the world around us isn’t unique to this town. It isn’t even unique to Europe. My ho-hum, sleepy town I mentioned before? I didn’t even know about its founding until today, researching for my incredulous statement above. It was a military base for Massachusetts soldiers (which really goes to show that Massachusetts folks have always been hiking up to New Hampshire in search of greener pastures and no sales tax. It’s just a fact). What else have I overlooked in my own history? I am privileged to live where I do, to attend school where I do, and to be able to forget as much. I’m related to two U.S. presidents, and the man who wrote the most relied-upon narrative of the Salem Witch Trials, and you know, I’ve never appreciated that outside of its value as a fun fact at icebreakers I don’t want to participate in. How much do I not see? How much is getting lost in the shorthand my brain uses to parse through the ludicrous amount of information it receives every day.

I’d like to say I’ll come home with a fresh eye to what I know — that I’ll cut out that shorthand and give my own history its due, but I think we all know that promises like that are made to be broken. It would be out of touch and arrogant of me to impose any sort of direction like that onto you, too, reader.

What I’ve learned is that it’s in travel — in contact with the forgotten wonders of others, that we start to recognize our own. Maybe it’s only when we pull away from our little spot in the world that we can see it whole, from a vantage point where others around you are missing their own histories.

But some of us manage to see through the comfortable haze.

Notre-Dame de Paris is emblematic of not only its city but of its country. Not so long ago it was in complete disrepair, crumbling and forgotten. A gentleman by the name of Victor Hugo with a love for architecture that was maybe a little inordinate saw this and felt his heart break. So he wrote a book in which he cautioned “This will destroy that. The book will destroy the edifice” (ironically, considering that he was writing a book himself). It was a book that had characters, and an at least serviceably interesting plot, but its star was Notre-Dame itself, and its grandiosity so thoroughly ignored for so long.

We know this book in the English speaking world as The Hunchback of Notre Dame and this book, a manifestation of Hugo’s fierce campaigning, awoke Paris to the marvel it had in its cathedral, and centuries later we are lucky enough to see it, and so many Parisians are able to neglect it, because for a moment it was noticed again, and that moment was long enough to build a competent preservation group. 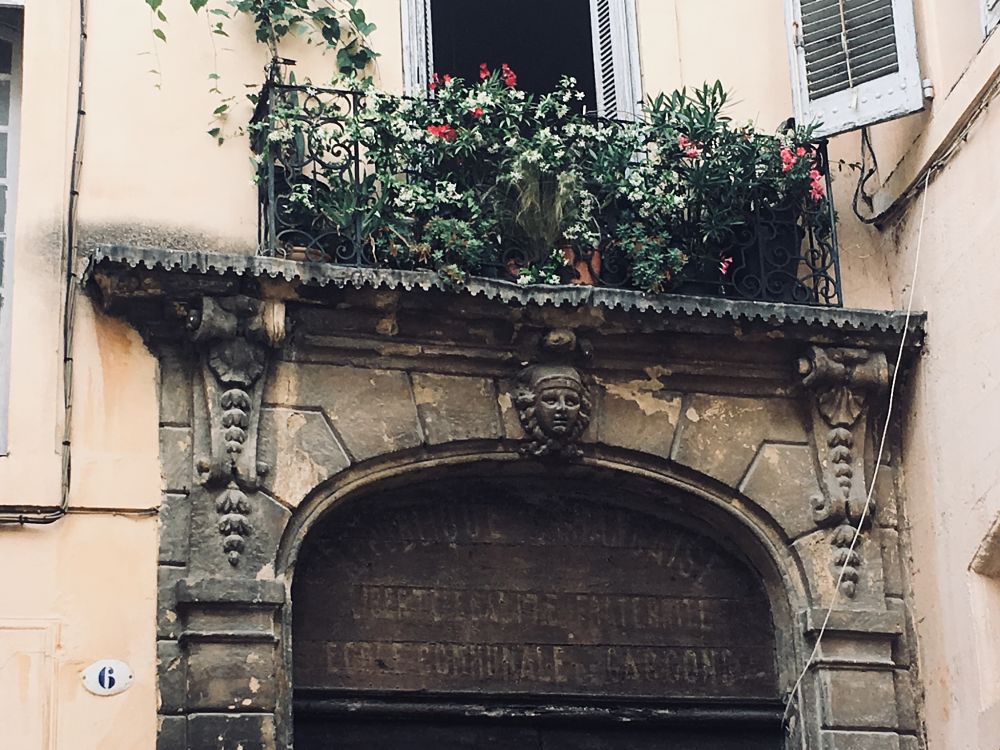 Aix has novel-worthy architecture of its own, and the added beauty of being lived in, and living.

We’re not without hope to wake up to what we have. It’s happened more than we realize, and will continue to happen, even if only on the cheap and brute power of nostalgia that keeps our grandparents saying “in my day…!”

2 thoughts on “This Will Destroy That”