I like to be good at things. I think I can safely say that everyone likes to be good at something or other. We often build a sense of identity around the things we’re good at, whether you would define yourself as athletic, artistic, intellectual, funny, hard working, or charming, there’s some part of your personality that you lay claim to, and when someone asks you who you are, that thing is what comes to mind (whether you feel confident enough to say it or not). It’s a comfort object, like that favorite toy you had as a kid, and you hold it quietly in your hand or your pocket to run your fingers over it and feel safe when things aren’t going so well. You might have messed up x, y, or z, but you tell yourself that’s just “not your thing” and in your thing? In that you are a rockstar.

But what do you do when that fragment of identity is questioned? What comfort do you have?

My thing is being well spoken. Not always bright, and not always personable, but it would never be said of me that I was inarticulate, or that I didn’t know what I was saying. It’s now been a little over a week since I moved in with my host family in Aix-en-Provence, and that week has completely robbed me of that safety. For anyone who’s never had to use a second language to communicate, this experience can be hard to grasp. It’s like being on a choppy phone call where you can only hear every third word, but it’s you on both ends of the line, and your brain and your mouth just keep yelling louder and more pointlessly, “you’re breaking up!” You chat with your friends, someone sets up a great joke for you, and you can’t even string together the words to land it. You repeat yourself four times to a cashier and when they finally nod, you feel like you’ve gone through all five stages of grieving for your dignity. You get used to the look of confusion and disinterest in people’s face when they talk to you. Maybe they understood or maybe they didn’t; nothing you’ve been able to say is deep enough to require thought from them. 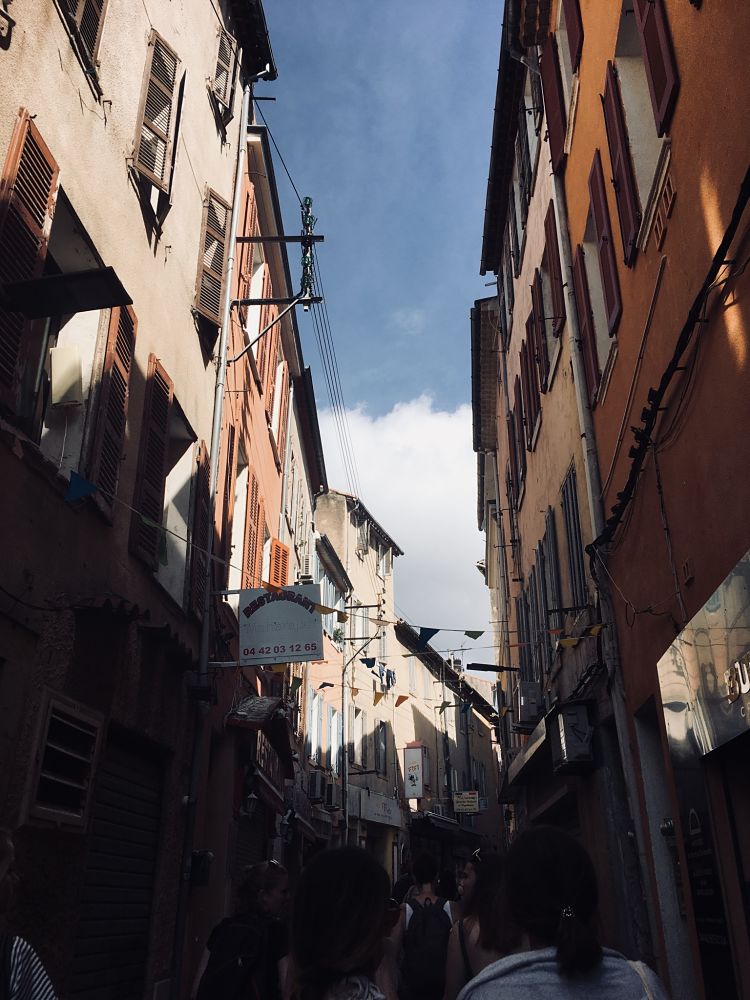 La Ciotat, home of the world’s oldest movie theatre and many kind locals who were patient with my French.

Between quaint old town dejeuners and beach excursions, friends here in the French program have relayed to me not only the simple frustration of not being understood, but also the fear that no one will “like them in that language.” Without their sense of humor, how do they make friends? People who might have found them fascinating in English find them boring and redundant in French. It’s a feeling I think no one ever warned me about, and for which I was not prepared. Identity is a slippery sort of thing, but these rudimentary features are the meager footholds we have, and having them taken away can be startling and disorienting.

I’m challenged now to understand myself as something — or someone — else. These people will never know me as exceptionally witty, or quick with a comeback, or as the debate monger my anglophone family and friends know, and I have to learn to accept that and figure out what makes me me to these new acquaintances. It feels debilitating, and in many ways, it feels like loss, both of potential friends and of myself. How do I translate myself into French, and what grammatical rule am I tripping over that renders me lost in that translation?

But there is something wonderful to be learned here. Many of us know folks stateside who learn English as a second, third, or even fourth language. Maybe they speak beautifully, or maybe they struggle. When we think of these people, we sometimes make the judgement that they are unintelligent or dull. I think it’s about time to challenge ourselves to think otherwise though. Imagine how they could craft conversation, how they could express themselves, if you heard them unfiltered through the strain of translation. What side of this friend might you miss out on, and what about them could you still have to learn and appreciate?

To my friends considering an immersion experience like mine who just read that with a pit in their stomach, take a breath. Now take another. Don’t panic. I have good news for you. The process is hard, but it works. Taking the leap and letting yourself make mistakes is the only way you’ll ever get better, and with good friends, even when you stumble over the same sentence seventeen times, they wait, they listen, and they understand. Remember that: there are people who will understand you. Fellow students feel the same strain. Professors know there’s more to you than the grammatical errors you turn in with your essays. 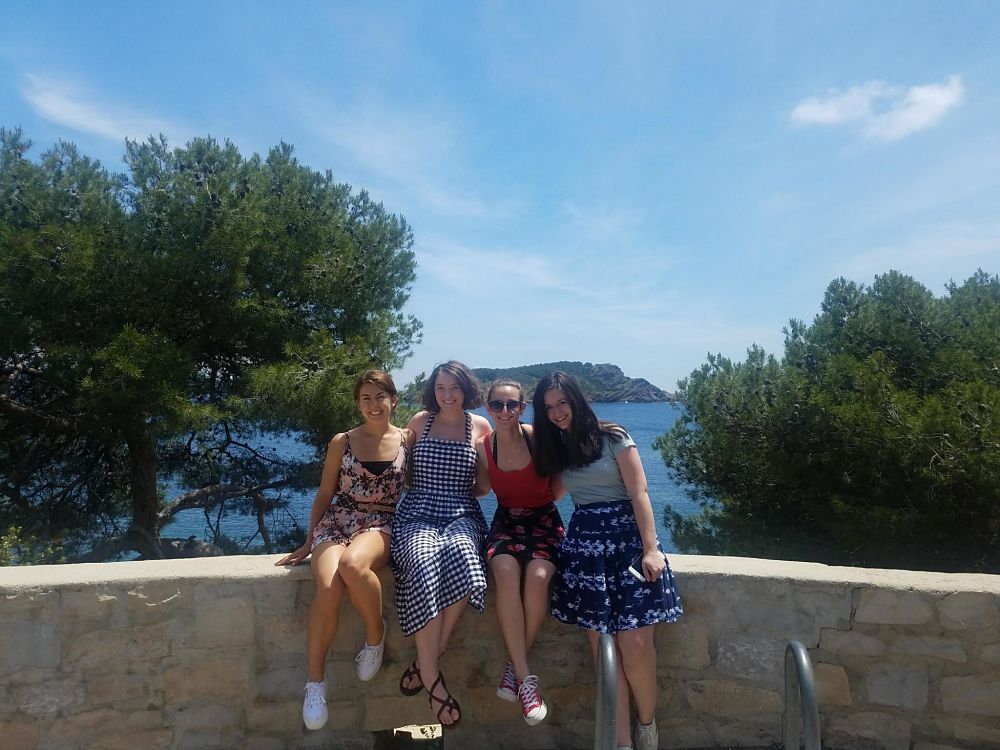 The friends that struggle to use the conditional past together stay together.

Being bad at something feels, as expected, rather awful. Being made to keep doing what you’re bad at feels infuriatingly worse. It’s easy to romanticize that impulse to withdraw, to stay cozy and happy in your thing. As someone who’s currently beating back that impulse with a stick every day, I get it, believe me. Progress only comes when we move, though. What you like about yourself is good, and feeling comfortable where you are is nice, but where you’re comfortable is not a place to stay. To ever win, you have to accept the risk of loss. To ever learn, you have to accept the risk of being wrong.

We translate texts all day long in language classrooms, and I find it fascinating, because as the dweeb that I am, I dream of a career in translation. I get copies of the same book in different languages just to compare them, and I know that many works are translated several times over in attempts to capture what makes them great in their original form. On a trip like this, you’re translating a person, and the syntax doesn’t always come together, but look to the old stuffy books and remember that their translations carry power in how we read them. With a little patience and care, you’ll work through the rough but functional first edition of you and find how to piece yourself back together in another language with true fluency and flare.