It’s often said that the stories that stand the test of time are the ones that speak to us in relatable ways — they get right down into something gritty and human about our experiences, and this is why we keep them around. Now, I believe that’s a pretty accurate statement, but for the absolute life of me I’ve never understood how Homer’s Odyssey could make the list of “relatable” unless you’ve been in the very specific circumstance of returning from war and taking 20 years to do it (also recommended: fighting with at least one god and accidentally getting all your friends turned into pigs). Writing this blog, however, on the other side of a 3 day trip that, in its most practical form takes maybe 8 hours, I feel like I finally understand the primal humanity I share with Odysseus, the sorry guy who just wants to get where he’s going.

Now I’m going to sit here writing an almost ludicrous comparison of this trip to a quite literally epic one, but I hope you’ll heed the exaggerated warning all the same. Travel is a beautiful thing, but to avoid an Odyssey of your own, learning the trials ahead of time can save you a lot of grief. My flight to Marseille was difficult for a number of reasons, though it was a factual success, and I hope there’s something in my mistakes for you to learn from. I should have booked a flight sooner, and while everyone has all kinds of good reasons for not getting around to it, the hard truth is that those prices will over go up the longer you wait. It was because I had waited that my best option financially was to be put on a flight two days before the start of my program, fly overnight through the first leg of the trip, wait through a 9 hour layover, fly another few hours from there, and arrive the day before my program, snagging a hotel for the night in between. My host mother would pick me up the next morning with my housemate, who had the good sense to arrive on time. Looking at it from afar like this my trip seems simple. Long, certainly, but simple. Let’s explore the hurdles that made it something of a trek. Let’s look at the dangers of the layover. 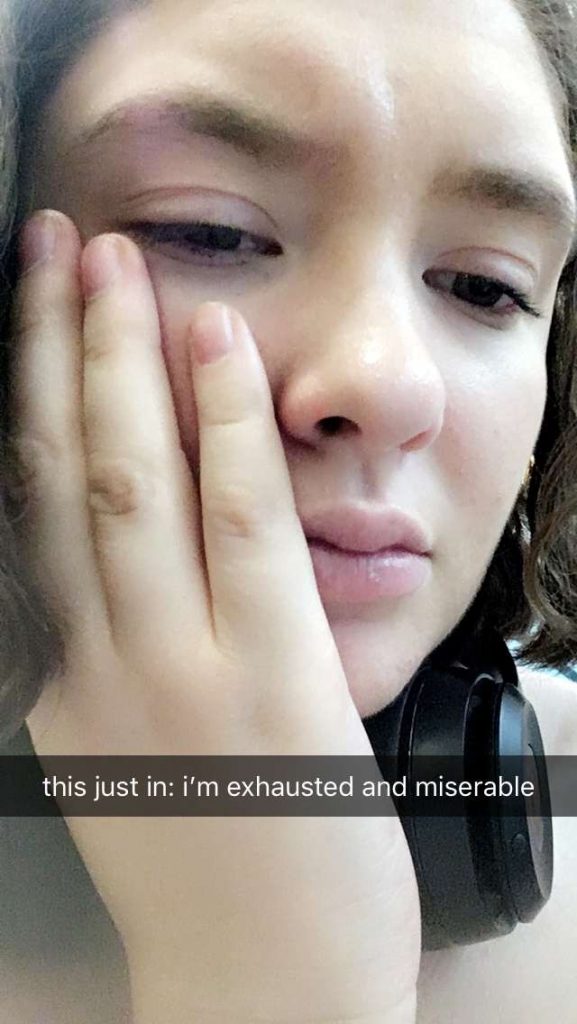 My mistake hits me fully for the first time, 20 minutes into the layover.

The airport is a well documented land of “liminal space,” which is the way fancy people express the idea that you could spend minutes or days there and both would feel as simultaneously endless and instant; time barely exists in an airport, and it’s a place you’re only supposed to briefly pass through to another, hopefully better place. Layovers, on principle, ignore this very sound wisdom. If Homer’s hero had had the word for it, he might have called his entrapment by Calypso a 7 year layover. And like Odysseus, we often walk ourselves into these situations thinking, “Oh, this will be nice! A pit stop to stretch my legs, maybe get some rest before the next flight.” In French, this thought would be called a “fausse bonne idée” or a false good idea. Seems great at the time, but it’s not to be trusted. The hero always gets stuck when they get comfortable, so the word to the wise is don’t plan on getting comfortable. If at all possible, fly continuously, and have the peace of mind knowing that when you get off that plane you really are done.

The temptation to get comfortable isn’t the only one you’ll face, either. There are sirens waiting for you too, and they take the form of that undeniable desire to just close your eyes for one minute, only one minute, and then… and then you’re asleep in the gate and everything goes to hell. Sleeping on a plane, now that is a great idea — if it lines up with the timezone you’re headed to — but all throughout a trip this long you’ll try to convince yourself that a little nap won’t really kill you, and that your jet lag won’t, either. On behalf of your good sense, this is me saying don’t listen to yourself. It’s exhausting, and you may need your metaphorical earplugs to resist this siren (I usually go for some caffeine or, in desperation, some candy), but it’s really worth it to try to nip that jet lag in the bud before it has the chance to get you at your final destination. 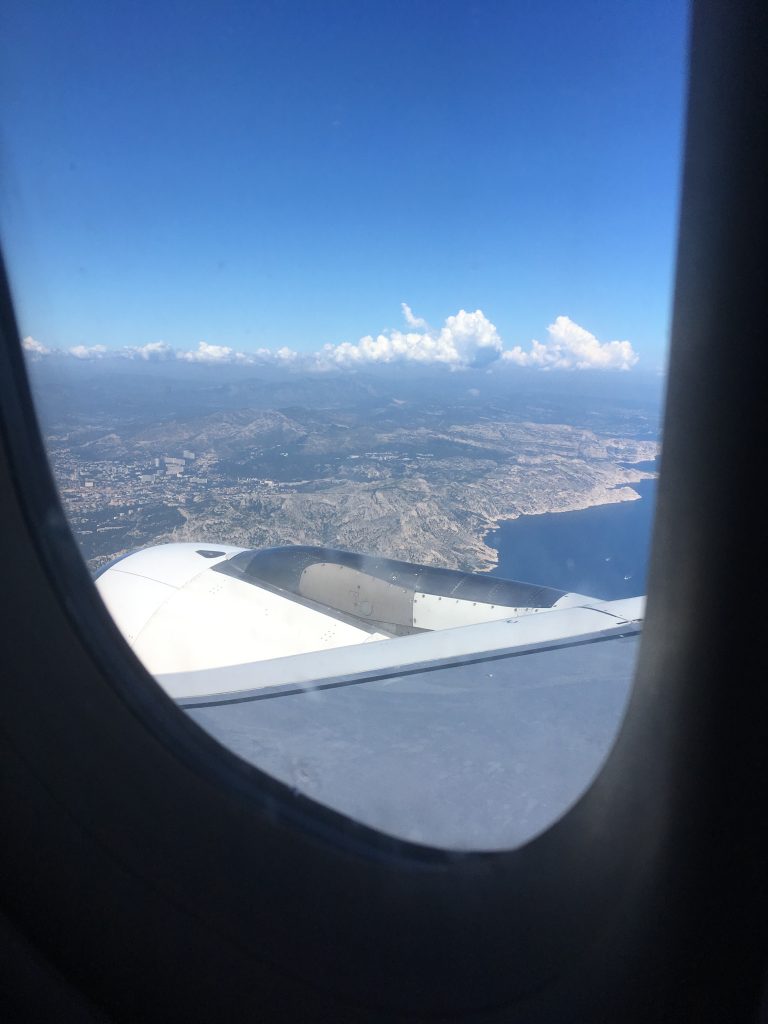 Hope in sight, along with the Côte d’Azur shoreline.

Remaining alert and aware really is the most important thing you can do well in an airport, and it seems like it will rob you of well deserved rest time in a layover, but it’s a necessary pain. You’re facing a sort of Scylla and Charybdis here; either you bite the bullet and wait it out in the gate to keep your eye on the flight’s schedule (gate changes can be fatal, believe me), or you hang out in the lounge, get a leisurely dinner, and miss your boarding. Odysseus had to sacrifice 6 men to Scylla to save the rest of the ship, so when you have to sacrifice a cushier wait for an on time departure, remember that and feel a little better about your own options. 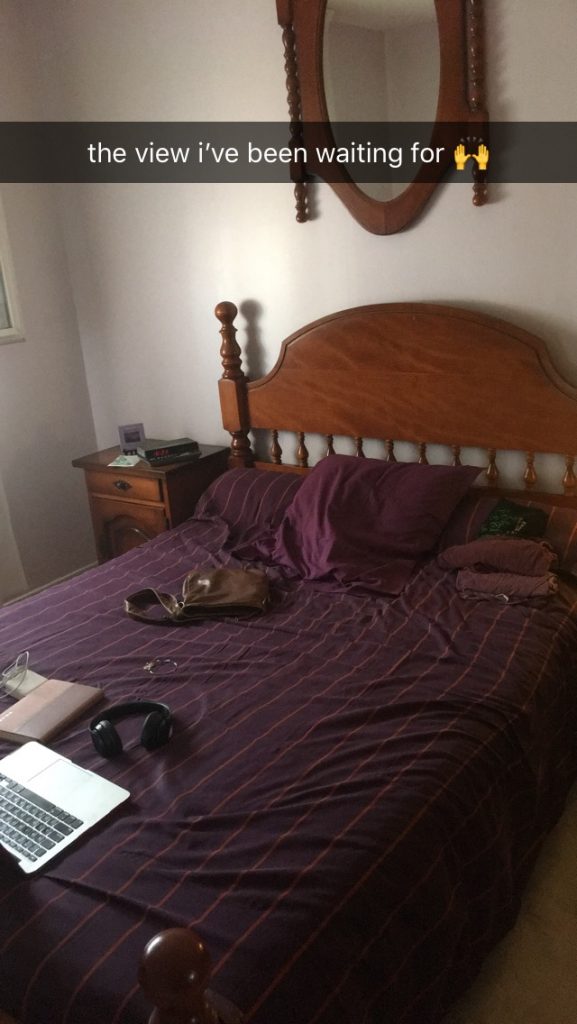 A hard earned reward, or, as some might call it, my homestay bed.

There are the oddballs, though — parts of the trip you really shouldn’t expect to face, but that, with your particular luck, catch you off guard. These are the cyclopes, and though they can be funny to tell later, they generally mean little to you at the time and offer little to learn from. For the laugh in it, I’ll wrap up this entry by sharing mine. My cyclops was being unexpectedly hit on during my layover in Dublin. I don’t imagine the guy will ever read this, yet I’ll be kind to him nonetheless in saying he wasn’t particularly belligerent or rude, but guys, come on, when a girl looks like the kind of mess I did after near 24 hours of travel and is just trying to charge her phone, coming at her with a line about her reminding you of the moon in a starry sky is laying it on thick. (Also, it shouldn’t need to be said but, as friendly advice: the airport is not a place to hit on people. Bad call.) If I’d had the wit to think of it at the time, I would have taken a page from Odysseus in this as well, and given him a fake name when I left, but he was asking for FaceBook, which is harder to lie about, so he’s very welcome in my Restricted List for the two or so days before I remove him. Again, not much educational here (because it shouldn’t need to be taught that this is a bad way to try to pick up dates), but what I can give as a last note here, is a little word of advice to other girls. If someone does try to approach you, you don’t need to put up with it. It’s okay to play the “Sorry, don’t speak [insert language here]” card. Listen to your gut and don’t feel obliged to accept the advance. I did, and it was uncomfortable as anything. Know that you don’t owe any boy anything, not even in the absolutely ridiculous and mythical world of airport layovers.