More often than not I find myself overestimating my abilities. This may have come to my detriment when filling out the housing questionnaire for my study abroad trip. On the questionnaire I emphasized my desire to be in a household that I was able to practice Spanish. In my mind I was going to be able to speak fluent Spanish by the end of the month long program. I mean I know how to conjugate -ar, -ir, and -er verbs, what more could you ask for? Another piece of evidence I used to justify my unobtainable goal, was then fact that while in Cuba I was able to order food on my own and asked for directions in Spanish. Of course, I failed to remember the strange looks on native speakers faces when I uttered grammatically incorrect phrases. I simply remembered the fact that I spoke Spanish, and I received an answer in Spanish, which I partially understood.

My overzealous answers to the questionnaire placed me with a host mom that does not speak any English. My lovely host mother Carmen knows singular words in English, which she uses only when me and my roommate stare at her blankly. While Carmen’s son, Roberto, speaks fluent English and was able to  join his mom when picking me up from the airport. He translated while Carmen took me on the tour of their beautiful home. Shortly after our tour he left. There was just me and Carmen. Towards the end of the tour of the house Carmen asked me if I wanted coffee since I told I had been up since 2 am preparing for my flight. She made coffee for me while I sat at the kitchen counter. 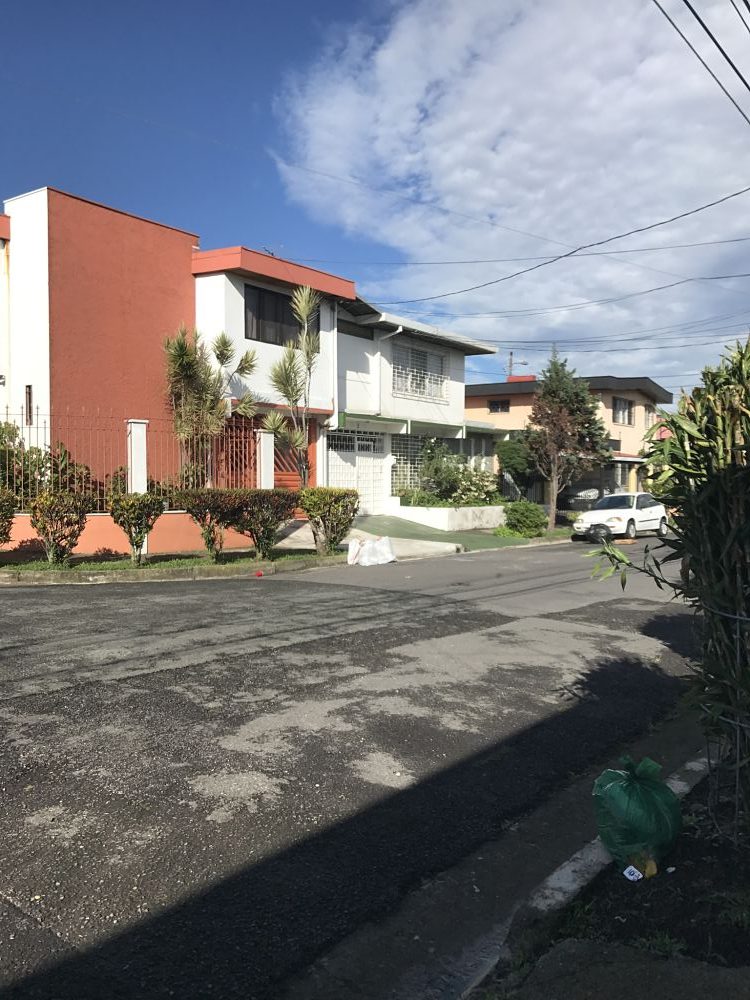 The street where myself and other host families live

At first, we sat there in silence. After about 10 to 15 minutes she asked me a question. I responded the best I could in Spanish. I often forgot verbs or conjugated the verb incorrectly, but somehow she knew what I was saying. Before long I realized we had been talking for two hours. We quickly found a pattern in our communication. She would ask me a basic question in Spanish, whether it be about my family or what life was like at my university. I would formulate a few broken words in Spanish based off what I said, she would put together a sentence for me. If the sentence accurately depicted what I was trying to say I would ethuiastically respond with “Si”. By the end of the conversation we were able to find a happy medium. This first day and the following four days have taught me a lot about the various factors of learning a language.

One of the most important factors is confidence. There have been multiple moments when my roommate and I will sit down to have dinner with our host mom and we would stumble trying to formulate a sentence. This is not necessarily because we do not know the words but, because we realize everyone is staring at us waiting to figure out what we are trying to say. My mind houses all the verbs, grammar, and words necessary to communicate but, all of that quickly goes out of the window when I feel put on the spot. In order to get out from under the spotlight it is easy to turn to other English speakers to translate for you. 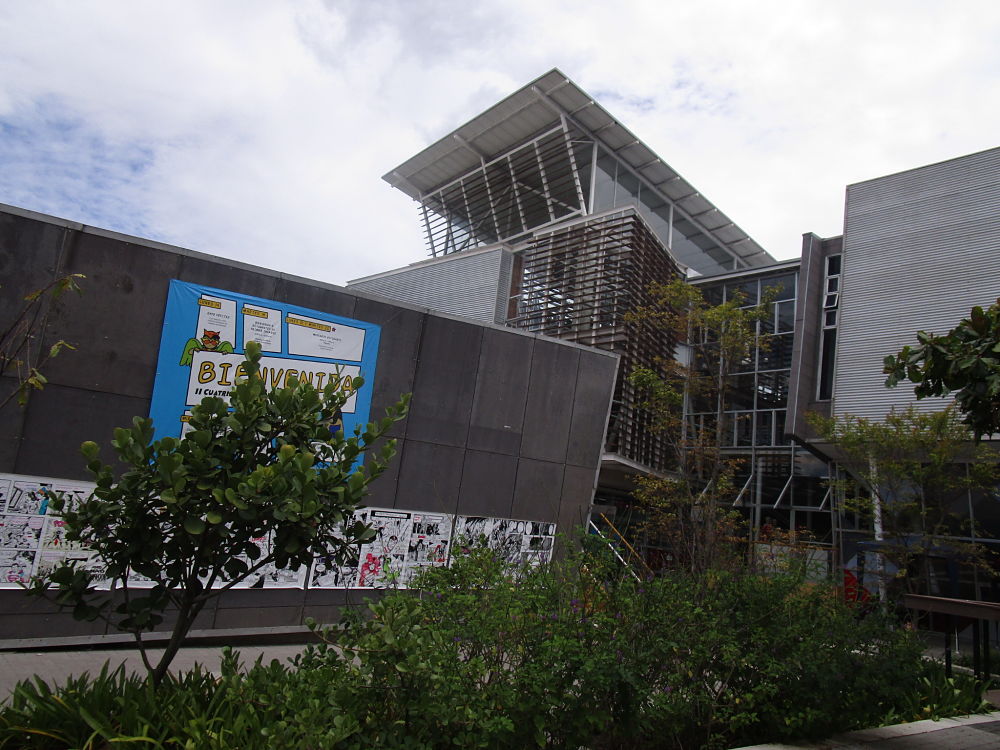 La Universidad Veritas where I will be attending classes

In the past I have dealt with language barriers by relying on other bilingual friends to speak for me. In Costa Rica there are very few opportunities for that to occur. Whether it means I am sitting alone at the table with my host mom; the man at the front desk doesn’t speak English; or a woman stops me down the street starting a conversation with me in Spanish; there are not many ways out of the situation. I have discovered there are two options in these instances; one is to ask the person to repeat what they are saying or simply say “Si” while nodding your head intently.

While I may have been a little disappointed in my Spanish speaking abilities to begin with I have seen immense growth in my ability to communicate with my host family. Although, the goal of speaking fluent Spanish has gone out the window I feel optimistic about where I will be at the end of the program. I already see myself growing and learning everyday.