I’ve finally gotten a free hour to write. Things have already gotten pretty hectic around here now that classes have begun. There’s really no “settling in” at Japanese university; you’re just kind of expected to understand the way things work, and adapt to them. You also don’t want to be late to class. While American universities might have more relaxed rules about showing up, it’s not something that Japanese professors take lightly. As a result, figuring out your commute on top of getting to class on time can be quite the fiasco, especially if something goes wrong along the way (a delay, taking the wrong train, overcrowding, etc.). Sometimes it can get so hectic and packed that you feel like you’re in a herd of cattle. Fortunately, many other students seem to be on the same boat as me, and grouping up to figure things out has led to a lot of new friendships and acquaintances.

The Japanese language is certainly a challenging one, but its difficulty is multiplied by a thousand with the addition of the university’s language course. While the other courses have very simple class structures and are easy to follow (even more so than classes offered in the United States), Japanese language classes are incredibly difficult and demanding. They really drill it into your head here, so much that one can become quite overwhelmed if they’re not up to date! Between its phonetics, complex writing system, and sentence structure, Japanese is much more difficult for me to grasp in comparison to languages like French or Spanish. It is going to take some practice, but being immersed in the country certainly helps. Interacting with students and neighbors improves your Japanese speaking skills, and the various train station signs and surplus of cheap manga are helpful in learning how to read it.

Getting situated into the dorm was also a strange experience for me, because this was the first time in my life where I wasn’t sharing a place with someone else. In that regard, I honestly can’t decide if my room is what one would consider “small” or not. Maybe it could be compared to a basic United States college dorm if it was cut in half, but a bit more compact. Not to mention the fact that Japanese beds and mattresses are a bit harder and “flat” in comparison to those in America (even some hotels have this style of mattress, which can take a little while to get used to if you aren’t expecting it). The dorm also doesn’t have much in terms of walking space, but one doesn’t need it if they’re staying in a city like Tokyo. There’s too much interesting stuff to see and do outside. Unlike the United States, Japanese dorms aren’t really a place to “hang out” so much as they are a place to return to at the end of the day, do homework, and sleep. Most days are spent on campus or exploring other parts of the city. And with such easy access to the train, it sometimes feels wrong to not take advantage of the opportunity. 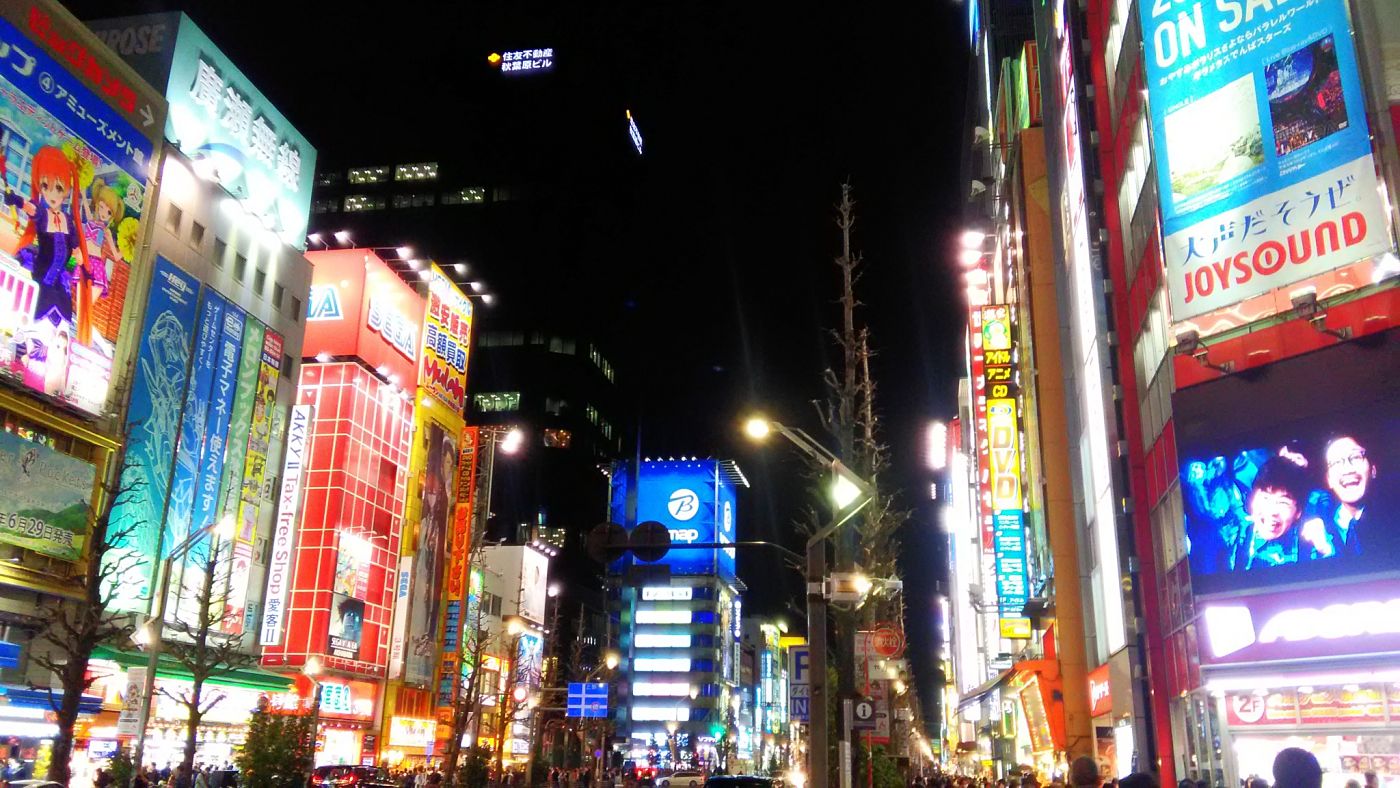 One very nice thing about going to school in Japan is the fact that there are so many things to do after class if you have time- especially on a Friday! Whereas there are some limits on what I can do in my own local area, being Japan is like stepping into the window of another dimension where there is an endless supply of events. Whether you want to go to a special restaurant, museum, park or store, Tokyo seems to have something fun for everyone. One popular area in particular is Electric Town- otherwise known as Akihabara- which is only a few stops from our campus and has the latest in Japanese merchandise and electronics, restaurants, and high-tech arcade games to play. In comparison to the places I’ve been to in the United States, Japan is incredibly advanced on this gaming front, more so than I would have ever imagined… but that’s another blog post for another day.