So, its been a week since my spring break and not that much has happened. Well, actually, I lied. It finally got warm in Prague, which is great because it was a brutal winter compared to living in the East Coast of the U.S. I am so glad that spring is here. It’s my favorite season of the year and it gives me the motivation to go out and see new things in Prague. My friends and I celebrated by going out for ice-cream on Tuesday. We can finally enjoy longer days now that daylight savings is over. Everything about this week and being in Prague has gotten me in a full circle of things. I feel more complete now, and I’m starting to appreciate the little things. I feel like being in Prague has taught me to be self-aware and to appreciate the little things. Studying abroad shows what I am capable of doing on my own and enhances more of my everyday skills. I’ve learnt a lot of new things about myself. For example, I learned it’s not scary growing up and trying new things. I also learned that I cannot live by myself and that that’s okay because I like being around different types of people.

Classes are close to coming to an end and that means finals and projects are coming up. One thing I like about this program is how linked my classes are. They all go back to the heritages and history of the Czech Republic. This makes it easier for me to study and prepare for the end of this semester since studying for one class prepares me for the next. It has been an easy semester and it was well needed because I know after sophomore year, I’ll face hard obstacles in the future semesters to come. Now that I am more than halfway done with the semester, it feels like I don’t want to go home. I finally feel like I belong here. 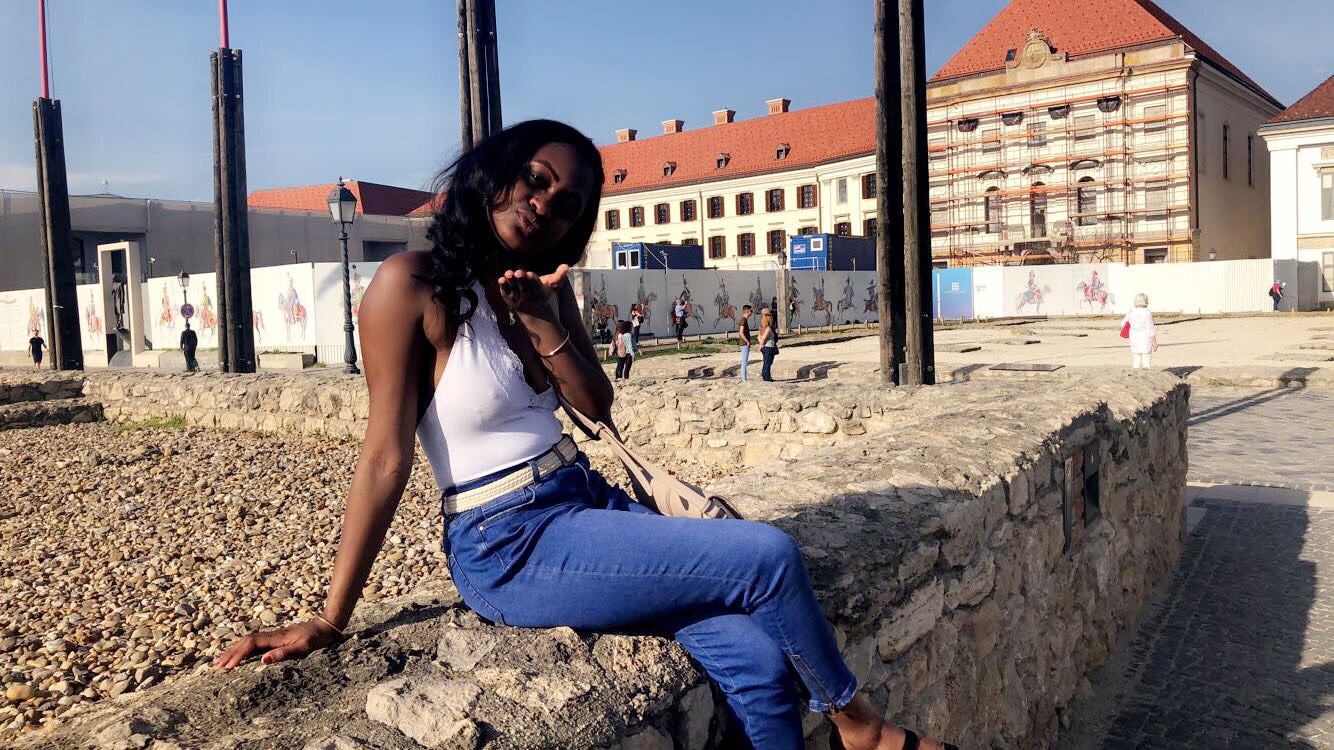 Castle hill aka the Buda side

On Thursday, my friend, Aidan, and I went to Budapest. Let me tell you, it was a long journey, seven hours on a bus. But when we finally got there it was just amazing, like I don’t know how but I felt a great connection with this place. I could see myself living here at some point in my life.

The first thing we did when we got to the hostel was sleep. This was my first hostel that I have ever been to, and it was a lovely environment to be around and the service there was really great. When we arrived to check in, it was in the morning  but our check-in time was not until 2:00pm. However, they were willing to let us check in early which was nice of them. Later, in the day we spent the whole day at the Szechenyi Thermal Spa baths. That was well needed. It was comforting and soothing to spend the day there. It was especially good because the weather was so nice so we could really enjoy the baths. The nightlife in Budapest is so good too! There were a lot of Americans and English people traveling there so going out at night was a good way to meet new people. 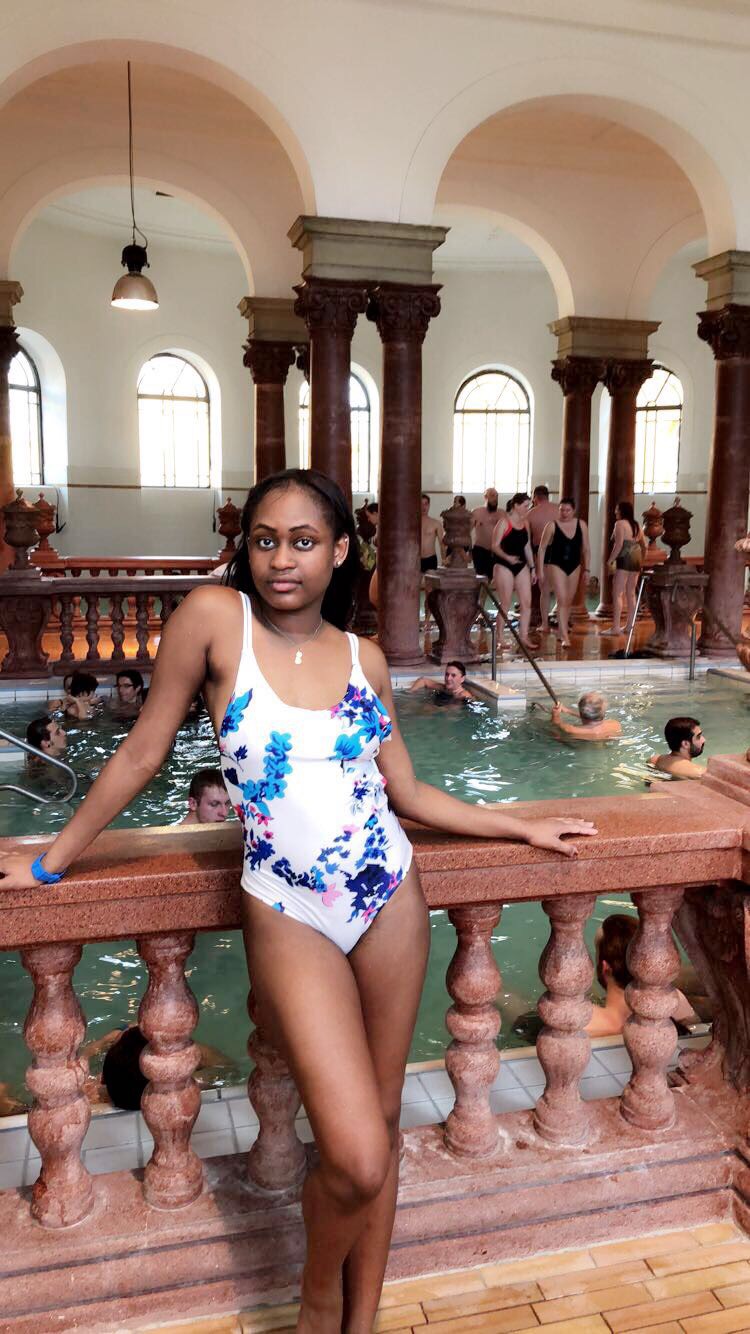 At the thermal spa

Budapest and Prague are known for having stag and bachelorette parties so of course, we saw many groups throughout the whole weekend. It was funny because they were mostly themed parties and costumes. It was cool and entertaining seeing different characters. One thing I noticed about Budapest was their music. Hungary’s capital has so many music halls and buildings, very posh and classic but they also have a lot of vintage stuff. And then the sightseeing! Oh how I love sightseeing! It’s my favorite thing to do in a new place and visiting Hungary sent my love for it over the top. We saw the Danube River where there are at least four bridges. One of them, the Chain Bridge, is split between the two cities: Buda and Pest. One of my favorites to see was the difference between to the two cities which most people think is just one. Buda is more for families and kids and Pest is for young adults and party-goers. From the Jewish quarter to the Castle Hill to Heroes square to the Parliament Building to St. Stephen’s Basilica to the Jewish Memorial, everything was beautiful. It was just a wonderful outlook of Budapest as a whole. This is one of my favorite and I can’t wait to make a second trip there again.