I landed in Narita on a Wednesday. We stayed in a hotel near the airport, shuttled into Tokyo  the  next  morning,  and  got  situated  into  our  dorms  and  homestays.  For some people, adapting seems to come easily. You might have been in the country before, studied kanji, or have a little bit of the language under your belt to hold a conversation. The other demographic are the students  who  have  never  been  out of  the  United  States, and  speak  absolutely  no  Japanese whatsoever. Take a wild guess which group fall under.

It’s only been a few days since arrival, but I’m enjoying the new environment and learning a lot each day. The language is difficult, but with the help from other classmates I’ve started picking up a few words and phrases to get around better. As ridiculous as it might sound, having a Japanese native understand and respond to your rough attempt to ask for chopsticks is quite the feeling. Japan is also interesting because you can be walking around an area that is very quiet and feudal, but turn a corner and end up in a world that’s 25 years ahead of your own. The neat and  compact  nature  of  the  city  leaves  a  labyrinth  of  paths  to  follow  and  places  to  find,  but everything is smooth, efficient, and works well. Incredibly well. Being in Tokyo sometimes feels like being in a massive beehive. 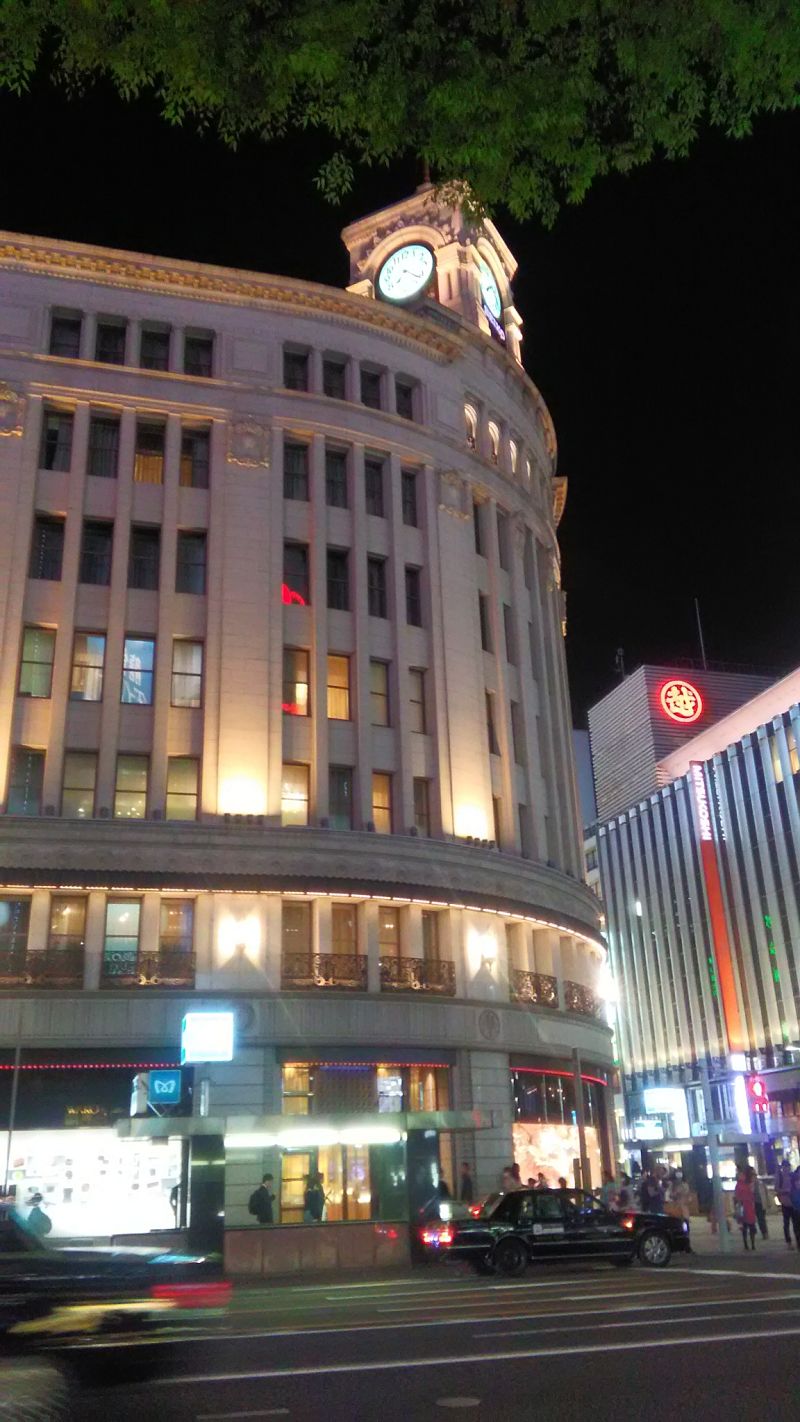 And while we’re on the subject of efficiency, let’s talk about trains. The transit system is a total nightmare at first, but only due to its immense size and scope. In comparison to the trains of cities like New York and Washington DC, I have nothing to complain about. Fast, smooth, and incredibly well-kept, Japan’s railways are years ahead of ours and something of a pleasant surprise to travel with. Trains show up at the station every few minutes, and it’s uncommon for them to be late or break down mid-way through transit. As I mentioned above, the only thing that can really slow a person down is getting lost in the colossal stations for certain stops. If this happens, however, I’ve found that people are incredibly friendly in helping you find your way back on track (no pun intended). 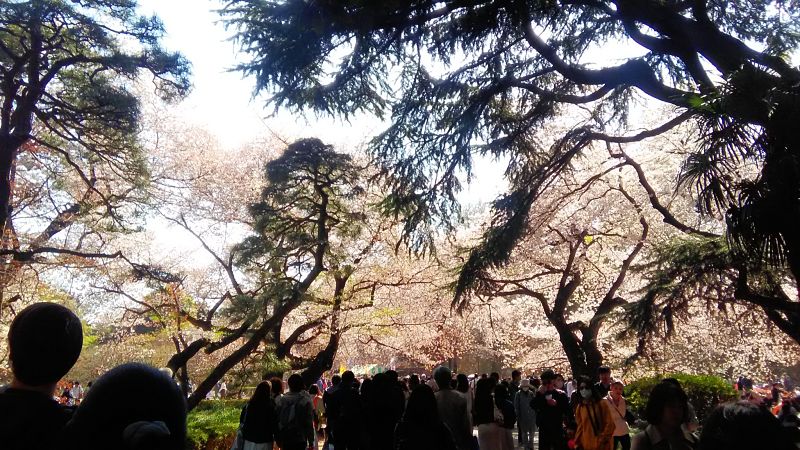 Cherry blossoms at Shinjuku Gyoen National Garden, we fortunately caught them at their peak.

There’s this repetitive thought that constantly goes through my mind every time I take a walk: Japan never ceases to amaze me, and it’s like nothing I’ve ever seen before. Everything about it-the scenery, the strange showers at my dorm, the fact that I can buy hot canned coffee from a vending machine (yes)-blows my mind. And while Japan’s culture is certainly different from that of the United States, I have yet to see how school and work are in comparison. There is a lot ahead, but I guess we’ll have to save that for another entry.