Hey there, it’s been a while. So, last week it officially snowed in Prague for the first time. Let me tell you it was nice in the beginning, seeing the snow and touching the ground was relaxing, but when it was time to go outside and go to class, it was brutal. Just imaging walking in the sticky and icy snow; mind you in Prague you don’t get cancelled classes or closed schools.

At times like this, I wish I didn’t have to go to class so I could chill and relax at home, but hey I must suck it up and go to class. My mom’s birthday is coming up soon and it will be the first time I miss it since, obviously, I won’t be in  America to celebrate it. I almost feel guilty to be here. I miss her so much and she is my best friend. I know she would want me to be happy and enjoy my stay here, but it would be even better if she was here with me. It’s just that during my stay here in Prague, I keep grasping new experiences and memories along with all this beautiful and rich history that I am seeing. All of this as well as learning makes it too much for one person. I’ve missed so many birthdays since I have been gone, but this is just a little hiccup and I am sure I will get over it.

Last weekend was my first official trip with my program, and we traveled to Berlin, Germany. I was so excited to go; I mean come on guys! It’s Berlin! On Friday, we took a bus tour to former West Berlin and then a guided tour of former East Berlin. You can see drastic difference from both sides.  Later, my friends and I checked in then went to dinner, and afterwards we went to an Irish bar. While there, I meet a couple of new people from our Economic group. The ISA programs has two different groups there: the Politics program and then the Economics program.  They came with us to the trip to Terzin and Berlin, and later Vienna. They were very nice and interesting. It was nice seeing new faces and the perk is that they live close to me, so it should be fun hanging out again. Saturday morning, we had breakfast at the Motel One hotel, lol, but don’t let the name fool you. It was such a nice hotel and the food was good and free. Plus, it was in the center of all the tourist attractions so, it was very convenient for me. After breakfast, we went to the DDR museum and then we had the whole day to roam around and venture out. My friend, Kylie and I went to the Brandenburg Gate, Reichstag building, Frensehturm, Checkpoint Charlie Jewish Memorial, and Alexander Platz where we shopped for souvenirs. I started this collection where every city I go to I buy a pin to put on my jean jacket.

I’m glad we didn’t do much because we also had Sunday to go explore more, and everything is so close by I didn’t want to re-see places again. Berlin is known for having a good night life but sadly I didn’t go out; that is one thing that I am going to regret. This also reminded me how much I missed my friends back home because we all party so well together and have the best time together. Sunday morning, we took a group tour to Deutsches Historisches Museum, and then after we went to the East Side gallery which contains the former Berlin Wall. Let me tell you, if you ever go to Berlin you must absolutely go see the wall. If you don’t, you’re not traveling correctly. It was absolute magnificent, and it has so much art and rich history between it. I am so grateful I went. It taught me to cherish the simple things. It was relaxing and soothing to leave Prague for the first time and to enjoying going to a new country. 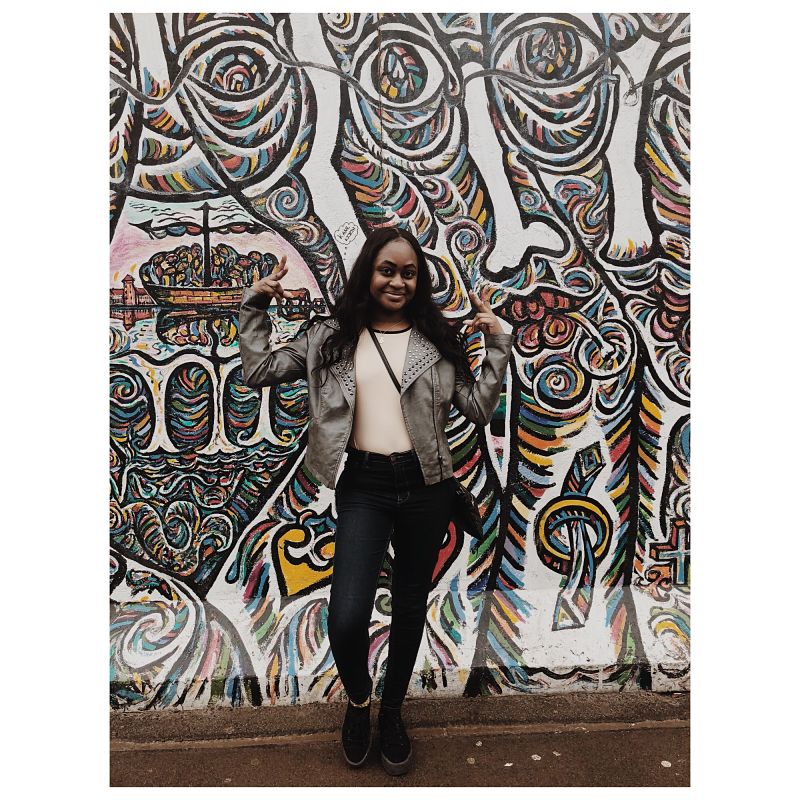 March 12-19 was midterm week, it’s funny that while I am studying for my midterms, my classmates in Marymount are enjoying their spring break. I have two presentations, and one exam. This week reminded me that I’m still in school and I need to keep up with the work and maintaining good grades. It also gave me the rush to accomplish my tasks and study hard. The thing that sucks is that my apartment doesn’t have WIFI, and I didn’t have it for a whole two weeks so, it was hard for me to finish my PowerPoint slides and study because everything I study was online. I had to venture out and find a local library and study spots and lounges.  Luckily, I found a spot to do my work. It’s a coffee shop in the middle of the city and the tourist areas called Paneria. I managed to do my history and business presentations as well as to take my politics exam. I swear the best thing ever is finishing an exam and finishing homework. 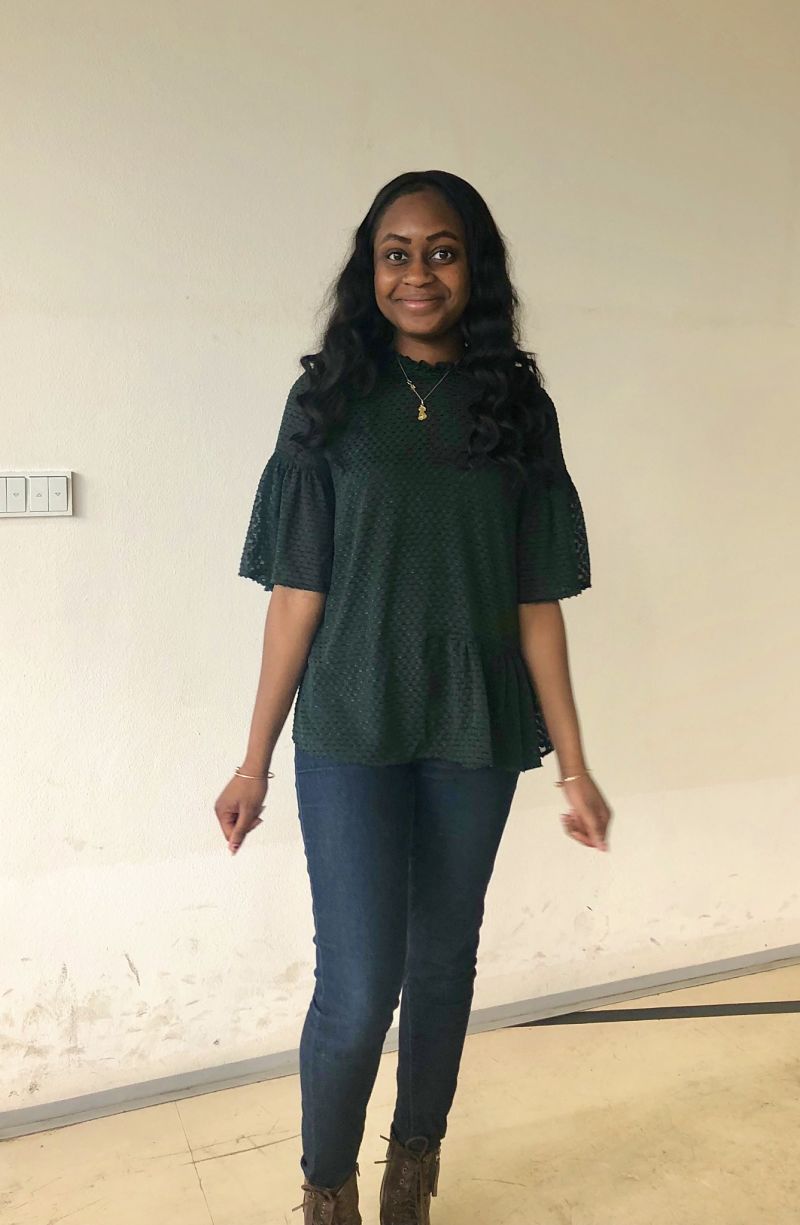 Over the weekend I got sick. I took it as something light, then a couple of days later it got worse to the point where I needed to take my nebulizer.  A nebulizer is a machine that asthmatics take when high levels of not breathing increase.  For some reason my nebulizer didn’t work though I had been using that for years. This was bad timing because I needed it badly and it was the weekend, so my advisor’s office wasn’t open. I called my mom to ask for advice and she told me if it got worse to go to the emergency room. I didn’t want to go to the ER because what if I am not treated well there? Also I just get scared doing these things by myself. I don’t know why but I just get scared. So, I waited until Monday for my advisors to hear their advice. Monday came and I got even worse; my body started to get numb and it hurt to the point where I couldn’t even get out of bed, so I just stayed in bed until Wednesday when I finally went to the hospital. When I got there, it felt very rushed and I wasn’t treated well there. Something that I feared came true. I was only there for under an hour and the Czech doctor just prescribed me with another inhaler and antibiotic; I felt unwelcomed and they didn’t solve my problem. It really upset me, and I wasted my time and my money. 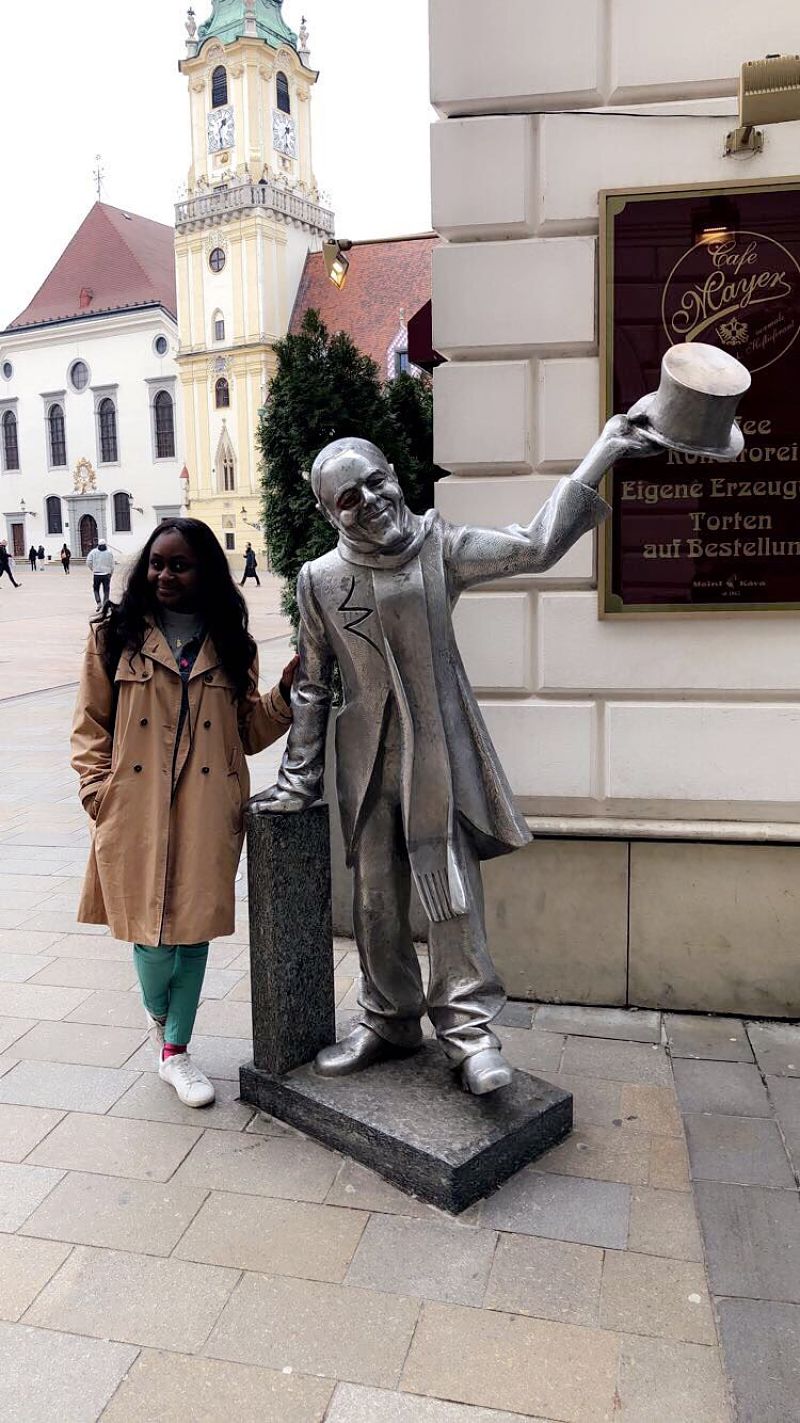 Anyways, enough of that. Over the weekend I went to Bratislava which is in Slovakia. I was supposed to go the week before, but I got sick, so I had to cancel plans of going there. The country Slovakia used to be the other half of former Czechoslovakia.  After the split, it became its own country and their capital is now Bratislava. It is like a miniature version of Prague. I took a day trip there with my friends Aidan and Sam. We went to the Blue church also known as St. Elizabeth Church. It is so beautiful on the inside and outside. We also went to old town which was full of spread out fun looking statutes. When went to the castle, it was on top of a hill and really like the Prague castle. Finally, we went to the UFO Bridge and we climbed the tower to see a panorama of Bratislava. I loved how the fact that Slovakians are way nicer then Czechs. Slovakia compared to Czech Republic is more of a car city, so we took a lot of Ubers to the tourist places, but other than that, it was a pretty laid back, chill city to visit and escape to. Sunday, I took another day trip to Dresden, which is in Germany. This is by far one of my favorite cities. The architecture there is astonishing, and it was way better than Berlin. It was only two hours away and we saw everything there, which is because of the fact that everything was close by the one main area: Dresden Frauenkirche. We went to the Royal Palace, Zwinger, Bruhl Terrace, the Church of our Lady, the Procession of Princes, the Georgentor, and many more. We end our tour by going to the local area to see the street art, Kunsthofpassge. It put a nice touch to Dresden and the whole day in general. I glad I did two trips in one weekend. I feel really blessed to have gone and seen some new surroundings.