I hope all is going well for my faithful readers. I am sorry I have not posted the past few weeks, I have been super busy with school and that’s obviously my priority. The good news is that there is a break in the storm, and my family is here to visit! My dad and two younger brothers have made their way across the pond to see how life has been treating me so far in Spain. This is going to be a two part blog post, one pertaining to this past weekend in Barcelona and the next about our week in Madrid and the south of Spain. Without further adieu let’s get right into it.

The crew touched down in Madrid on Friday morning. Let me say that this has been the longest time that I have been away from my family, so it was amazing to finally see them again. I was so excited to show them around my new city, but first, we were headed to Barcelona for the weekend. Seeing as my dad is an architect and my brother Matias is at UVA studying architecture, they were dying to see Gaudi’s work. Antoni Gaudi is one of the world’s most famous and influential architects, and his works are a must see if you go to Barcelona. Our entire stay was planned around visiting his houses around the city. We rented a car and drove from Madrid to Barcelona which was perfect because it gave us time to catch up. We got to Barca late friday night and I took my brothers out to enjoy some of the nightlife before getting ready for our adventures the next day. 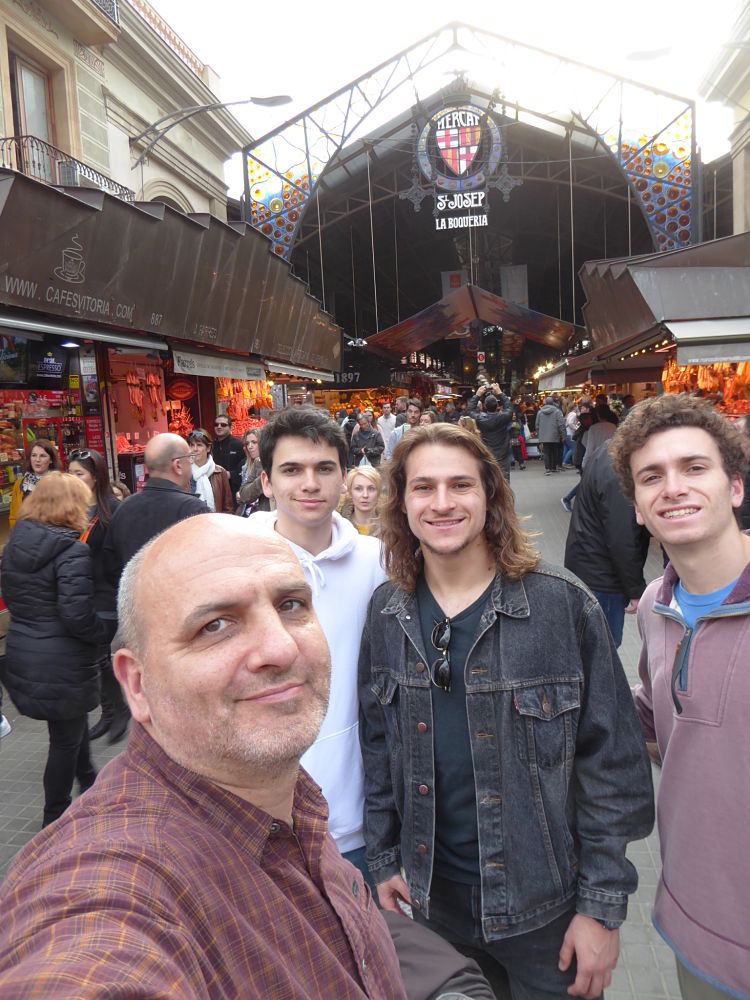 After a thrilling friday night out on the town, were ready for some of that culture everyone is always talking about. On Saturday we went to two of Gaudi’s most famous works, La Casa Mila and La Casa Batllo. Both of these were homes that Gaudi was asked to design, and are only a few blocks from each other. Both of the houses are incredibly unique and have features in them which are specifically unique to Gaudi. He draws his inspiration from nature and it is apparent in his designs. Gaudi incorporates what he observes in nature into his work, drawing inspiration from the water and its fluidity to the skeletal system of certain animals. I’m no architect, but having one with me pointing out all of the incredible details that only the trained eye could see was very convenient. My favorite part of these two houses were the rooftops. Gaudi saw the roof as an extension of the house, and they are definitely a sight worth seeing. The roof of La Casa Mila is absolutely spectacular. Its flowing curves and decorated chimneys are beautiful, and the view is equally stunning. After soaking in all the Gaudi we could for one day, we wrapped things up with some tapas and a fantastic conversation about life with the familia. 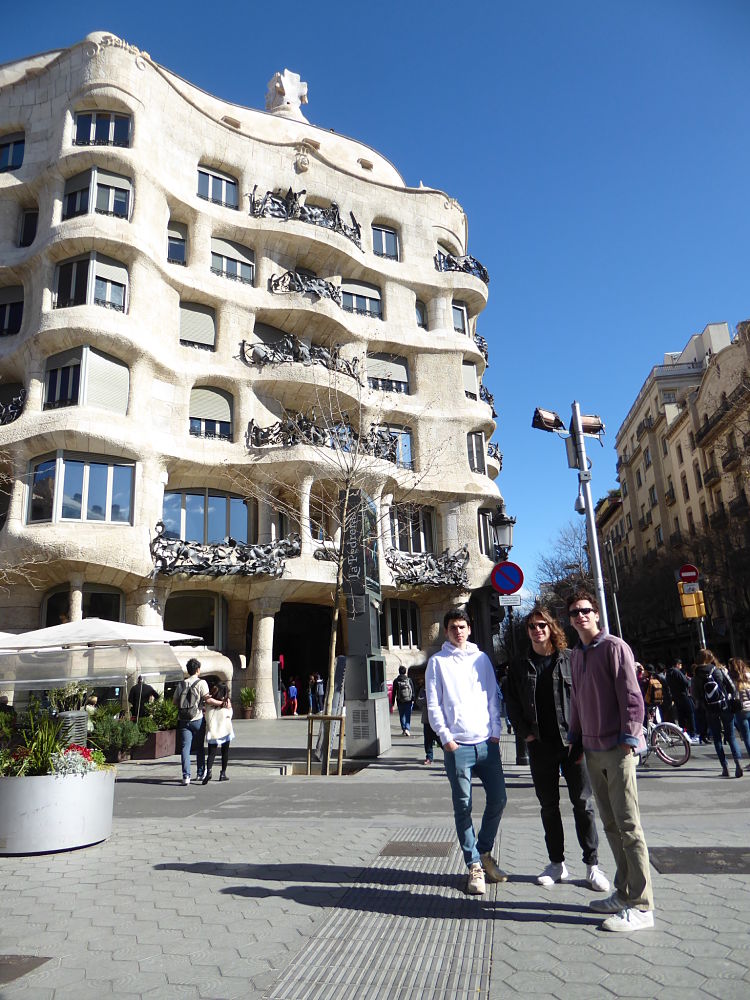 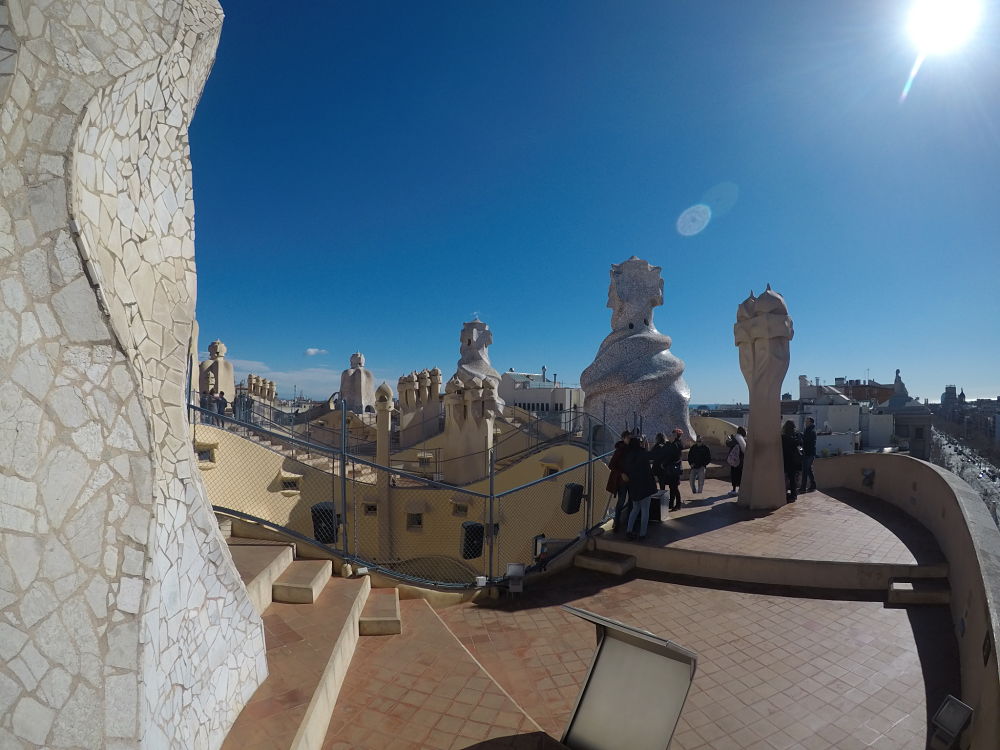 Sunday morning we were right back at it. We kicked off the day with the Palacio Guell, a palace that Guadi renovated for the famous Guell family. This house stood out to me because it showcased Gaudi’s versatility. His other two houses were very abstract and natural, where the palace was much more formal, with a Gaudi twist of course. He snuck in many of his trademark features in the design, like a beautiful rooftop and features that were abstract and inspired by nature. After that we walked around the city for a bit before ducking into a local bar to watch the Barcelona game. It was so much fun to watch the game with the locals, an experience I definitely won’t forget. We wrapped up the day with a visit to the famous Sagrada Familia, possible Gaudi’s most famous work. La Sagrada Familia is a massive church that towers over the city. It is currently still under construction and is not going to be finished for another thirty or more years. I have seen this building a few times before, but the incredible detail never fails to take my breath away. It is more than just a church, it is a work of art. Every time you look a it you notice a new little detail. Words can not do it justice, so I recommend you go visit if you ever get the chance. 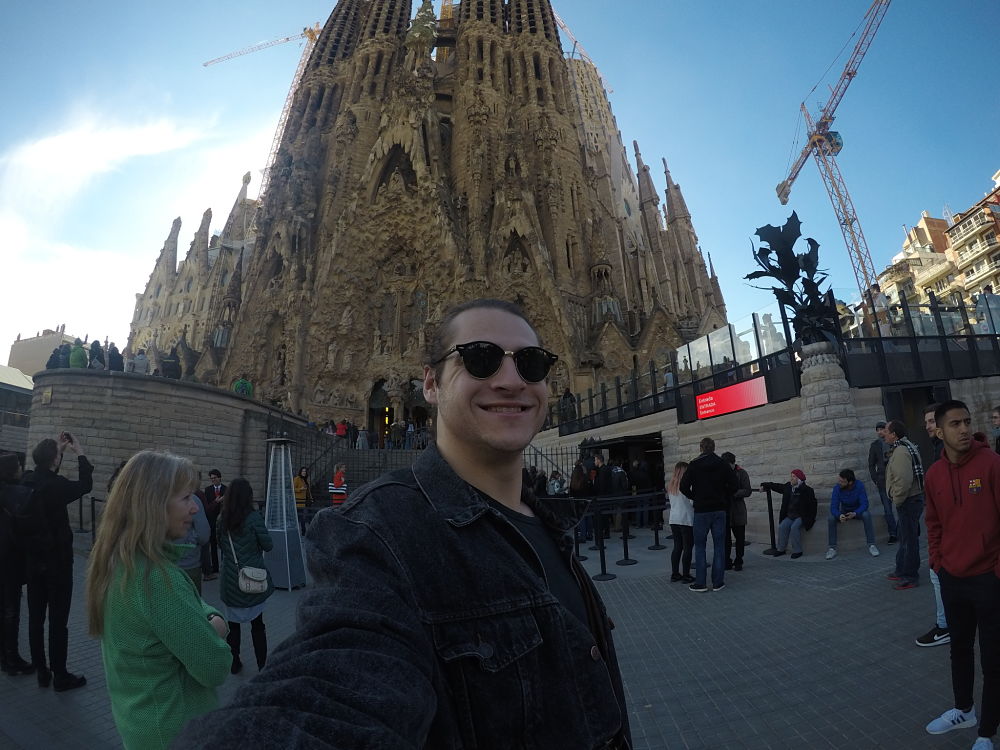 Sunday night we slept in Tarragona, a small city about an hour south of Barcelona. In the morning before heading back to Madrid, we went to explore the roman ruins the city had to offer. Tarragona has some of the best preserved roman ruins in the entire world which include a roman circuit, an amphitheatre, and a great cathedral all inside of the still standing roman walls. It was amazing to see such ancient ruins in real life. Since they were preserved so well, it was easy to imagine what life was like back then. It’s incredible to think that everything there was built by hand, and that it withstood the tests of time for us to enjoy and learn from them today. 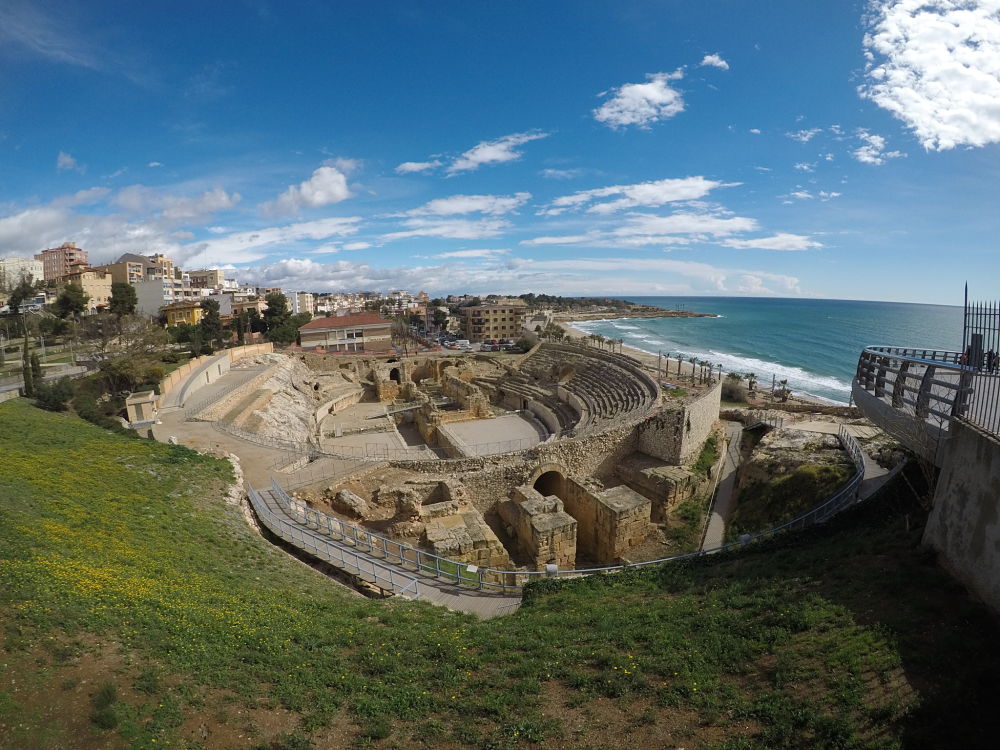 Roman Amphitheater by the Mediterranean in Tarragona 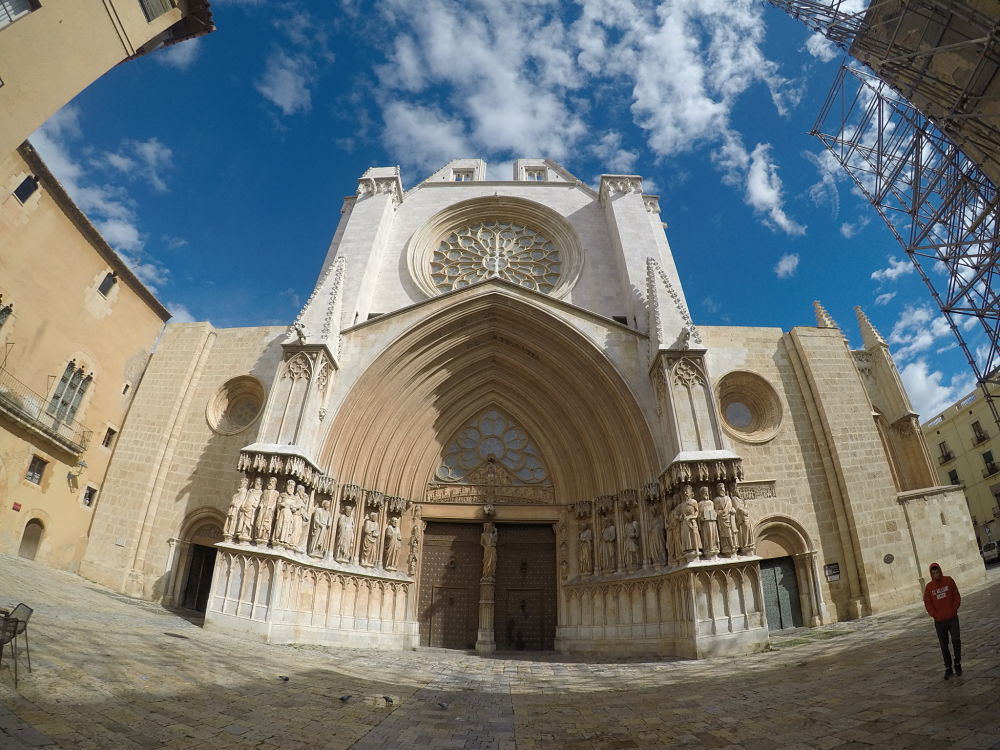 Being with my family was awesome, I can never get enough of them. I am so excited for this week to come and to share the rest of our journey together with you all. I hope you all have a great week and enjoyed my post, until next time!