This might be one of best weeks so far and it also might be the cheesy blog I’ve ever written. I met up with my good friend named Aiden, who is from Gibraltar, Spain, and he took me out to meet a couple of his friends. We went to a shisha bar and talk for hours about life and being from different countries. It was fun; I normally wouldn’t do this on a Monday night, but here I am trying new things. It was fun hanging out with them and I hope to meet more people like them.

I adore meeting people from different background. It makes me more intrigued about where they were brought up and how some certain little things can be a culture shock. I believe those are the best conversations. It so crazy how one person does something totally different from the other. For instance when making tea, one might make it by warming water from the stove and other might do it by warming it in the microwave. It so crazy how different everyone is but we can all experience the same issues in our lives.

Charles University’s faculty offered an exchange language program, where Czech locals or students come to learn and better their English, with English speaking students from America. A couple of friends and I decided to go to the orientation meetings and give this program a try. I’m glad I went because my friend, Becca and I met these two locals who we assumed were a couple but were just longtime friends. The woman, Alena, is talking English class at the university and her friend, Radovan, came for support and to better his English too. They were very nice and fun to talk to. Awesome, awesome people! They gave us advice and tips on where to go at night, the cheapest coffee and lounge places and where to get the best Czech food.

Next week they are going to take us to this cool coffee place and hopefully, it will be interesting to talk about. I couldn’t be happy to step out of my shell a little bit in my stay in Prague. This exercise was helpful for me and I feel more assured here now. I also happy that I have meet some friendly locals too.

This was a brutal cold week. I believe that this week and next week will be the coldest week of the winter. It was so cold outside that sometimes it hurt to step outside; there is a saying that says that “the weather is so bad that it touches underneath our skin”. I didn’t expect for this weather to be this bad. In my hometown in Maryland, we have cold winters, but for the past last years it has been calm but not as bad as European weather. 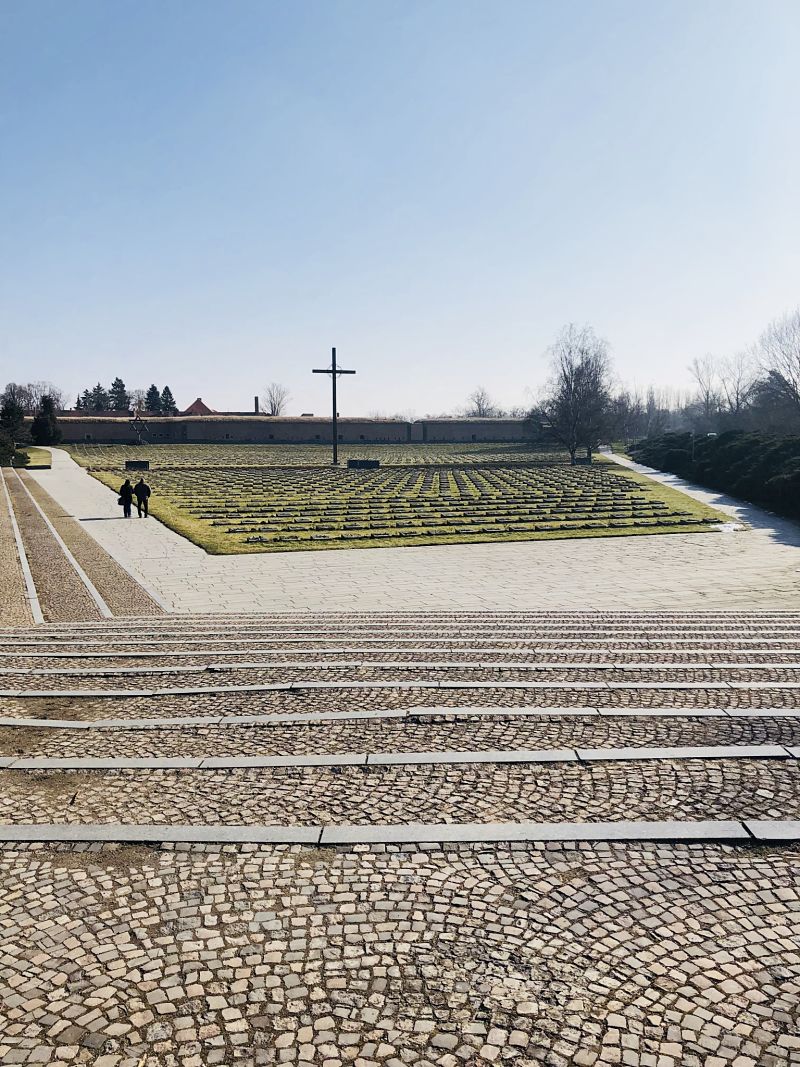 On Friday, February 22th, I went to Terezin, which is just an hour away from Prague. Terezin contains the Jewish ghettos-transit camp. While I visited the camp, I saw the living quarters, bathroom, kitchen, and the fields of where the people worked during the WWII. While we witnessed the camp, every room, space, and area we entered, it felt like there was an automatic switch of quietness. Everyone paid their respects to the lost ones and they listened to the tour guide respectfully. It was as if everyone put themselves in the people who were forced here’s shoes. I kept thinking about it over and over again: this was the last stop before going to concentration camps like Auschwitz and Mauthausen, and the percentage of those who survived there was really low. One can only explain so much, but this was a life experience and moment that I could never change. I feel like everyone should at least go here in some point in their life as a remembrance about life and how everything can change in a minute when people decide to hurt others.

Until next time, Ahoj

One thought on “Change of Heart”