After being in Spain for a month and some change, I’m really starting to feel at home. I’ve seen a considerable amount of Madrid, gotten familiar with the public transportation, and have become friends with some of the local students. I love this city so much and it has been nothing but great to me. Living here has helped me grow so much as a person, and the obstacles I’ve faced here have only made me stronger as person. This weekend I was presented with a unexpected challenge that has taught me more than anything else so far.

On Thursday night I went out with some of my friends, and when we got out of the cab, I realized that I did not have my phone. I immediately started searching the cab and when it set in that it wasn’t there I was overcome with panic. I always heard stories of people going abroad and losing their phone, and I was determined not to let that happen to me, but it seemed like it was my turn to tell the story. I began to think about where it could be. Did I leave it in the room? Maybe my roommate had it? My mind was so focused on finding my phone, I could not stop thinking about it. Eventually my friends convinced me that I had left it in my room, and I should just enjoy the moment. I figured they were right, even if it wasn’t there, what could I do? I told myself to enjoy the night and deal with it in the morning. Good thing I decided to stay, because I had a blast. Being out in Madrid without a phone was so refreshing. I danced all night without feeling the need to constantly be checking my phone. Eventually we made our way home at around five in the morning; los Madrileños are known to go to around seven, but we’re no locals so we called it quits “early”. As soon as I got back I began ransacking my room searching every single crevice to find nothing. At that point I was exhausted so I called it a night and would deal with everything in the morning. 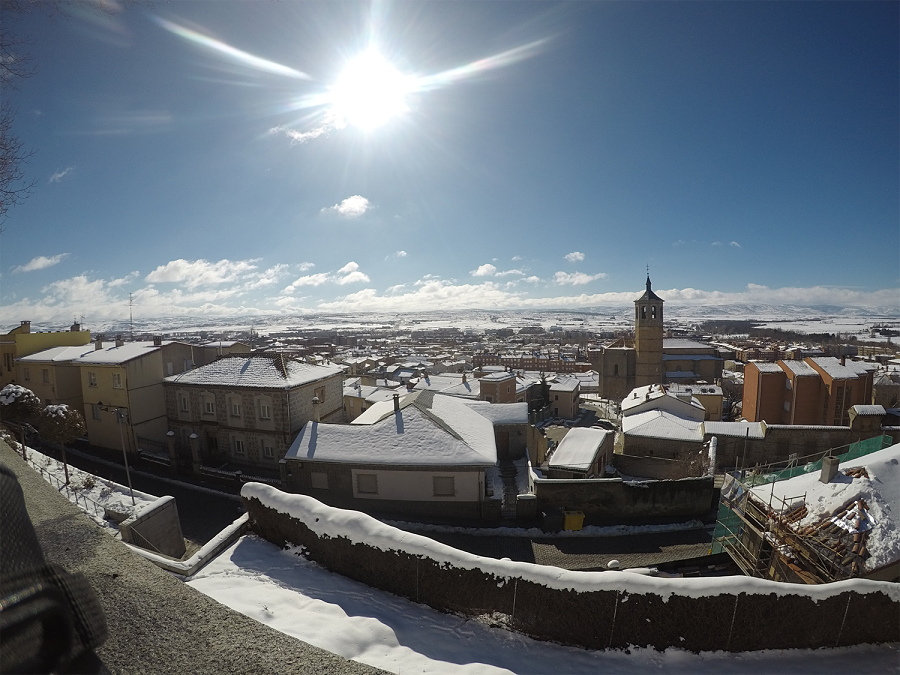 I went on a class trip to Avila, a walled city and the birthplace of St. Theresa

Nowadays everyone is always talking about how dependent we are on technology, and it is scary how true it is. When I woke up in the morning and reached for my phone to instead grabbing a handful of air, my heart sank. It all came rushing back to me, I had lost my phone last night and had no idea where it was. After searching my room one more time, I went downstairs to ask the front desk if they had found it, which of course they hadn’t. I felt so sick, how could I have lost it? I always take such good care of my possessions and was not one to lose them easily, especially not my iPhone. I tried to track my phone but it didn’t work because my phone was off. As I lay there in my bed staring at the ceiling, I felt like a part of me was missing. I had this worrying feeling that someone was trying to get in contact with me and there was nothing I could do about it. Fortunately, my pictures were all on the cloud which was a lifesaver, but everything else on there was gone. I was in the worst mood possible, and it was all because of a small little screen. I tried to take a nap to calm down but could not sleep. But now it wasn’t my phone that was keeping me up, instead my mind was consumed with the thought of how attached we are to our phones.

It is frightening how we live in a society were we feel detached without our phones. I felt like so much was going on that I was missing out on, and I could not have been more right. Whenever I have a lot on my mind I walk to Plaza de Espana. It’s a great walk through the heart of the city and always helps clear my mind. I’ve walked this path several times, but without my phone it felt like the first time. Without having to constantly check my phone for no reason, I found myself actually looking around more and being much more present in the moment. I was noticing stores I had never seen, admiring the architecture, and observing the tendencies of the locals. When I felt like I was missing out, I really was. It’s sad that it took losing my phone to become so aware to everything happening around me. 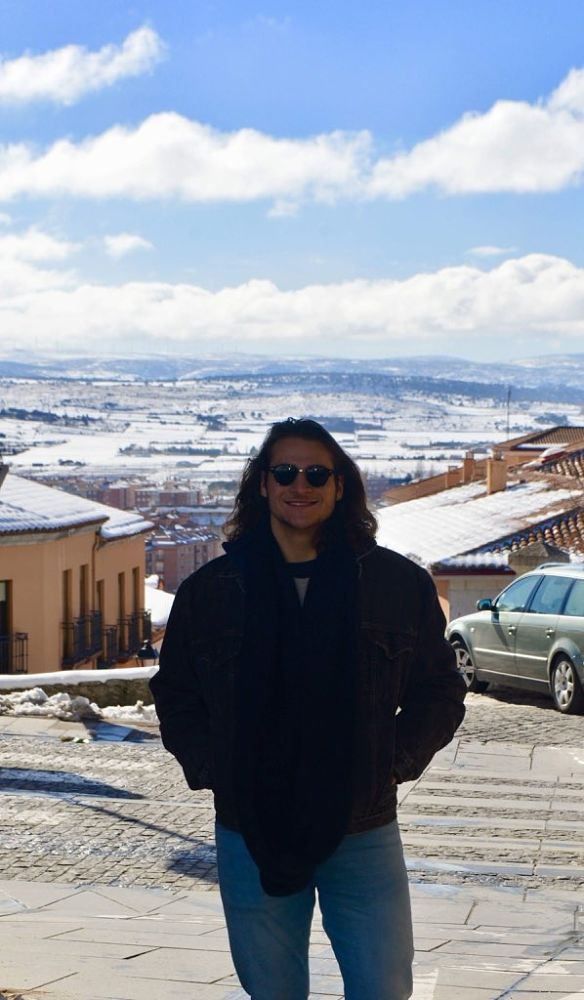 Standing under the famous wall at Avila

What started off as a nightmare has taught me more than I could have ever imagined. It taught me how beautiful and precious life is. It taught me that we have to enjoy every second of it. We must cherish the precious moments, like watching the sunset, travelling to new places, or spending time with the ones we love most because we only get so many of them and they only last for so long. It taught me to find the value in the most difficult times, because when we fight through and persevere, we always come out stronger. Making it through the difficult times where you think the universe is torturing you for no reason helps you appreciate the best moments in life. Hopefully, it doesn’t take something so trivial like losing your phone in a foreign country to learn these lessons, and you can instead learn from my story. So to wrap things up, I’ll leave you all with this line from The Beatles song “Hey Jude” which inspired me to write this song about turning a bad situation into a learning experience. I hope you all have a great week and take something from this post.

“Take a sad song and make it better” -The Beatles

One thought on “Unplugged”