Hello everyone! This week I’ll be switching things up from soccer and instead talking about some of the major highlights of my first month living in Madrid. It already feels as if I have been here for a lifetime. I have made so many new friends, seen so many beautiful places, and grown more and more as a person every day. Reflecting on this past month, I have done so much that it would take me days to tell you all, but there are a few moments that I would really love to share with you all. I’ve started my classes, taught a class on how to speak English, saw Picasso’s “Guernica” and had my twenty-first birthday!

Here in Madrid I am attending St. Louis University, which is filled with mostly American students with some Spanish students sprinkled in. It is a traditional American format here which is why it is mostly American students who are visiting are here for a semester. There is a fair amount of permanent students which are usually the locals looking for an American style education. It is so nice having so many different cultures in the classroom; they provide a refreshing new perspective on so much of the material we learn in class. Most of the students attend St. Louis University in St. Louis, Missouri, so a lot of them already know each other. I on the other hand chose to come completely alone, and it has been one of the best decisions I have ever made. Every day I challenge myself to put myself out there and meet new people. Putting yourself in a situation that may be uncomfortable at first can be the start of great friendships. As I walk past the groups of students who already know each other I can’t help but think to myself how happy I am that I’ve forced myself to branch out and meet new people. My class format is very similar to my classes at Marymount, except for my ethics class, which is completely in Spanish. This is a new experience, seeing as I have never had a class taught in Spanish that wasn’t a Spanish class. I like it though because I am forced to think critically in Spanish which I have never really had to do. Besides that, it is very similar to the structure of a normal American university. 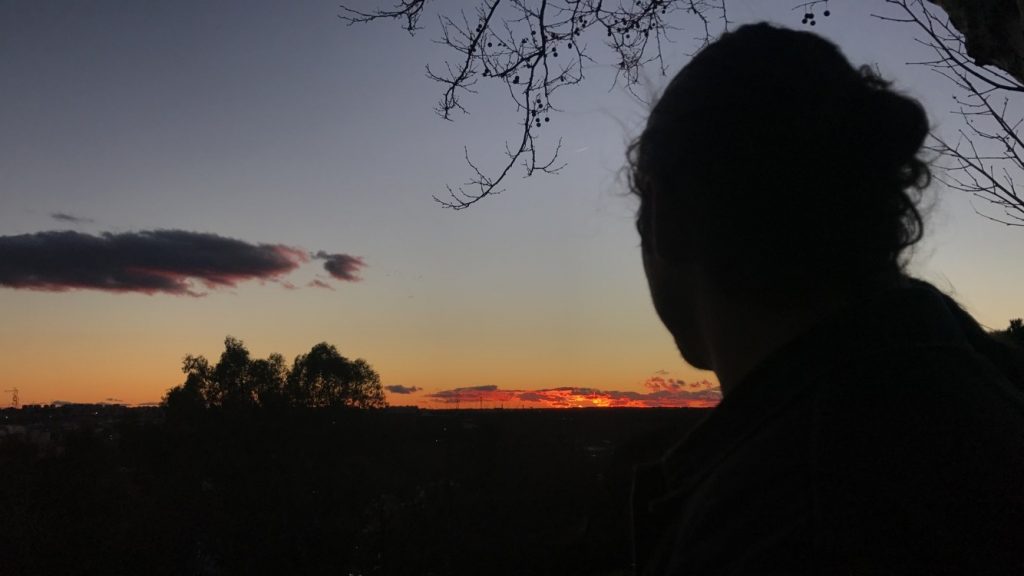 Watching the sunset at Temple Debod

One of the coolest things I have done is one that I really did not see myself doing at all. I was presented with the opportunity to volunteer to teach English to locals here in Madrid. At first, I was hesitant because I did not want to add to my workload, but after going to the interest meeting I knew it was something I had to do. My friends Olivia, Sasha and I all signed up to teach a class and were assigned the intermediate three level. As we were planning our class, we were all so nervous to meet our students. How old would they be? How much English would they speak? Most importantly, would they like us? The class is free and the students knew we were not real teachers, but the pressure was still on. Honestly, I was expecting a relatively young crowd, with a few older people sprinkled in, and we planned our class accordingly. Let’s just say that it was not a young class, and that teaching people who are much older than you is a bit nerve-racking. It was very strange having the roles reversed in the classroom. Having a room full of people eager to listen to what I had to say was a very empowering feeling. Everyone was so ready to learn and took notes about nearly everything I said. After the first class and after getting to know everyone a little more, I’m very excited to dive into the material we have prepared for them next week.

As you all can probably tell by now, I am a pretty big sports guy. I have been playing soccer my entire life and love to follow other sports as well. I have definitely gotten my fix of that while over here, going to three different games in three weeks and playing as often as possible. But being in Europe, I knew I had to expand my horizons and go see some of the spectacular artwork on display here. Madrid is home to two of the best art galleries in Europe. The Prado is known to have one of the best collections of classical European art in the world, with artists like Francisco Goya and Diego Vasquez highlighting the collection. The Reina Sofia has a more modern collection of art, featuring artists such as Pablo Picasso and Salvador Dali. Two years ago, I took an art history class, and out of all the painting that we studied, the one that really stayed with me was Picasso’s “Guernica.” This massive painting tells the story of the small town of Guernica in the north of Spain which was bombed by the Nazis at the request of Spanish nationalist party. The painting shows the suffering of the people and its sheer size and detail makes it very moving. As soon as I found out this painting was in Madrid, I knew I had to see it. The next day I went to the Prado and went straight to the Guernica. I have never been the type to be moved by a piece of art, but standing in front of the 25 x 7 foot painting, I was completely stunned. The detail and thought Picasso put into this painting is absolutely mind-blowing. The fact that I had studied the painting and knew what it was about made it so much easier to appreciate. I sat there for thirty minutes, lost in the story Picasso was telling. Eventually my friends pried me away, but I am excited to go back and learn more about Picasso’s work.

My last highlight that I want to share with you all is my birthday! This was my first time having my birthday so far from home, but fortunately I have made some great friends here that made it a great one. What made this birthday so interesting is that it was my twenty-first! This is usually the big one back home. All those years of waiting have finally paid off and you get to have that first taste of alcohol, woohoo! Here in Spain the legal drinking age is eighteen, but it is not very strictly enforced, so by the time twenty-one rolls around, everyone here has a little bit of experience under their belt. So although I did not get to shove my ID in the bouncers face when we went out, Madrid is known for its fantastic nightlife and it did not disappoint. The nights go much longer here, and we got back after a night of fun and dancing at five in the morning. Even though it was not the traditional American twenty-first, it was one I will never forget. 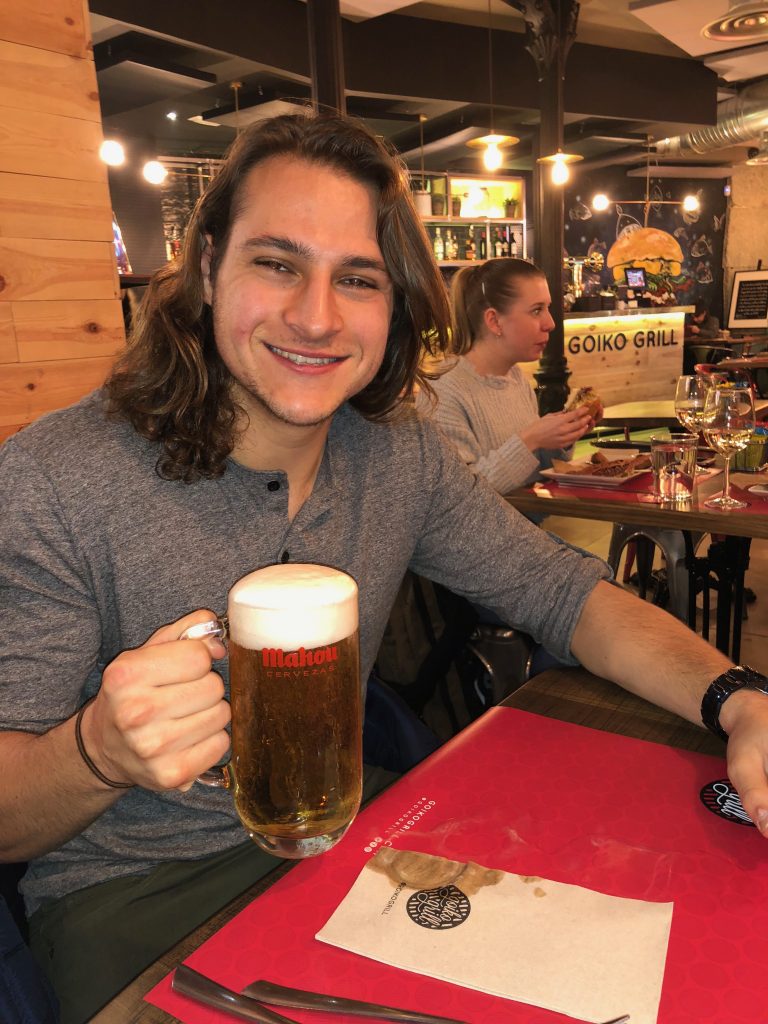 I knew this trip was going to be epic, but I did not expect so much to happen in the first month alone. The more I sit and reflect, the more I come to appreciate this incredible experience. The best part is, I have another three and a half months ahead of me. Hopefully, it doesn’t go by too fast.