Any avid soccer fan will tell you that Madrid is currently a hub for world class football. The cities two largest teams, Real Madrid and Atletico Madrid have recently enjoyed success on not only the domestic league of Spain, but also on the largest stage in European football, The Champions league. It is not very common for a city to have two powerhouse teams like these, but there aren’t many people complaining. Since I was young I supported FC Barcelona, the team that my idol Lionel Messi played for, but when the opportunity to live in Madrid came up, I was not going to let my conflicting fandom get in the way. I was even fortunate enough to go to a game, and even though it was the second leg of a cup tie against a second division team in which the aggregate was already 3-0 in favor of Real Madrid, it was a sensational experience. I will be going to more games and writing in more depth about them later so stay tuned. 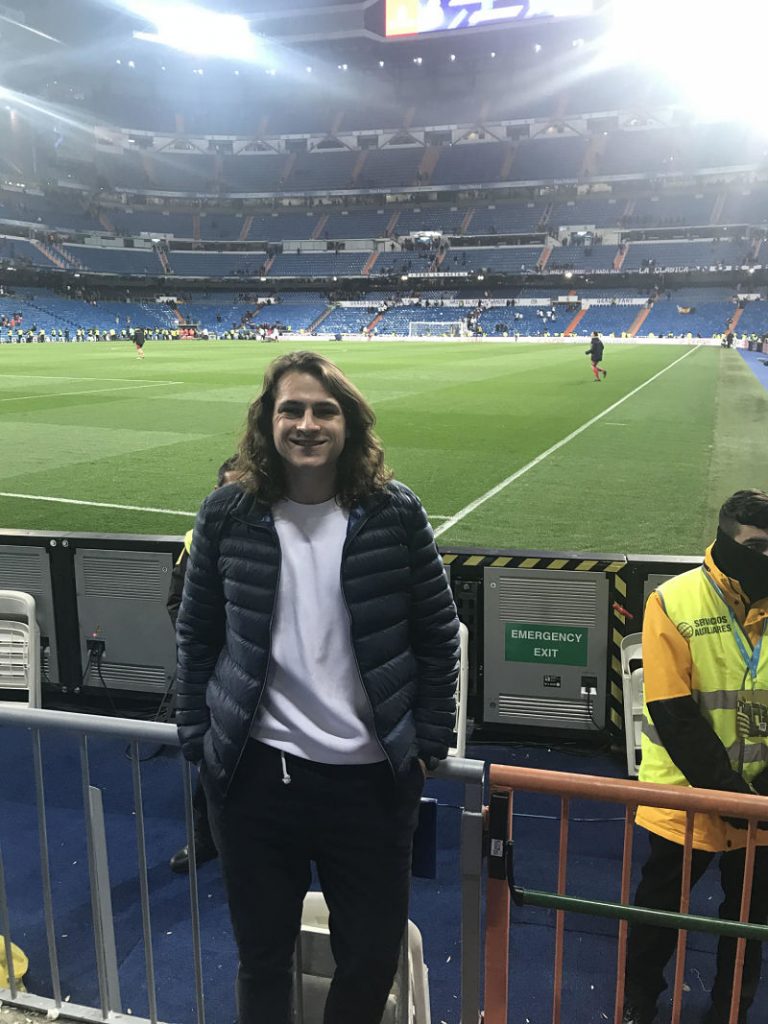 Me at Real Madrid’s stadium, El Santiago Bernabeu, where they played Numancia

Having played soccer my whole life, it was a dream come true to be able to live in Europe and get to experience the football culture here first-hand. Whenever I would visit my family in Argentina, we would walk the streets of Buenos Aires with a soccer ball and play wherever we could. On any given day, you were bound to find people playing in a local park or patch of open grass, the game was everywhere. Coming to Madrid, a city home to two of the best teams in the world, I had similar expectations. My first few days in Madrid where filled with so much excitement and thrills that I failed to notice the lack of people playing soccer. Walking through the center of Madrid, the last thing I saw was the ball rolling around. As the days passed by and my need to play grew, I couldn’t help but ask myself where all the talent that oozed from the city was. I was dying to test myself against the Spaniards. When presented with the opportunity to try out for my schools team, I knew it was time to see what I was made of. Coming into the trip, I told myself that I did not want my entire semester playing soccer. My entire life has revolved around soccer so I thought it would be refreshing to spend a few months travelling Europe without having to worry about working out or practicing every day. On the day of the try outs, I was extremely nervous. Of course I was worried about whether or not I would be able to rise to the level of the locals, but I was more nervous to step into a new team in a foreign country. Although I am fairly fluent in Spanish, it is difficult to learn the local terminology for the game. I was not going to let this hinder me from doing what I love most, so I laced up my boots and got to doing what I do best, playing the beautiful game. 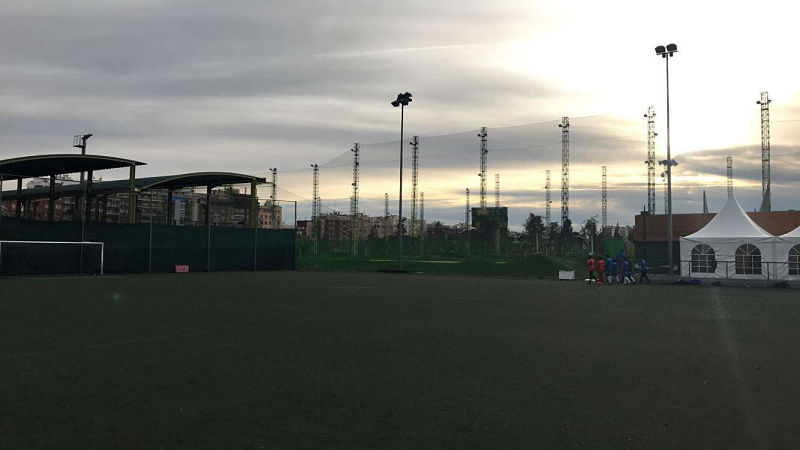 The field where I play soccer located at Plaza Salamanca.

After playing for about fifteen minutes, every worry or doubt I had in my mind had vanished, and the once strangers around me were now my family. We played non-stop for about an hour straight, and during a break in play I looked up, looked around and realized that soccer really is the most beautiful game in the world. An hour ago I walked onto the field by myself, but when I left I was part of a family. It is unbelievable how a round ball filled with air can bring people from so many backgrounds together so quickly. The team has guys from Egypt, Morocco, USA, Spain, Argentina, and although we all speak different languages, we could all communicate through football. I will never cease to be impressed the quantity of new people and the cultures I have met and discovered through playing. I can’t wait to see where this team takes me and the adventures it will lead me on. Taking a break from the game won’t be as easy as I thought, the need to play will follow me wherever I go, and I can’t wait to share where it takes me with you all.

2 thoughts on “Getting the Ball Rolling in Madrid”