This past weekend my friends and I took a weekend trip to Amsterdam. Our long two-day trip was filled to the brim with all of the ‘must see’ tourist spots. We toured of the Van Gogh, Heineken, and Anne Frank House museums. We touched all sides of history during our short visit to the beautiful city.

Amsterdam is amazing for tons of different reasons. It is most known for its beautiful canals, tall Dutch architecture, and its lax laws on marijuana and prostitution. As fun as all of that may seem, I am not here to discuss any of that. Visiting Amsterdam was much more than that to me, it opened my eyes to a world of progressive sustainability and innovation. 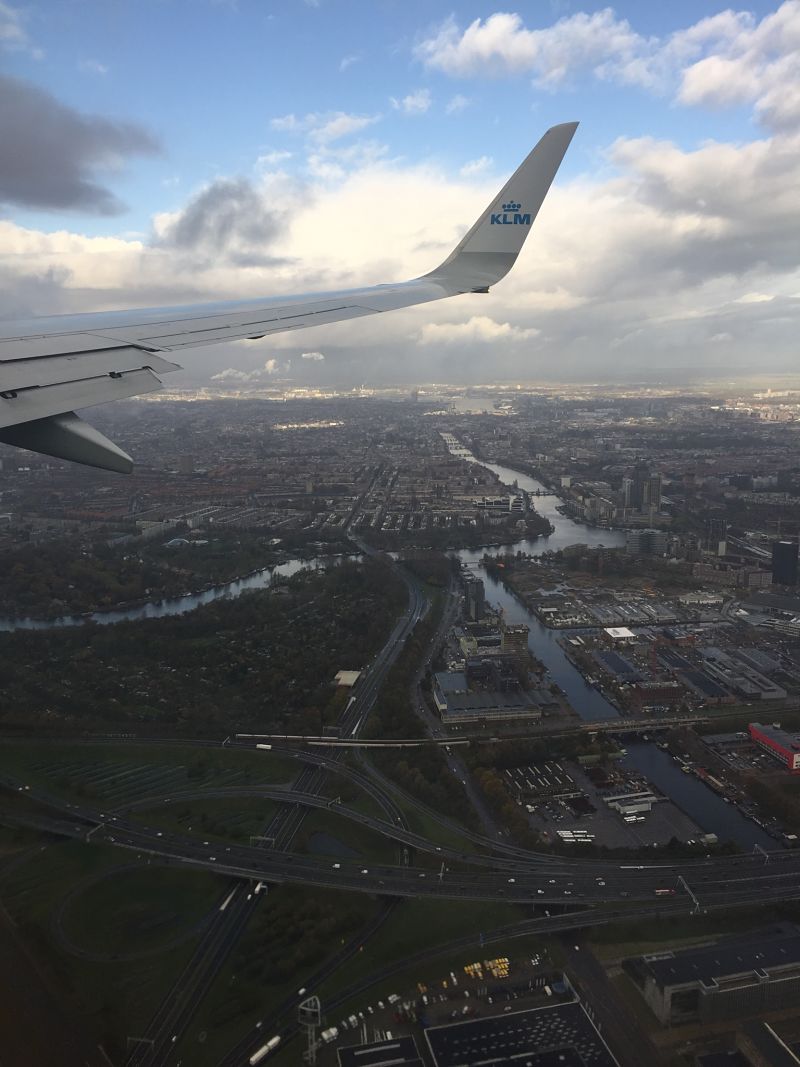 The view of Amsterdam from the Plane

The first thing I noticed while landing in Amsterdam was the immense amount of surrounding water. Rivers and canals cut through patchwork farm fields, and ran parallel to major highways. The canals even snaked their way into the city to create its iconic cityscape. From the plane, I could make out a few of the beautiful and iconic Dutch windmills spinning to create clean renewable energy. The next thing I saw after walking off the plane was a station where you plug in an outlet, but to charge or power the device you had to sit on a bike and pedal for power. 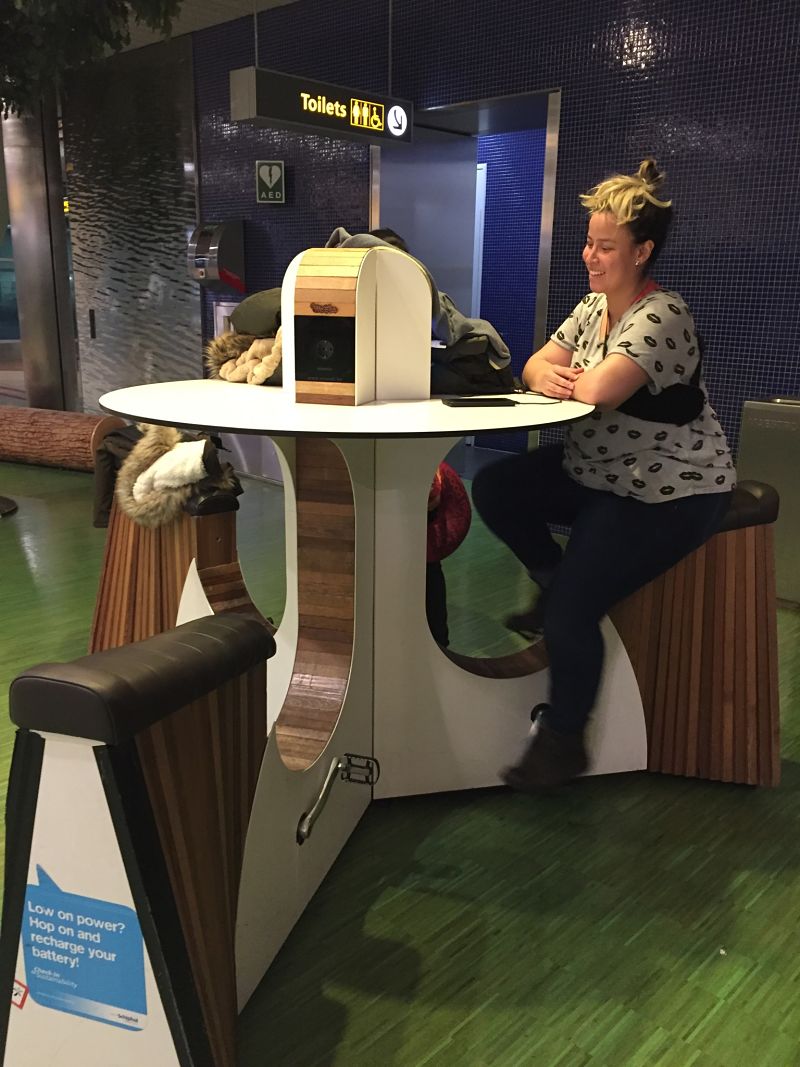 Pedal-powered outlets at the Amsterdam Airport

The second thing that I noticed was that everyone, and I mean everyone, was riding a bike. The Dutch are notorious for their bike riders. Every street has a bike lane on it, and some even have traffic lights designated to direct bike traffic. Riding a bike is the most sustainable and eco-friendly way to travel. I thought I was good at riding a bike until I got to Amsterdam. I saw a woman riding her bike with a guitar case on her back and two large grocery bags in one hand while she steered down the busy lane with the other hand. I also though crossing the street in Rome was scary, in Amsterdam you have to watch out for cars, scooters, and bikes! 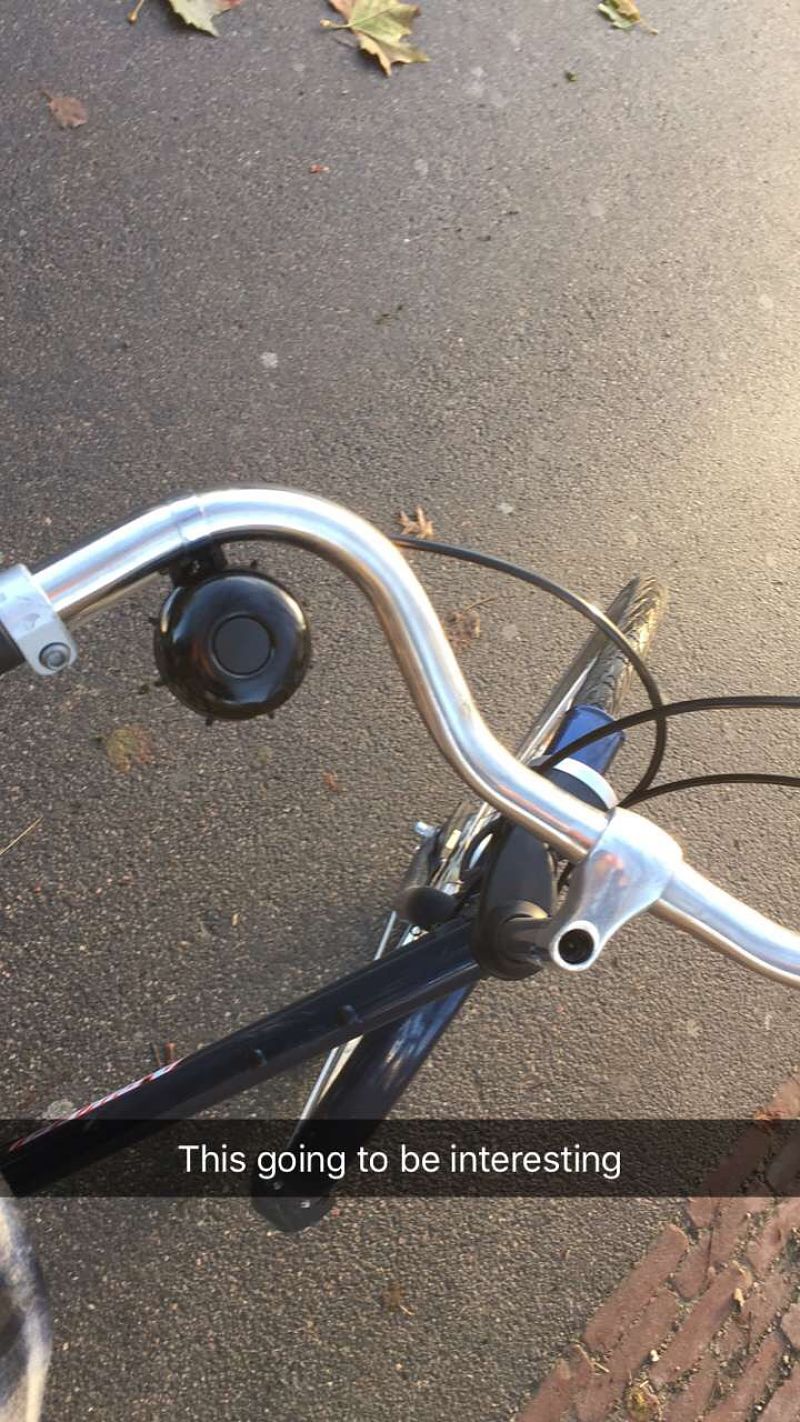 Me attempting to bike in Amsterdam

Like I mentioned before, I saw a young lady riding her bike with two big grocery bags. It took me awhile to notice this, but those grocery bags were not plastic, they were fabric reusable bags. After noticing this I became more aware of this trend. For the two days I was in Amsterdam I did not see one person carrying a plastic grocery bag. While standing on one of the trams I noticed 3 different women with reusable grocery bags in their hands. With this revelation, a huge smile spread across my face. It was so happy to be in a place where environmental sustainability was so prevalent. 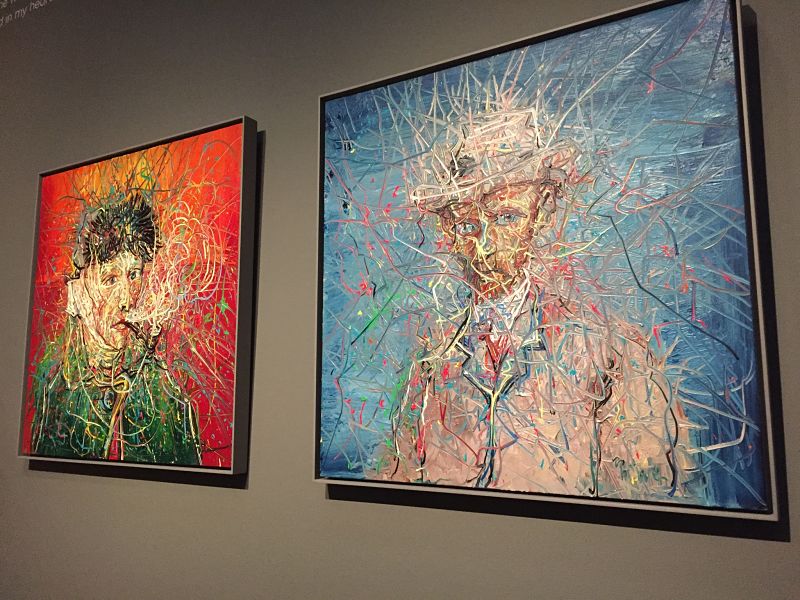 Art from the Van Gogh Museum

While exchanging casual conversation with a cab driver, he told me that Amsterdam is below sea level, and one of their major concerns is flooding. Because of this, they are extremely concerned about the effects of climate change and the risks of rising sea levels. It all made sense! They would be some of the first to experience the effects of global warming and climate change that is why they have such sustainable habits. 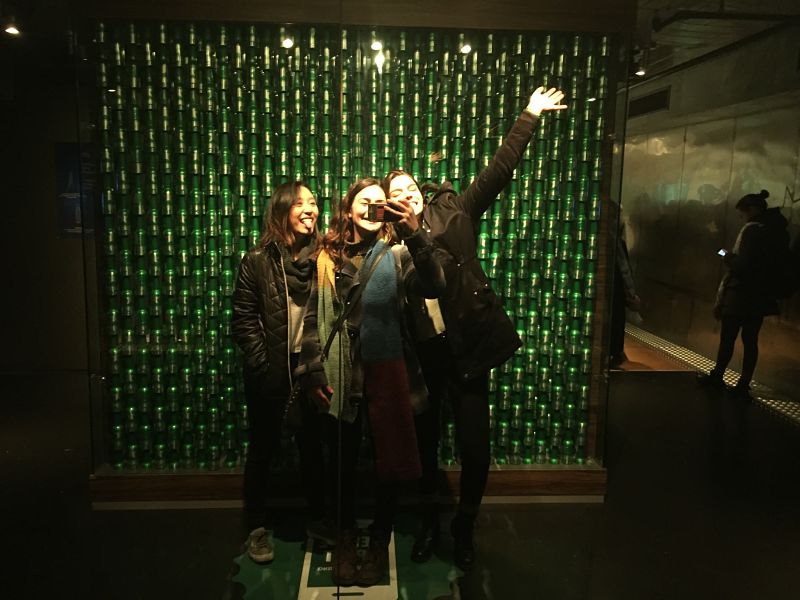 Selfie at the Heineken Factory

Of course the use of plastic was still prevalent in all parts of the city, but the garbage bins all around were labeled for proper disposal and recycling. Each bin has a plastic, paper, and waste labeled section. 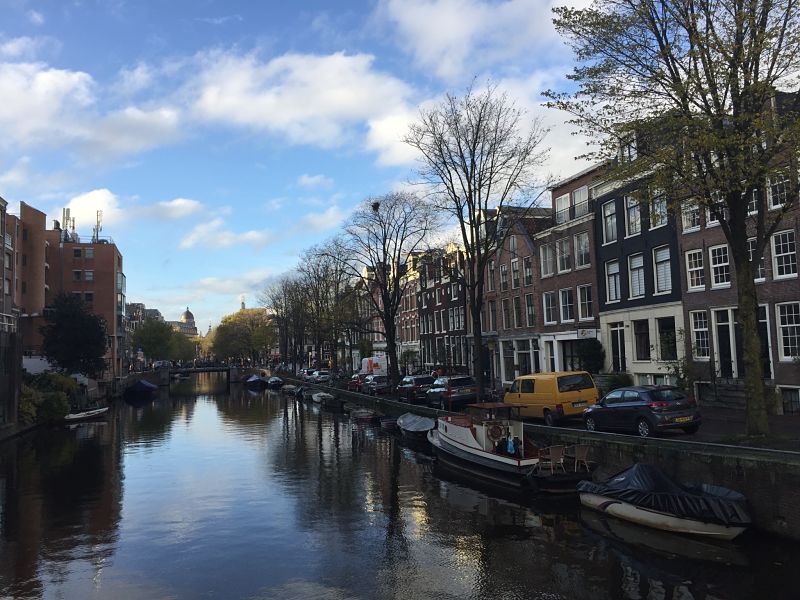 I am so happy that I got to experience a working community with such strong environmental concerns. Amsterdam is setting an amazing example of how we all should be living. I hope in the near future, our American cities will change for the better and become more environmentally sustainable like Amsterdam. 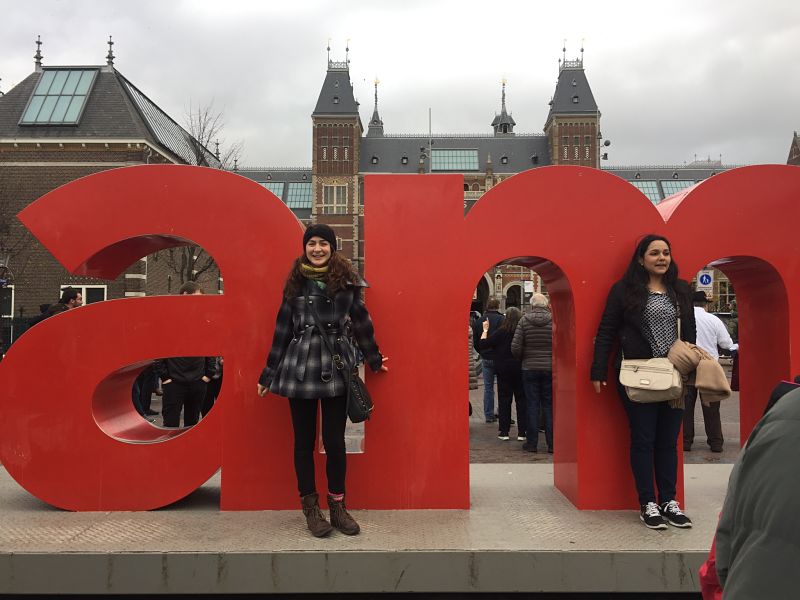 Me very happy about being in Amsterdam