Last week on Tuesday my friends, Tori and Riley, and I went to the Roma vs Chelsea championship soccer game. It was on Halloween night at the Stadio Olympico. We had all already been to a Roma soccer game, but this was going to be much different. The entire stadium was completely sold out. I mean of course it was, this was a championship game! I am not a huge soccer fan, but man, this was an experience of a lifetime.

Luckily we were able to take public transportation to and from the soccer game. It was extremely packed on the bus, but it was exciting to see all the Roma fans dressed up headed to the game. We too had our red and gold Roma scarves with us. Being the Harry Potter fan that I am, I couldn’t help to think that this was probably the closest thing to experiencing a Quidditch World Cup Tournament. You can’t blame me, the red and gold colored crowd is far too reminiscent of the Gryffindor house colors. And honestly, the energy in the stadium that night may have fooled you into thinking that something magical was happening there. 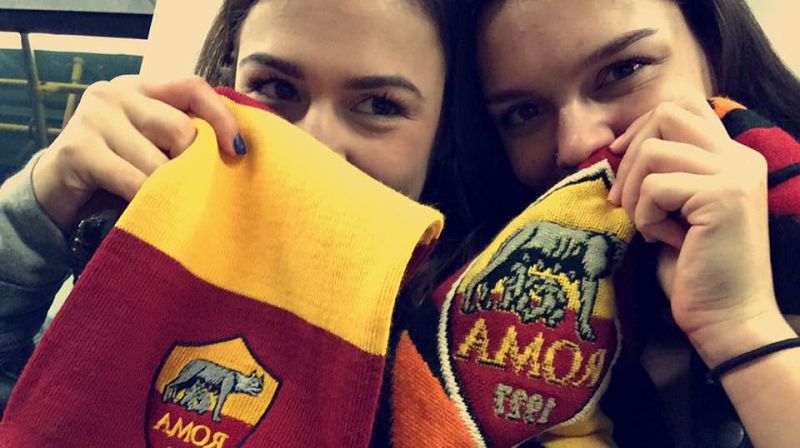 We pushed our way through crowds of Roma fans and finally made it to our seats in the nick of time. The game started moments after we sat down. With jaws dropped we looked across the sea of fans and shouting and singing. There was a section called the curve and its where all the season ticket holders sit, and that was by far the most impressive section. Flags and banners were swaying throughout the entirety of the game, and I am absolutely positive they never stopped singing and chanting. The sea of people was cut short by the crisp clean grass field. In the center of the green was a tarp that looked exactly like the championship ball. A regular soccer ball but instead with black stars on it. The crowd really picked up its energy when they started announcing the Roma player’s names. The announcers would say the full name of the player and the entire stadium would reply by screaming their last name back. When I say scream, I mean scream. The energy was insane. I can’t think of a better way to get the hype up before a game than this.

By this point we are all standing on our feet trying our hardest to scream the players last names correctly without looking too American. We already had so much energy running through our bodies and the game hadn’t even started. I didn’t think the crowd could get more lively, but as soon as the Roma anthem kicked on the true pride started to show. The entire stadium broke into song. “Roma Roma Roma, core de sta città, unico grande amore, de tanta e tanta gente, che fai sospirà…” that translates to “Roma Roma Roma, heart of this City, one and only love, of so much and so many people, which you make sigh” It was true. That stadium was filled with so much love and passion it was breathtaking. 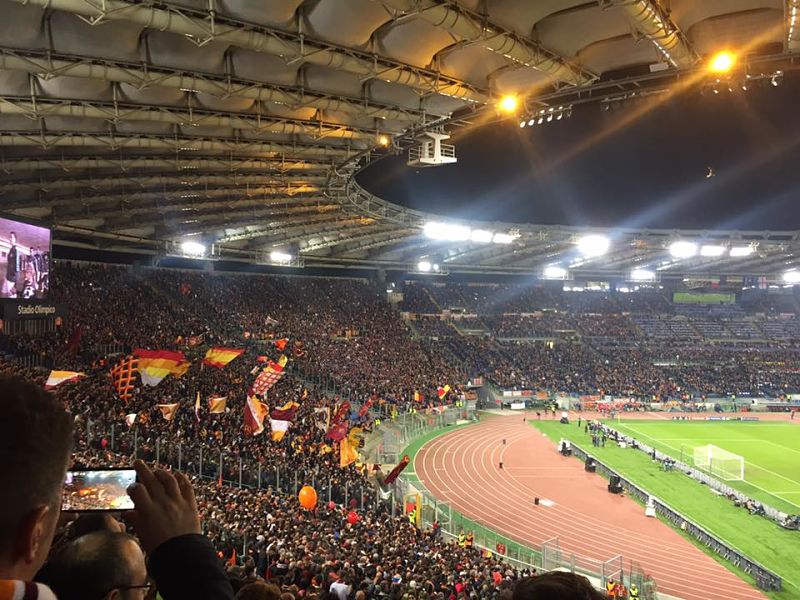 To top it all off, we scored in the first minute of the game. Even more energy rushed through the stadium. Can you believe it! I am sure you can guess that after this game I had little to no voice left. It was such a good game and we won 3 -0. Every goal we scored was followed with the fans screaming the players name about five different times. The rowdy fans sitting in the curve were to thank for leading all the chants.

It is hard to describe the feeling of passion and excitement that was in that stadium that night. It was like nothing I had ever experienced before. It created that type of happiness where all you want to do is smile and cry and you don’t really know why. It was so beautiful. The sounds of thousands of people, young and old, singing the anthem of their city and team so proudly, it was absolutely beautiful. It gave me so much joy just to be able to experience it.