With Halloween just around the corner, my roommate and I decided to get into the spirit by visiting some spooky sights here in Rome. Halloween is hands down my favorite holiday, and I was worried that here in Italy it would not be celebrated. To my surprise, when October hit, the streets of Rome started filling with decorative pumpkins, skeletons, ghosts. Living in a city with architecture and history dating as far back as 674 B.C. I knew there was going to be a lot of spooky places to explore. 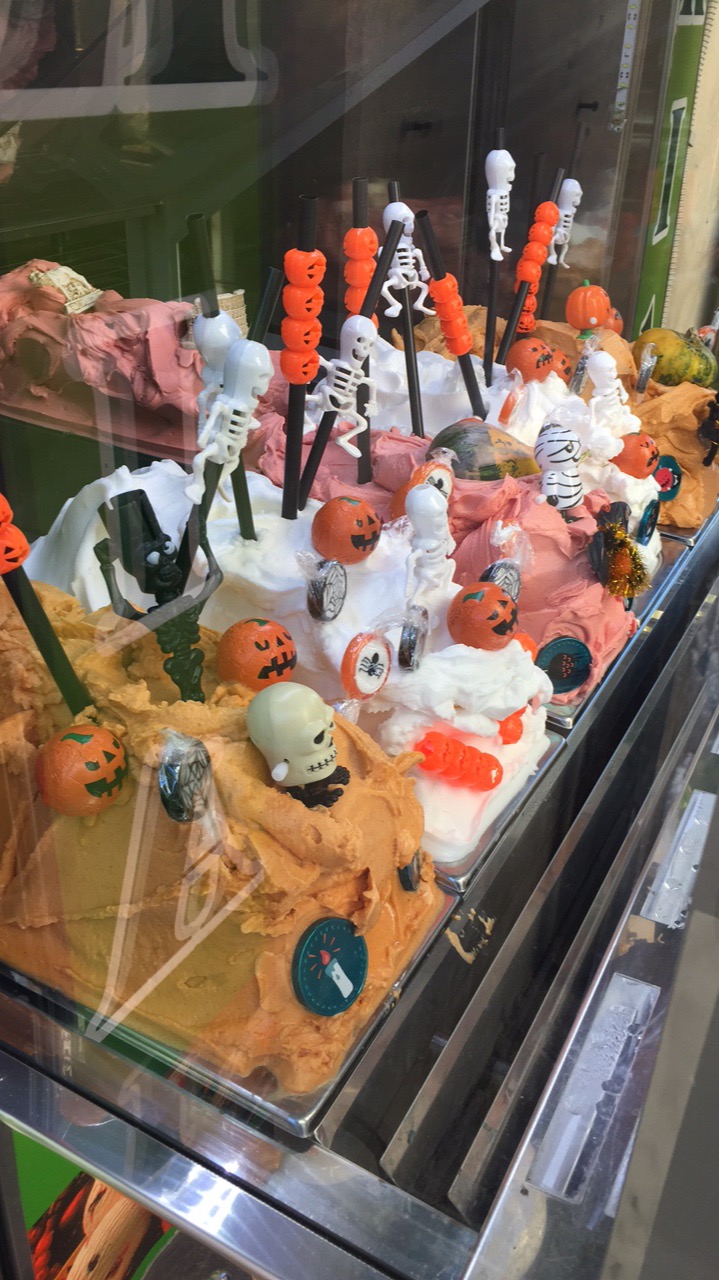 Like I mentioned before, the eternal city is filled with different tours exploring and excavating deep into the ruins and catacombs of Rome. Many people do not realize that the city of Rome today is built on top of layers of different cities.The metro in Rome only has 3 lines due to the fact that they can not dig through all the ruins. Some of the ruins date as far back at 674 B.C.

It only took a few seconds of looking online to find a handful of spooky underground tours in Rome. These ranged from tours of the Roman catacomb, ancient crypts, and excavated tombs. A group of friends and I decided to do two of the spookiest options. 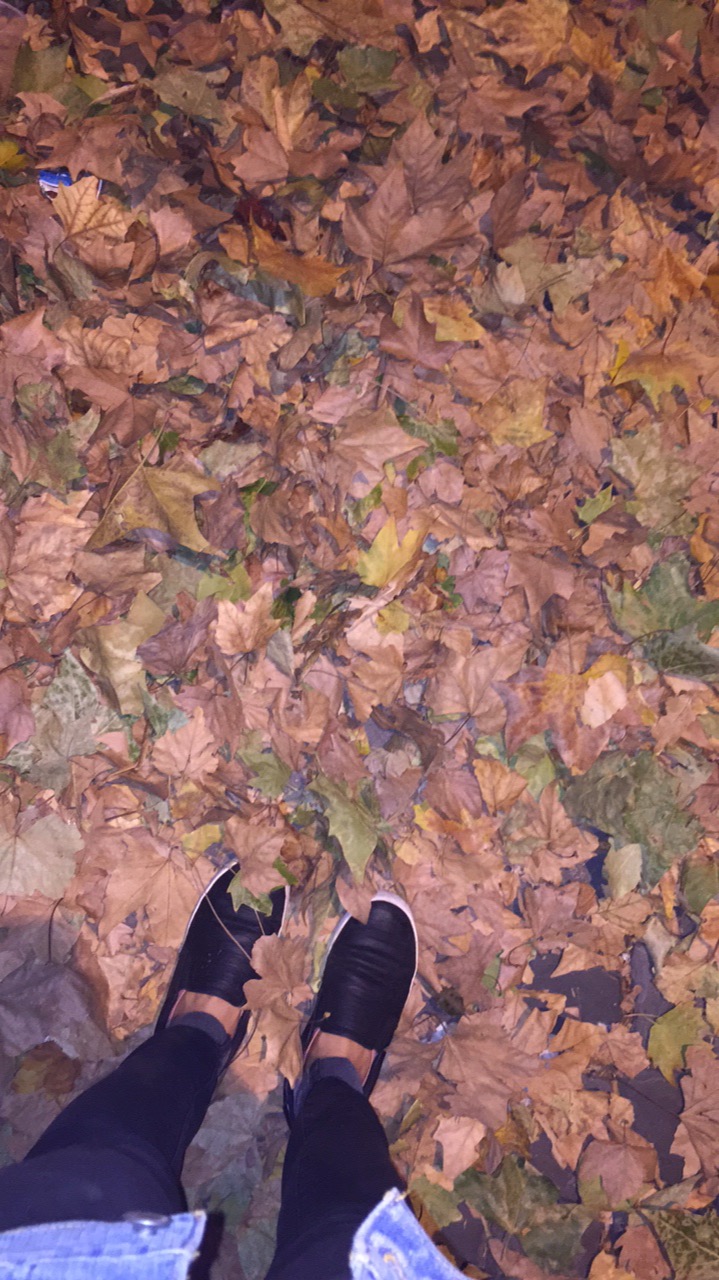 The first stop on this spooky adventure was the Basilica of San Clemente al Laterano. This beautiful and elaborate church was built on top of a 14th century church, and that 14th century church was conveniently built on top of a 4th century pagan temple. The church of San Clemente is still in use today. It is absolutely elaborate and detailed like most churches in Rome today. When walking into the church we were all too eager to see that ruins, so we started our descent of 60 ft. The air became cold and damp as we walked down the stone steps. The walls had the faint remnants of frescos depicting the stories of Christ. Pieces of marble sculptures stuck out of the stone archways. It was amazing to try and imagine how decorated the church must have been while it was in use.

After that we descended to the pagan temple of Mithras. This was absolutely amazing. To walk the tight stone corridors of a 4th century temple was so surreal. The place was nothing more than a bunch of stone rooms and small hallways. The only room that truly stood out was the room that was said to hold the tomb of Mithras. In the room there was a stone carving of the winged god.But again, it was fun to imagine what it must have looked like centuries in the past.

After our 60 ft underground excavation, we move onto our next spooky spot. We were all most excited for this eerie tour, the Capuchin Crypt. For some people, this place goes far beyond just spooky. Here, the Capuchin friars collected and used the skeletons of their diseases friars to decorate six rooms. Walking through these rooms sent chills down my spine. If you do not have a strong stomach, I would not recommend this tour. Some of the skeletons still had skin on their faces and hands, and were dressed in friar garbs. Although this experience was chilling and unsettling, it was the perfect way to get into the Halloween spirit. 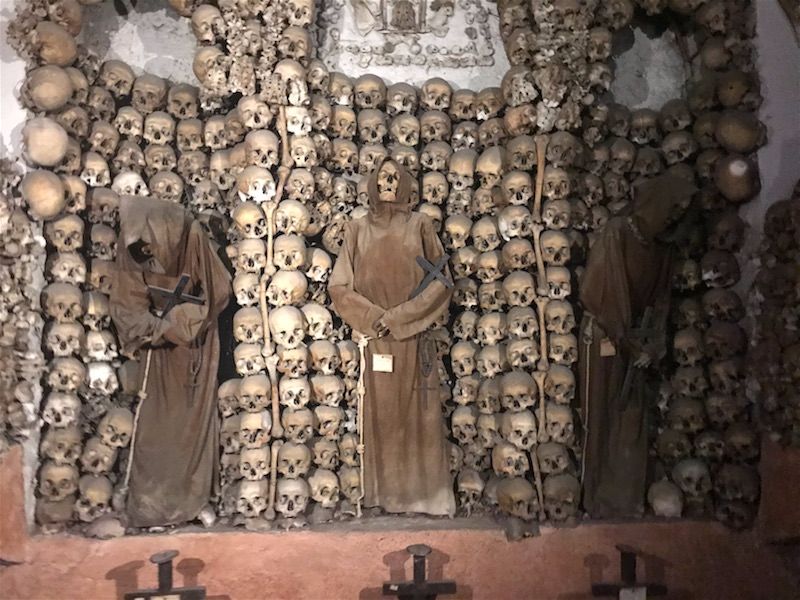 Skeletons at the Capuchin Crypt

With Halloween being my absolute favorite holiday, I was beyond excited to find out that the Italians actually do celebrate Halloween. After our creepy adventures in the catacombs and crypts of Rome, we were able to dress up in costume and head to a nightclub and celebrate Halloween like we would have in the United States. It was fun trying to put together costumes with what little we brought with us abroad. We put our creativity to work and came up with some pretty cool costumes. I can definitely say that this has been the most memorable Halloweekend I have ever had. 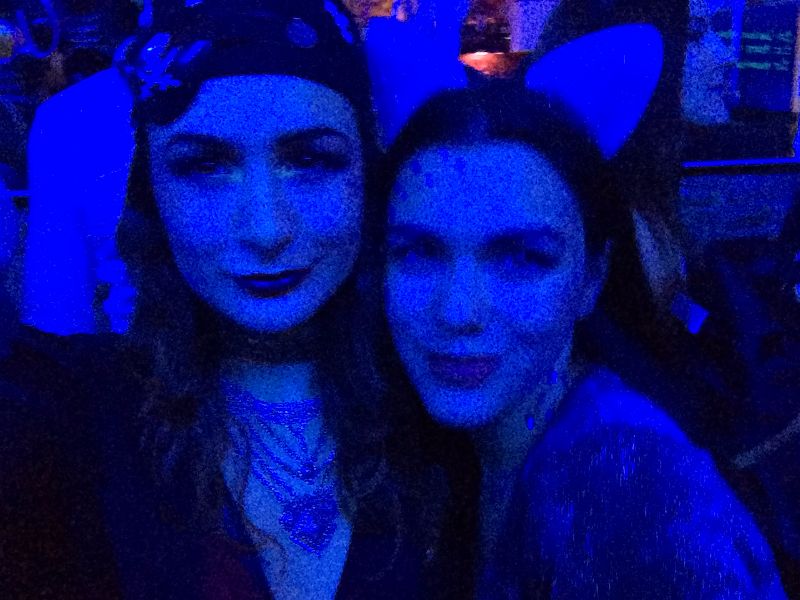 Tori and I dressed up for Halloween 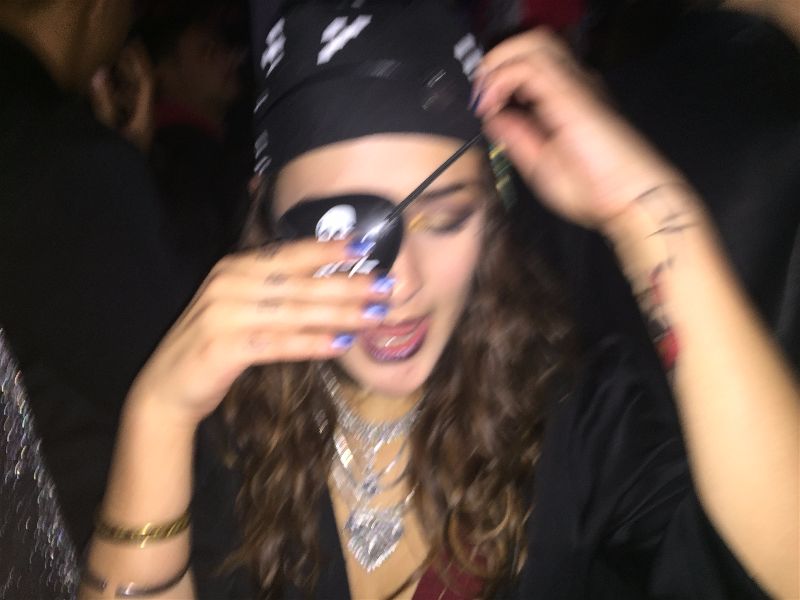 One thought on “Getting Spooky in Rome”