Why would you do that? Isn’t it so hard? Do you hate yourself? Where do you get your protein?

Those are the questions I get when someone finds out I am a vegan. Its usually followed with statements about how God put animals on the earth for us to eat, or that I am going to get sick and die if I don’t eat meat. The conversations then end with jokes being pushed back and forth and then a few eye rolls. But this was before I moved to Rome. Now, being in Rome, people are absolutely outraged by my choice to not eat any dairy, eggs, fish or meat.

I am not going to bore you with all the reasons for why I am vegan. I am also not going to try to persuade you to become vegan. So, with that out of the way, I will tell you about why it is not hard to be a vegan while living in the land of meat and cheese. And if you have are thinking about studying abroad while being vegan or with other dietary concerns, it is a lot easier than you think. 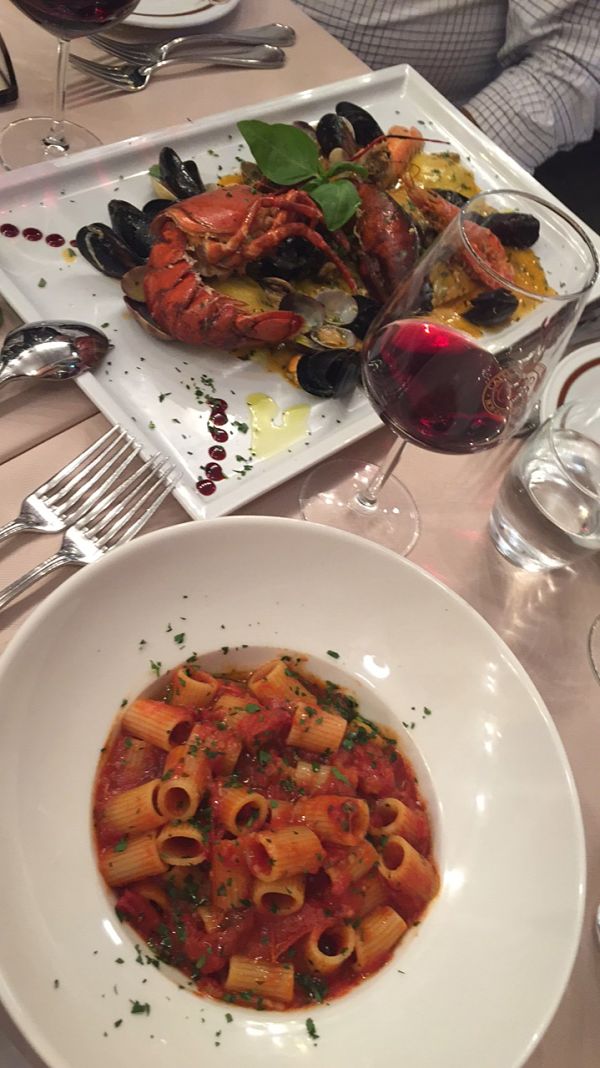 Pasta with peppers in a tomato sauce

I was worried and skeptical that I wouldn’t be able to keep up my vegan diet once I got to Italy. I had come to terms with the idea that one day I will be forced to eat something that is not vegan. Not that I am a crazy stickler about everything I eat being 100% vegan (I am guilty of two or three licks of my friend’s gelato or eating a dish that had been given a light sprinkle of parmesan), but I knew I wouldn’t be happy eating an entire plate of cheese for dinner. I was surprised that at almost every restaurant there has been a vegan option for me to pick. Even if it is not listed as vegan, there is almost always something vegan on an Italian menu. 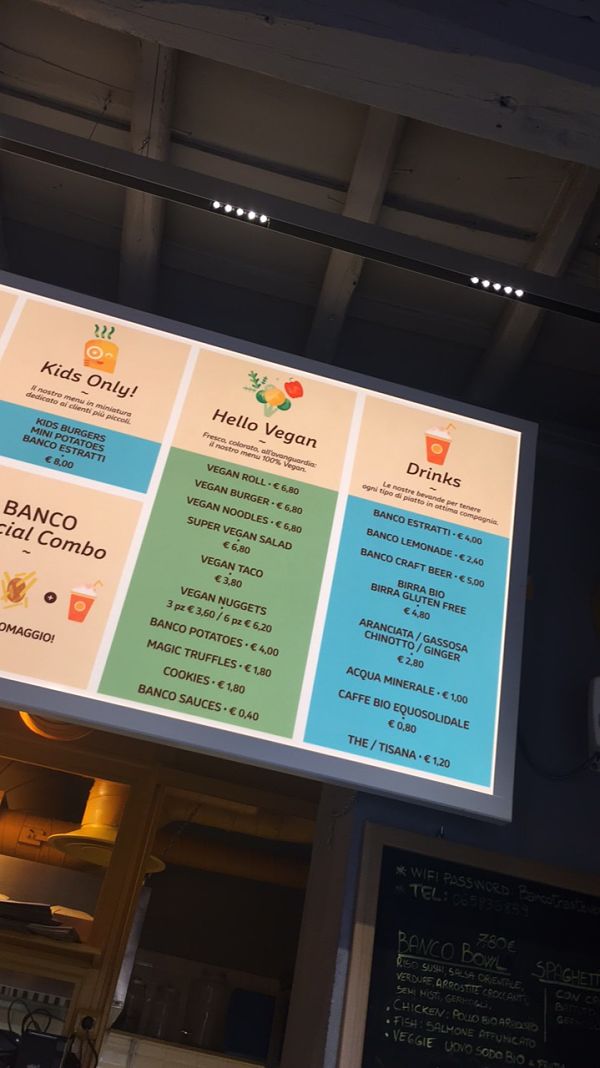 A few of the vegan dishes you can almost always find on the menu are spaghetti with tomato sauce, pasta with oil and hot peppers, any house salad, and seasoned and grilled vegetables. Pizzerias always have marinara pizzas on the menu, they are essentially just tomato pies with basil and hot pepper. The one thing you have to be careful of is that the pasta is not made with egg, but most menu’s specify. 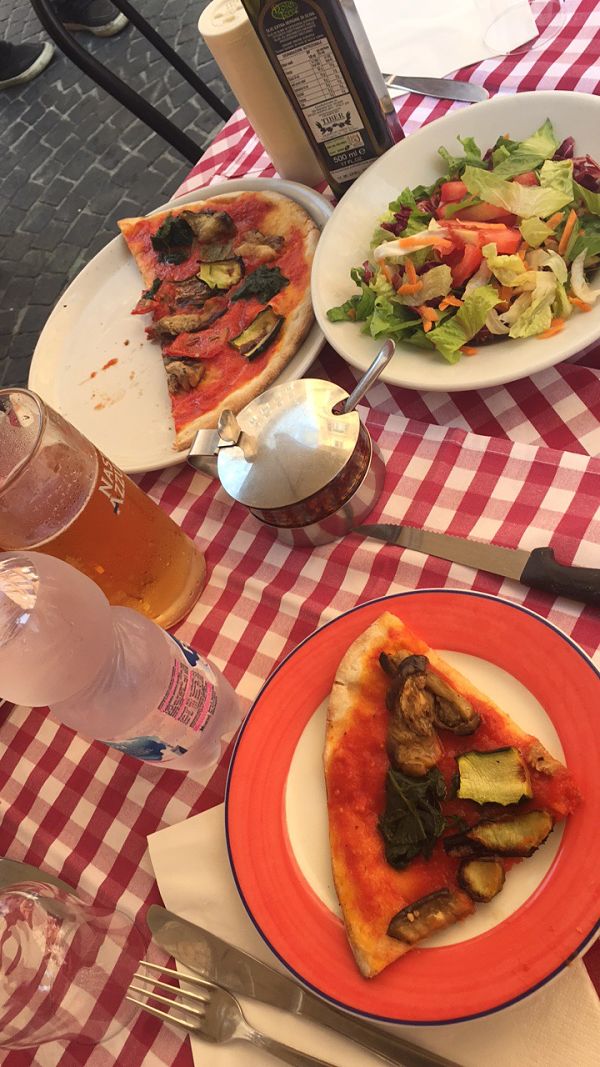 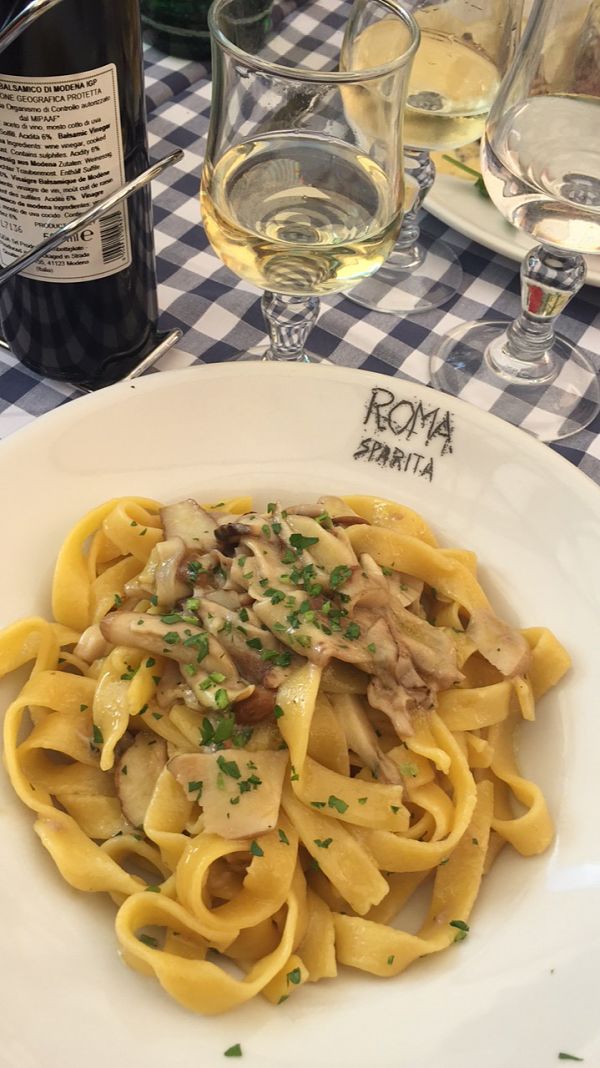 Pasta with oil and mushrooms

I know I said I had gelato before, but seriously I eat gelato all the time here. Vegan gelato of course. The gelateria down the road from John Cabot has a selection of 10+ different vegan gelatos. And yes, I know, vegan gelato may not be the same as real gelato, but it comes pretty darn close (I know because I am a cheater). I’ve heard from a bunch of my other friends that there are a bunch of other places in Rome that advertise vegan gelato as well. 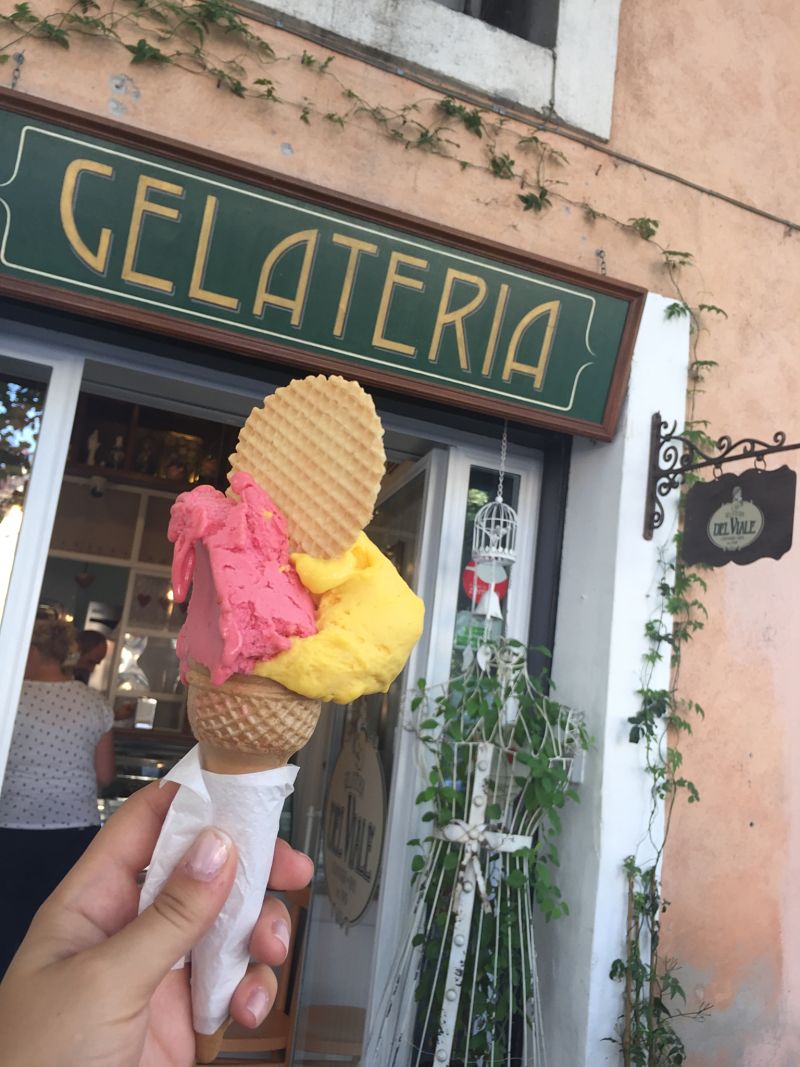 Reading an Italian menu is not very difficult. Most restaurants in Rome have menu’s in all languages, or have English translations under the linting’s. Most waiters speak English, so asking for a dish with no meat or cheese is no problem. And if you find yourself at a traditional Italian restaurant where nothing is in English and everyone only speaks Italian, well that’s why you have google translate. 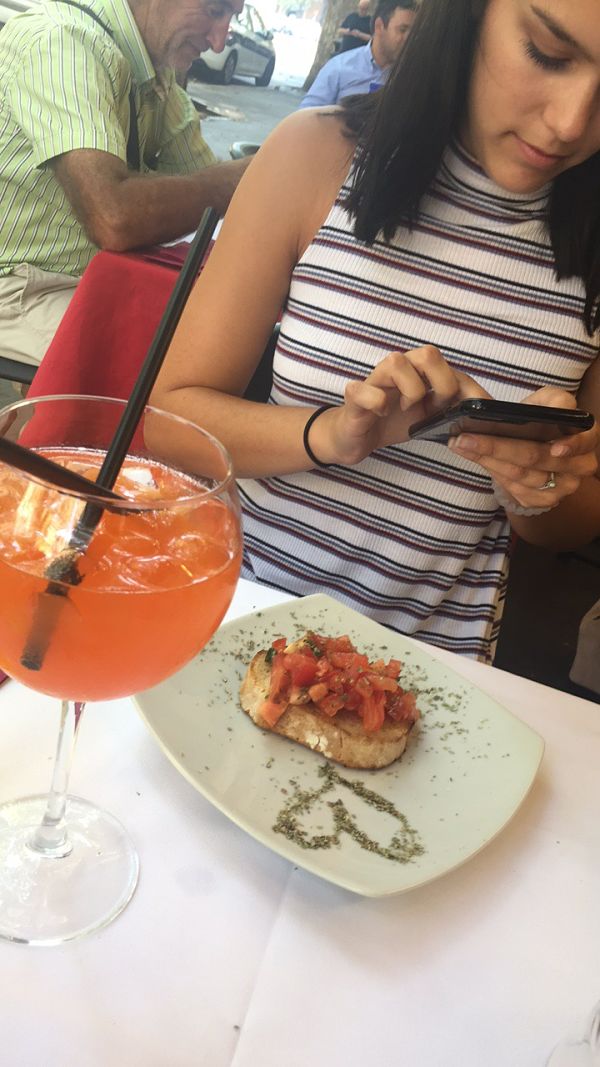 Eating out is one thing, but I’m a college student and I can’t be spending all my money going out to eat for every meal. Perks of living in a full apartment means that I get to cook for myself. “But, isn’t it expensive to buy vegan food?”, you may ask. Well no, I am here to debunk that myth. Yes, it may be expensive if you were to eat only pre-made vegan meals during your entire stay. A typical trip to the grocery store totals up to about €28, and that will last me about 2 weeks. I usually get all the staple vegan stuff like fruited, vegetables, hummus, bread, pasta, sauce, beans, salad. The grocery store is also packed with reasonably priced vegan options. I got a box of vegan patties for only €2,60. I even found vegan Nutella!!! 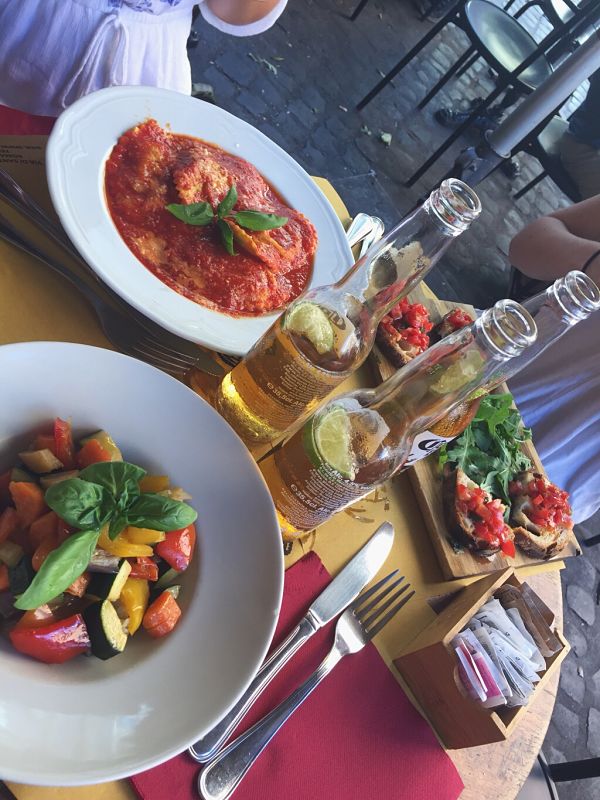 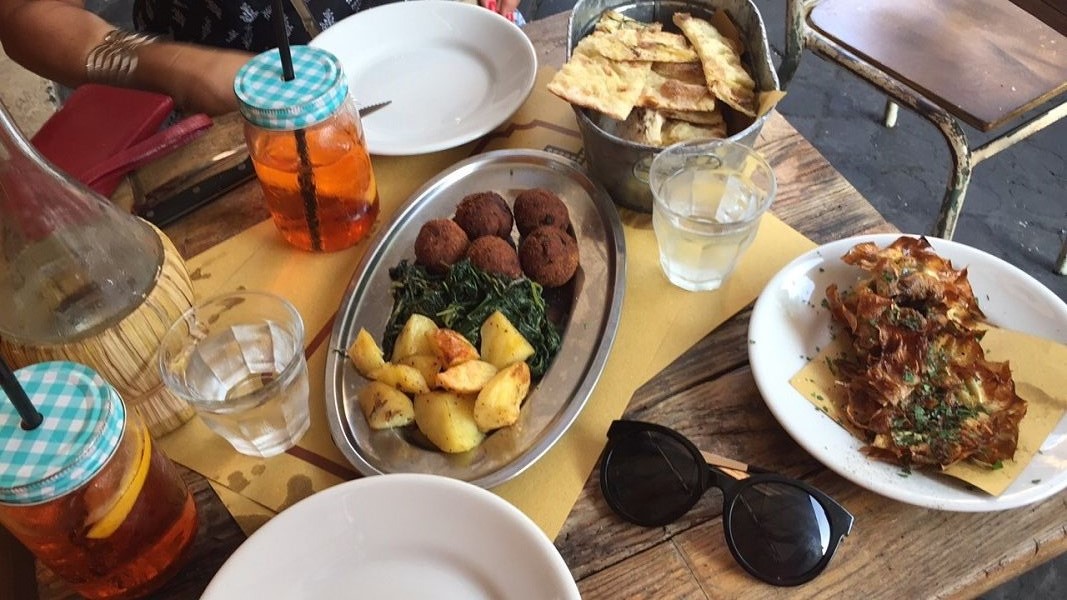 The vegan diet is actually very popular here in Italy. I have even seen many vegan restaurants around the area. There is not a single thing that is difficult about being on a vegan diet in Italy. Sometimes, it feels even easier than living a vegan lifestyle in the States. 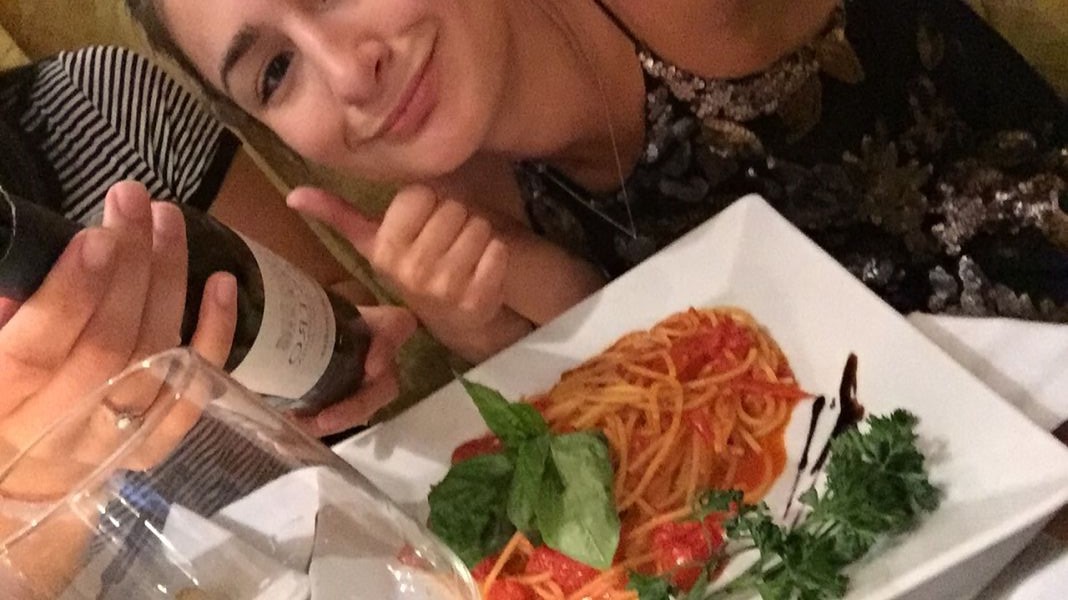