My first couple weeks here have been pretty good so far. I arrived in New Zealand on June 1st. I flew from Washington Dulles to LAX then to Auckland. The first leg of the flight from DC to LAX was a little bumpy but very short, so it wasn’t too bad. When I got to LAX, I was very excited as it was my first time in that side of the country. Unfortunately, I couldn’t go out of the airport but, LAX itself was huge. The lay-over went by quickly, and the flight to Auckland was also a breeze.

When I arrived in Auckland airport, I was picked by Simon, a former Barrister (which means lawyer here!), who was helping out with the internship program. I’m currently working for the New Zealand Labour Party, and Simon is one of many friendly people I’ve met in the program. I arrived with another fellow, named Madeline Smith, who coincidentally is also from the DC Area, and even took the same flight as me, which I was unaware of.

When I arrived, I was taken to the Marae, which is a traditional communal living space for the Maori, an indigenous group here in New Zealand. The Maori have a very strong presence here in New Zealand, and their culture has been adapted in every part of New Zealand culture. The communal living space is interesting, and I’m grateful to be allowed to live in such a space. The area in which the Marae is located is called Northcote which is a suburb of Auckland. We live about half an hour from the city, Auckland Center. The first couple days were not too bad, as I arrived on the Queen’s Birthday, which is a national holiday here. This helped me get over my jet lag, which wasn’t too bad, and else figure out my surroundings. 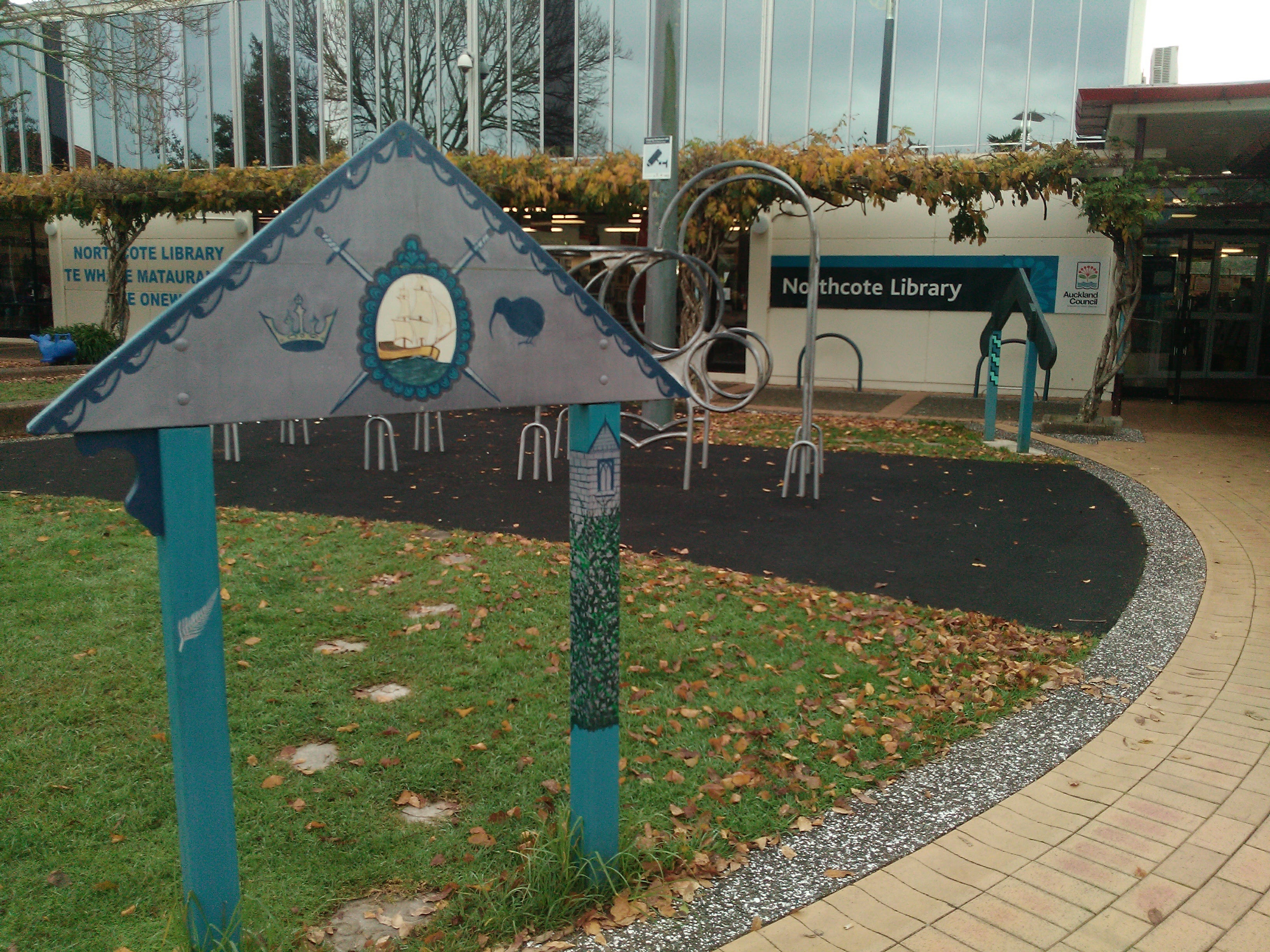 Got a temp. library card at the Northcote Library

The first day of work, which was on Tuesday was also very relaxed. We did training that day for all the new fellows, and I got to meet the supervisors Caitlin and Kieran, as well as other new arrivals. I learned a lot about how the campaign is supposed to be run, and what my job was. We also had a quiz at the end of the training, and my team came in third. It was fun, and the questions were tricky, but it broke the ice.

On my first real work day, I got assigned to a team, which was in charge of a specific electorate in South Auckland. Unfortunately, North Auckland is mostly National territory so we don’t campaign there really. The National Party is similar to the Republican party in the States, and is usually the dominant party. However, the Labour Party has been in the majority before, and is looking to do the same this election. The Green Party is also somewhat popular here, and we hope to do a coalition with them in order to win the election; however, it will be close.

In my short time here, I’ve also explored a couple of the beaches here. The closest one here is called Takapuna Beach, and although it’s probably the smallest beach here, it is still gorgeous and vibrant. I’ve also gone to Piha beach, and Wahieke Island, where I went on amazing hikes. Piha beach was only about a 45-min drive, but for Wahieke Island we had to take a ferry. Both places were black sand beaches, and took the whole day to explore. On Piha there was a waterfall, and a huge mountain that was dedicated to WWII veterans. On the island, there was a small town that was located at the end of the trail. The trail took about 2 hours, but it was worth it. 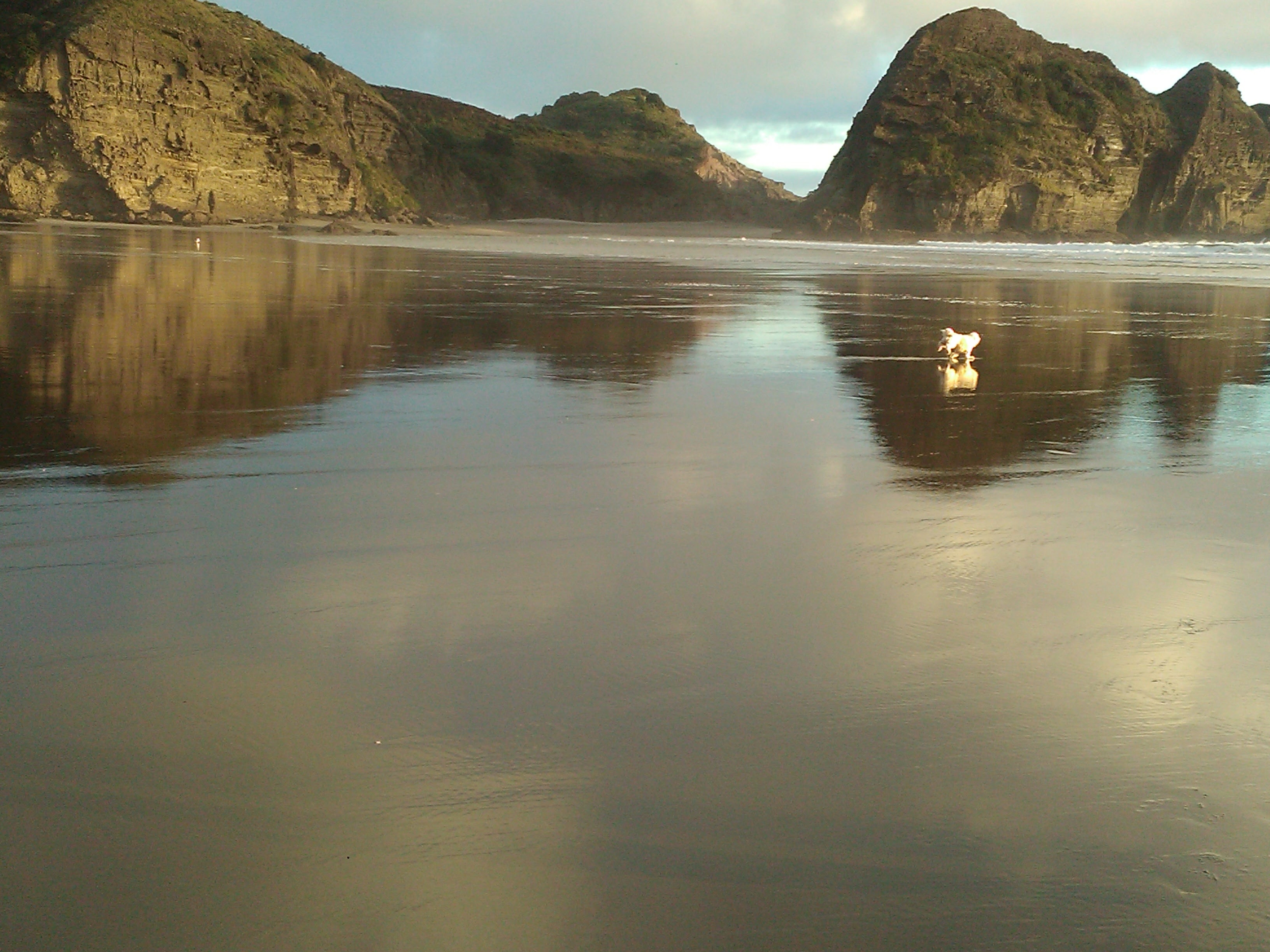 A cute dog on the beautiful Piha Beach

Overall, despite my short time here I’ve already learned a lot, and I’ve explored a lot. New Zealand is beautiful country with really nice people, and I can’t wait to see more of it.

3 thoughts on “The Start: Auckland, NZ”