My first week on the international scene has been nothing short of extravagant. What do I mean by this? I mean there has been a mix of emotions, but all ending in an amazing experience for an initiation to a new culture, in a new country, with entirely new people. In order to best describe my experience, I am going to use some pictures to demonstrate the travel process and the exploration process associated with my first week in New Zealand.

To begin my journey, I had a layover in San Francisco, California, where I would not have minded staying at based on the sheer beauty I was able to take in during my stint there. I was fortunate enough to have an uncle that lived in Los Gatos, just about an hour trip to their airport. This made it possible for me to go out and see the city, including the stunning stature and beauty of the Golden Gate Bridge. Although the time was short, I was able to visit with relatives, see some of the most prolific sites in the states, enjoy local cuisine in the Bay Area, and escape the airport for a few hours.

San Francisco was a mere layover in my upcoming journey, and I was already experiencing such amazing things. My next stop was Auckland airport. I arrived at the airport at 4:45 in the morning New Zealand time, and a full day ahead of the U.S. I was exhausted to say the least. I was picked up by a volunteer of the Labour party whose name was Bryce, and he took me to his apartment where I stayed, shared a tea with himself and his wife, and got a quick tour of the Viaduct Harbor. The willingness and friendly nature of Bryce and his wife became a commonality amongst folks I met during the rest of the week in New Zealand as they enjoyed my company and enjoyed being able to help in any way they could. During our walk I was able to see the city center, and it was absolutely amazing. The Skytower Casino dominating the skyline, beautiful aqua-blue water, and misty fresh air stimulated all of my senses.

From the harbor I then went to my official hospitality spot at a local Marae, which is a sanctuary for the indigenous people the Maori. They offered their common room to us to set up dormitory-esque living arrangements. After I quickly settled in, I was invited to partake in a hike. Not wanting to be the lame new guy, I willingly agreed. A group of twelve fellows and myself loaded into vans and drove to a place called Piha beach. Initially we continued on past the beach in order to get to a trail that led to an isolated waterfall. The hike took about 25 minutes, and then we saw the striking falls. Being a first-timer, I wanted to make sure I remembered the experience. To do so, I jumped into the frigid water, and had myself a swim under the waterfall. When else will I have the same opportunity?! 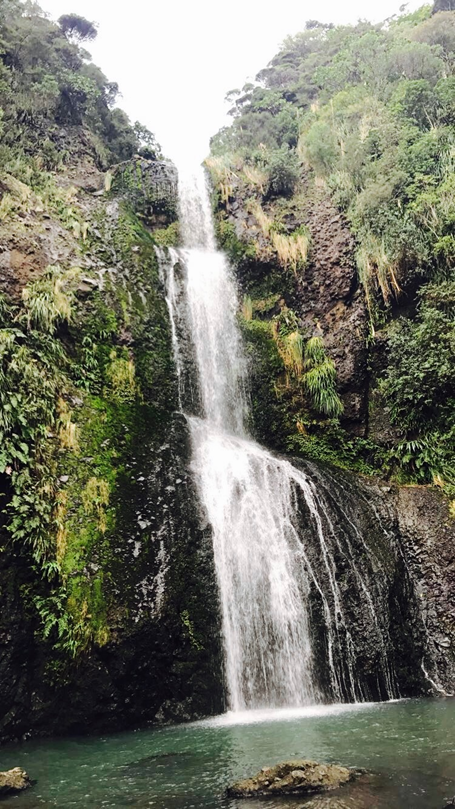 Waterfall we visited during the Piha Hike

After the waterfall, we completed our journey at the black sands beaches of Piha. Our group arrived just as the sun was setting, and no words can describe the beauty. I could not be happier that I decided to go, and not sit around in my room while that kind of experience was waiting to unfold before my eyes. 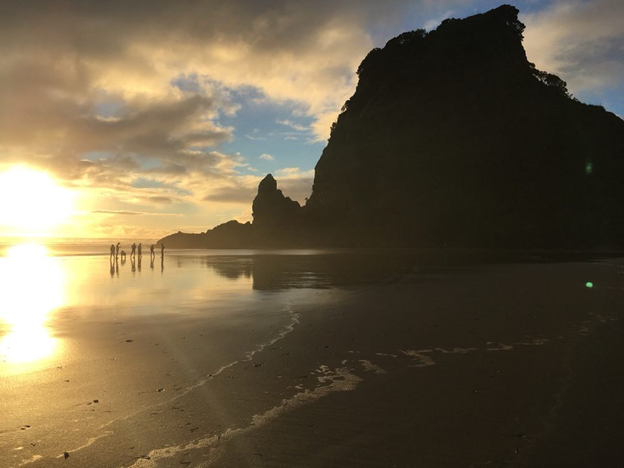 In only my first week here, I have had absolutely unforgettable experiences. In weeks to come, I hope to be fully submerged in the culture, my work here for the Labour Party, as well as continuing the formulation of relationships and experiences that I can bring to the states with me.

5 thoughts on “Extravagant Week One For the International Newbie”