As autumn is settling into the city, it’s definitely time to put the shorts away and bring out the sweaters and scarves. The weather is a major factor in certain activities so we decided this was the week we had to cross them off our list. Ash, Adam, Melynda, Denise, Ali, and I drove a few hours south of Melbourne to the small beach town of Blairgowrie for some cliff diving. While it sounded terrifying and the weather was still on the colder side, it was only going to get colder so it was a “now or never” decision.

From afar the jump does not seem that high however it is a completely different story when your toes are hanging off the edge. The water was a beautiful blue but also painfully cold. The kind of cold that sends shivers down your spine just dipping your feet in. Despite the height and the temperature, each of us climbed up the rock and jumped. Not all of us jumped from the highest point; I for one was scared enough from the lowest ledge but the whole point is to just be brave and go for it.

I jumped and oh how I wish I could do it again. Much of the times fear is the biggest obstacle that holds people back, but when you finally jump it’s the greatest feeling. After the jump you realize there was nothing to be scared of. The moment when you let go of that fear is why people skydive, climb mountains, and jump from the highest point into the deepest water. You have a moment of freedom and let go of all control. 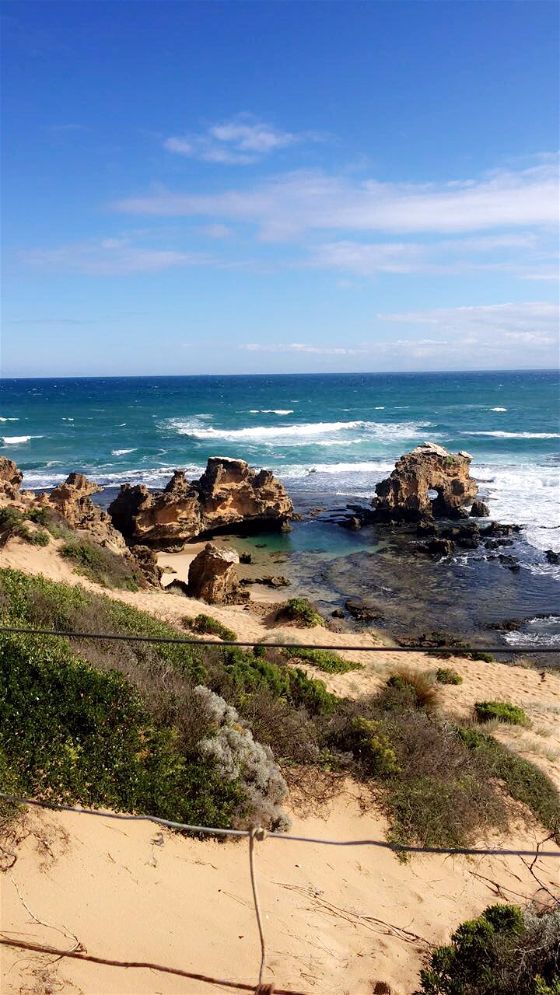 Being in the middle of the semester while friends back home are entering finals week makes me feel so overwhelmed. I am forever grateful to be in Australia; this new continent that I can call my home. This whole experience has completely opened my eyes to how big the world really is. It is so easy just settle with what you have and to avoid change from entering your life. However, I think change is what makes life worth living. I believe people should step out of their comfort zone and see what’s around the corner because once they do they’ll never regret it. Deciding to study abroad has given me this amazing taste of adventure that I won’t ever get tired of. Sometimes you need that first step, that first jump that will make you want to climb right back up an even higher cliff and jump from even higher ledges. 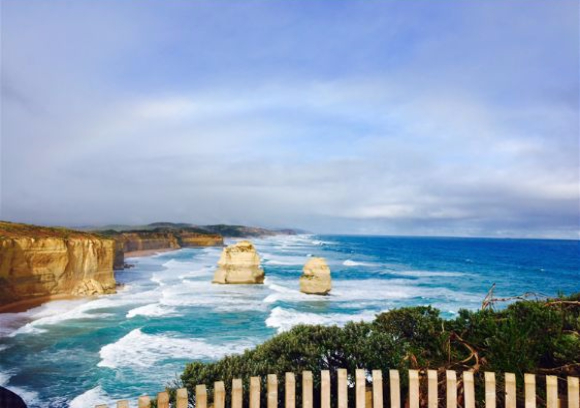 Rainbow Over the 12 Apostles

While the last bits of good weather are here in Melbourne, a group of friends and I decided to camp along the Great Ocean Road and visit popular sites like the Twelve Apostles and the Gibson’s steps right along the water. This was no average campsite however, it also doubled as a kangaroo sanctuary! We set up our tent while dozens of kangaroos grazed around us. It was unreal walking to the picnic tables and seeing them so close to us. The weather was cloudy and rainy but every now and then the clouds would break and the sun would peek out. Each time the sun made an appearance a rainbow would materialize over the water, revealing itself almost four times that day. The saying “you can’t make a rainbow without a little rain” was very appropriate for the occasion. This was absolutely a wonderful camping trip; one that only Australia could provide. I am closer to leaving this wonderful country than I realized with only two months left, and so I hope to make the most out of every moment here. 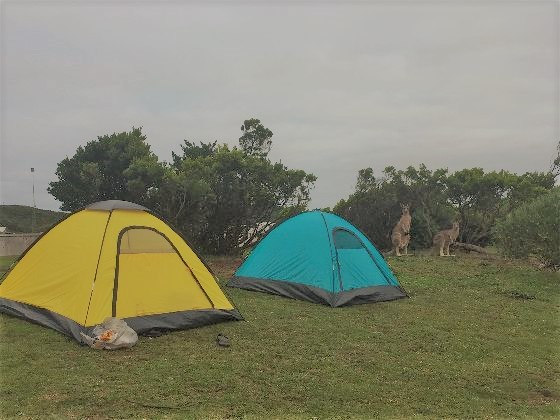 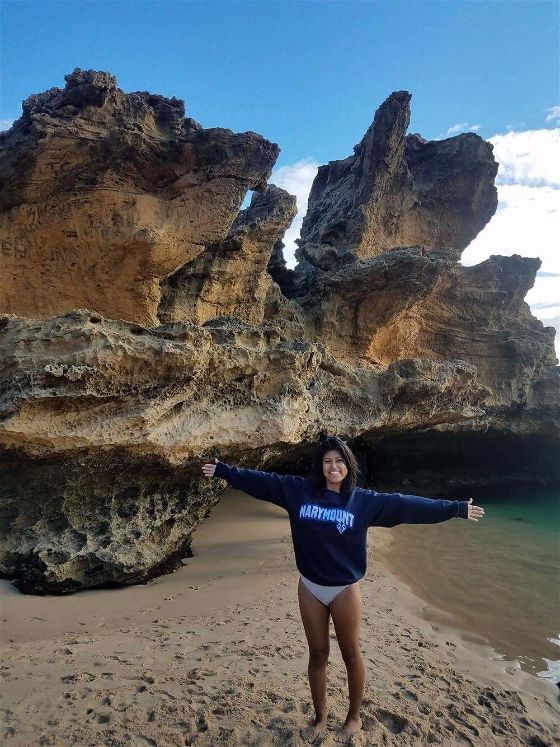