This week marked the last full week of classes at SLU-Madrid, which has ended this chapter of my semester abroad. I am officially no longer a student in Spain, and don’t know if I’ll ever will be again. It’s certainly bittersweet to realize this, as I know that I will naturally miss the friends and routine that I established here, but look forward to returning to my social life and extra-curricular activities back at Marymount.

As I have mentioned in previous posts, spending my semester abroad has given me the confidence to pursue certain activities that I would have been afraid to do back in the States. In Spain, I have rediscovered my passion for dance as a student in my Latin Rhythms and Dance class and as a member of the university dance team.

For our final exam, my Latin dance class was required to put on a performance showcasing the two types dance that we learned this semester: Salsa and Bachata. Before our performance, my dance teacher said something that has stuck with me ever since. She said that our personalities are evident through our dancing, as it serves as a platform to portray who we really are. Those who are outgoing often dance confidently, and those who are shy tend to be more reserved when dancing. My teacher also said that dancing gives us an opportunity to express the side of us that we may not always show.

My teacher’s final words completely resonated with me, as I have been dancing ever since my mother signed me up for hula lessons at age three. I stopped dancing when I started college since I had become preoccupied with other responsibilities, but in Spain, I realized that my passion for dance had never left me despite this. When I danced hula, I shared a story with the audience based on the movements of my hands and hips. Mastering a routine after months of practices and rehearsals was so rewarding, and I didn’t realize how much I missed performing until I began dancing again in Spain.

I had been very excited to start learning a new type of dance while abroad. I didn’t know anything about salsa or bachata dance, so I was immediately taken back when the teacher instructed us to dance with partner of the opposite gender on our first day of class. I had been so anxious and nervous to dance with someone I didn’t know on the first day, and immediately thought about dropping the class out of fear of humiliation. Eventually, I decided against it because I realized that I was only in Spain for a semester, and even if I did embarrass myself occasionally, it certainly wouldn’t be the end of the world.

Sure enough, every day at the start of class, we were supposed to pick a partner and continue practicing where we left off from the previous class. Overtime, our class became more comfortable which each other, and picking a partner of the opposite gender wasn’t nearly as scary as it was on the first day. As the semester progressed, I noticed that my confidence and self-esteem improved through dancing. The dance studio was a haven for me to express myself and let go of any insecurities that would hold me back. Becoming more proficient in the new routines and steps that I had originally thought I could never do was such an empowering experience. After each class, I felt more energized and happy, for really no apparent reason at all! My Latin dance class was truly a refreshing change from sitting through lectures all day, and I enjoyed dancing to Latin-American music while learning about their culture simultaneously. In addition, being a part of the dance team also introduced me to people who shared the same interests as me. 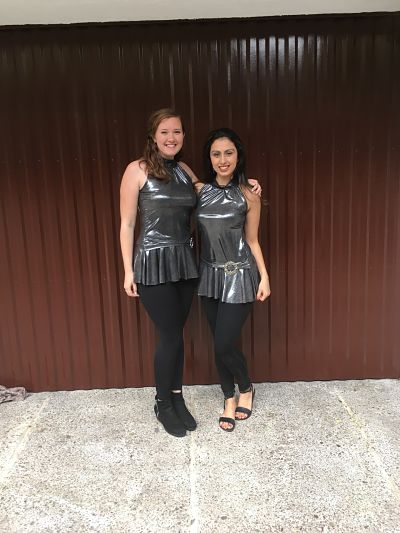 Before our Latin dance performance

Ultimately, seeing myself progress in a new type of dance over the semester has made me more confident and willing to try new things in life, even if it may seem difficult at first. When I saw the video of our final dance performance, I never in a million years would have thought that I could master a new type of dance in just a few months. With hard work and perseverance, the possibilities are just endless. Being in Spain revived my passion for dance after two years, and was where I realized the many personal benefits that dancing provides for one’s well-being.

On another note, Spain had another holiday weekend this week so my friends and I decided to visit Ibiza, a tiny Spanish island located in the Mediterranean Sea. I went to Ibiza with a program called City Life Madrid, which allows students all over Madrid to sign up for the many trips that they organize throughout the semester. Originally, I had signed up for the Ibiza trip with just one friend, but ended up making dozens of new ones during the weekend! I met people from Greece, Cyprus, Lichtenstein, Nigeria, Mexico, Turkey, and Brazil, all within a few days. It had been such a unique and multi-national group of students, which introduced me to a multitude of cultures that were originally unknown to me at first. Eventually, I realized how similar we all were despite our differences. 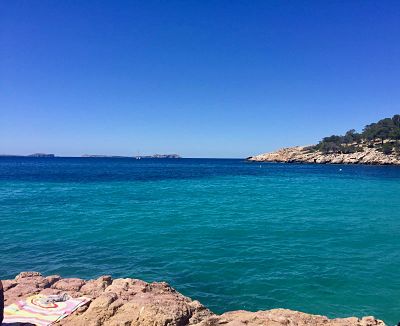 For instance, on our ferry from Ibiza to continental Spain, I had a great conversation with my Nigerian friend about the struggles of adjusting to a new culture and about the many similarities between the Hawaiian and Nigerian culture. During my first semester at Marymount, I felt like an international student based on the numerous cultural differences between Hawai’i and the mainland, regardless of the fact that Hawai’i is also a state. The culture that I grew up with in Hawai’i is so different from what my friends on the mainland experienced. For instance, in Hawai’i, owning materialistic items such as brand-name cars, handbags, shoes, etc., does not make a difference of how we perceive others. When I came to Marymount, I was surprised to overhear my friends calling out the names of car brands in the parking lot, saying things like, “Oh my god, look at that Audi!” or “I love your Sparies!” when I could barely understand what they were referring to and why it was so important. At first, I even became concerned about owning Bearpaws instead of Uggs, when this would have never even crossed my mind back home.

In addition, I grew up addressing adults in Hawai’i as Aunty or Uncle, even if they were not related to me. When I addressed an adult by “Aunty” on move-in day, she appeared to be a bit taken back by it. I had felt so humiliated for not being aware of this cultural difference at the time, and didn’t know how else to address her. Although I still find it strange to address my friends’ parents and other adults by Mr. and Mrs. or by their first name, it was something that I had to adapt to over time, even if it was different from how I was raised my entire life.

When I was talking to my friend from Nigeria, she also experienced almost the exact same cultural differences as I did between Hawai’i and the mainland US. Like Hawai’i, Nigeria has a very community-based society, and the family unit is much stronger and closer than it is in most western countries. I never thought that I would ever be able to compare the Hawaiian culture with a country in Africa, and it was so surreal to see the many similarities that two completely different nations would have. It truly goes to show that humans are so much more than just the color of their skin, the religion they practice, or what nationality they belong to. These differences make us unique, but we are ultimately more similar to each other than we realize. If more people took the time to get to know others different from them rather than base their assumptions on a single characteristic, I believe that a lot of the racism, prejudice, and misconceptions that we have of others would be eliminated. I am so grateful to have had the experience of abandoning my own pre-conceptions of other cultures, which taught me how important it is to be open minded and informed about others before making judgements.