This past week I was lucky enough to have a visitor from home – my brother! Although my parents were unable to make it out to visit me due to work commitments, my older brother managed to make it all the way to Florence for a week long holiday! My brother, John, had planned to visit me since before I even bought my own plane ticket to Italy last semester. It was nice to have something to look forward to and to remind me of home! Having a piece of home with you while you are abroad is always a little bit comforting. During the first part of the week, he visited his friend that is stationed in Vicenza and went to an Italian Serie A soccer game with him. This first part of the week, I was still in Paris, but once I returned we made plans to visit Rome, Pisa, and Cinque Terre for the remainder of his time in Florence.

When I first visited Italy when I was fifteen, I was traveling with my soccer team and one of our games was in Rome! This left me with memories of visiting different touristy places within the city, so I decided to go back with my brother to show him around. We ended up seeing a lot more places than we originally planned due to visiting some at night time when they were all lit up! My brothers favorite spot in Rome was the Colosseum and it is unbelievable. While trying to visit Vatican City, we encountered an issue of having to wait in line to get inside but having little time since we had to catch a train in only a couple hours! There were people on the side trying to sell you more expensive tickets to get you inside quicker, and let me just say, don’t give in. We made that mistake! Luckily, we made it inside to see the museum and the Sistine Chapel before we had to catch our train, but it was a little stressful at first! 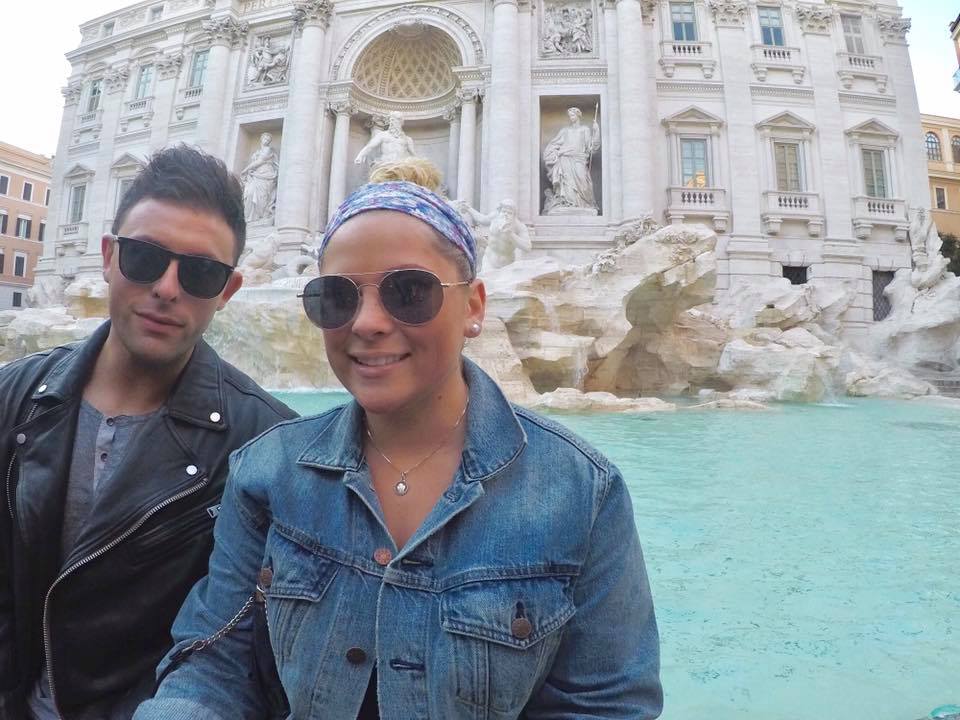 The Colosseum, Rome, one of the 7 Wonders of the World

The next place that we visited was the town of Pisa, which I had never been to. I had been to the Pisa airport, but not to the famous Leaning Tower of Pisa, so it was new to both of us! It was a short twenty minute walk to the tower from the train station which made it easier for us to get to than some of the tourist destinations in Rome! The Leaning Tower of Pisa was so much more than I expected; it is in a small town with only the tower and a church as the highlight but as soon as you walk up to the tower you are immediately in awe! 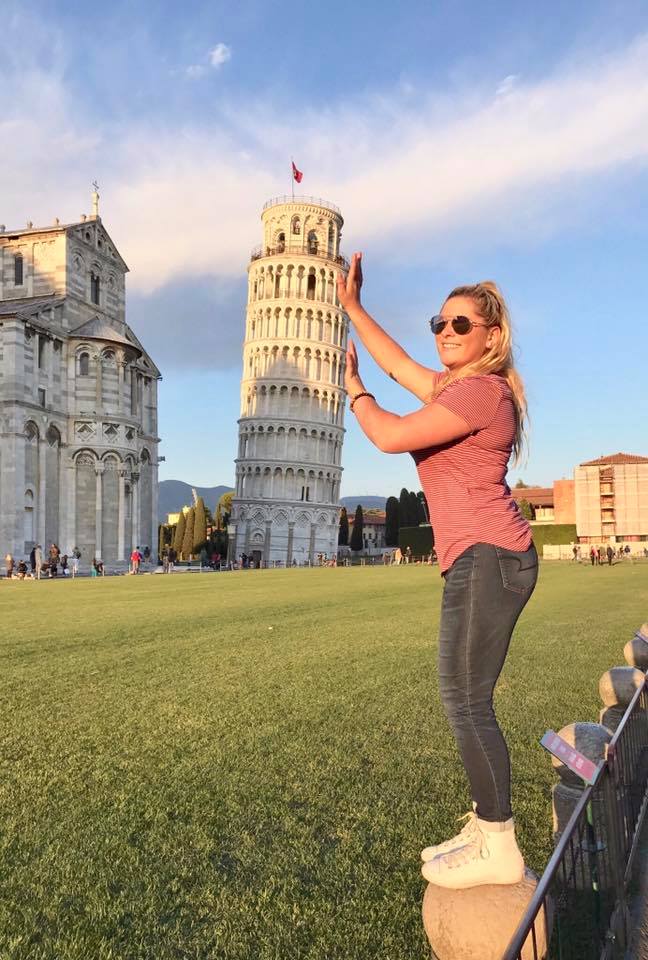 The third destination we traveled to was Cinque Terre! We took the train directly to one of the five towns, Monterosso, where you are immediately greeted by the beach and small shops with gelato and all types of Italian souvenirs! It ended up being a gorgeous day where we could’ve enjoyed the beach, but that’s not like the Pacilio’s, so we decided to go hiking! My brother and I hiked for two hours from Monterosso to Vernazza, another one of the towns. Although my family is used to hiking the Adirondack Mountains, this was still a pretty challenging hike from town to town! 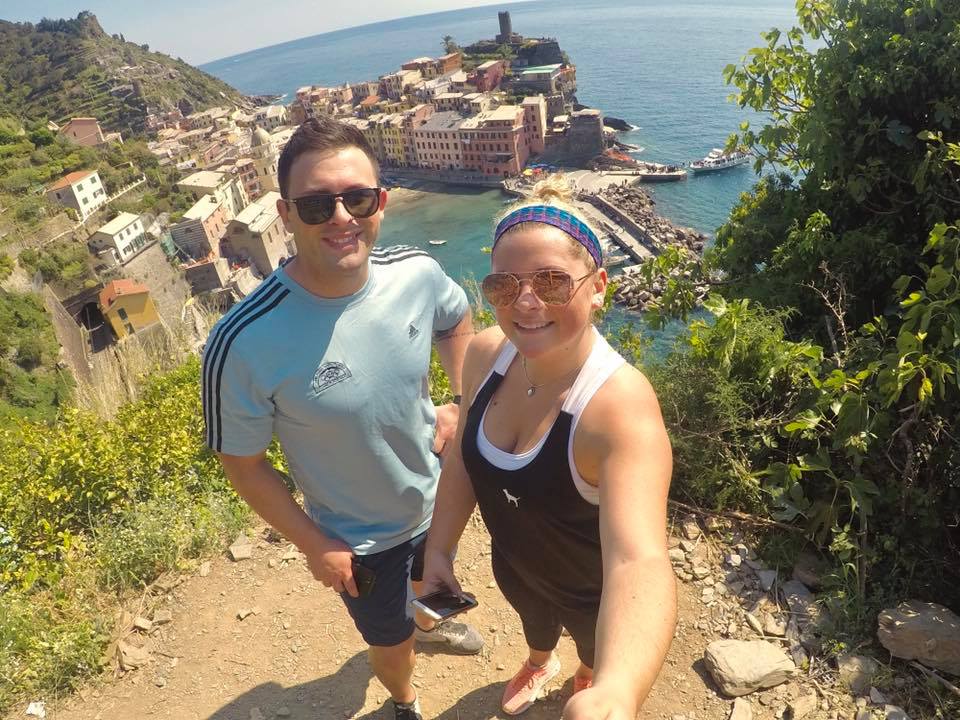 My brother, John, and I after hiking from Monterosso to Vernazza, Cinque Terre

It was great to have my brother come visit me for a week, and was a nice reminder of home which is always comforting! We endured sibling bonding for a week and made the most of our time by traveling to Rome, Pisa, and Cinque Terre with the last being his favorite! It was nice to have a family member in Europe with me, but I will soon be heading home to America where I will see everyone else again.