In Spain, Semana Santa is recognized as the holiest week of the year. Processions are held in every region of the country, commemorating the Passion, Death, and Resurrection of Christ. Plaza de Cristo Rey, the once bustling roundabout where my flat is located, resembled a gravesite at the start of Semana Santa.

The Easter holiday is celebrated quite differently in Spain compared to the States. Never once did I see ads for Easter egg hunting or photos with the Easter bunny. Rather, the processions during Semana Santa consist of floats, parades, and street celebrations that portray each stage before Jesus is resurrected on Easter. The ginormous floats are carried on the backs of dozens of volunteers and paraded down the streets for hours.

During Semana Santa, my best friends and I visited the Andalusian cities of Córdoba and Málaga in the south. In Córdoba, we saw a procession on Palm Sunday at La Mezquita-Catedral, one of the most striking Moorish architectures in the country. As the name suggests, it is comprised of both a mosque and a cathedral. When the Muslims conquered the Iberian peninsula in 700 A.D., the cathedral was divided so that both Muslims and Christians could worship together. It was surreal to view a Christian procession emerge out of an Islamic house of worship, which truly represents how integrated and diverse the Andalusian regions is. 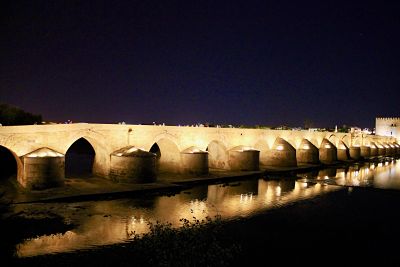 At the start of the procession, I was shocked to see figures emerge that looked like an exact representation of the Ku Klux Klan. They were men dressed up in white cloaks with a tall, triangular hat that covered their entire face. I didn’t know how to react at first, as I could not understand the correlation between the holiest week of the year and an extremist group. I eventually learned these figures are known as los Nazarenos, or the people of Nazareth in Spain. Since the image of los Nazarenos and the KKK are identical, it’s natural for someone from the U.S. to make this comparison. In fact, the KKK adopted the attire of los Nazarenos to disguise their horrendous acts and pledge allegiance to God after committing them. Despite this however, the portrayal of this figure naturally has a very different meaning in Spain than it would in the States. I felt distraught after realizing that I connected such a religious and meaningful figure to a terrorist group, but was glad that I uncovered its underlying meaning. 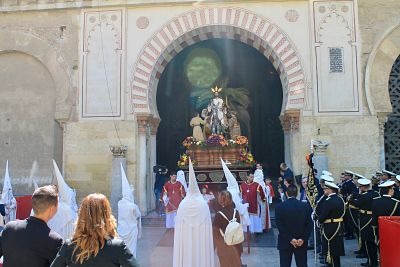 From Córdoba, we ventured on to Málaga, otherwise known as La Costa del Sol. As any city along the coast, I felt right at home. I noticed that people in Málaga appeared to be more relaxed and laid back than those in Madrid. People walked around in board shorts and slippers instead of heels and slacks, and basked in the sun within the many botanical gardens in the city. Our AirBnB happened to be just a few feet from Playa de la Malagueta, and it was so refreshing to wake up to the sound of the waves crashing and have a perfect view of the sunrise each day. 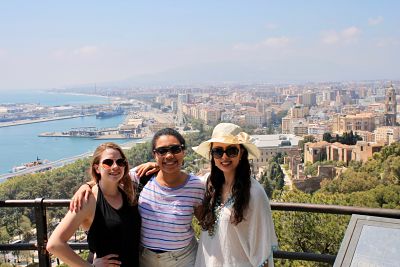 In Málaga, we visited El Teatro Romano de Málaga (the Roman theatre), which was truly a great experience after studying Latin for two years in secondary school. There was a museum adjacent to the ruins of the theatre that displayed ancient Roman masks and props, which mirrored the photos I had studied in my Latin textbooks. We also visited La Plaza de Toros de la Malagueta, which is a bullfight area and museum in the center of Malaga. We did not end up

seeing a bullfight show, but we did have a chance to learn more about the history of bullfighting in Spain by visiting the museum. I was surprised to learn that bullfighters are actually quite short in size – the average height of a bull fighter is just 5’6. I do admit that I was very disturbed at how ferociously the bulls were treated, and could not imagine the amount of pain they endured. One of my ESL students said that bullfighting is not as popular as it used to be in Spain, especially in metropolitan cities like Madrid. In some regions, bullfighting is still an integral aspect of the culture, but several animal rights activists have promoted legislation and public awareness against the mistreatment of the bulls. 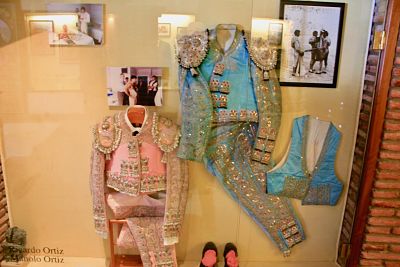 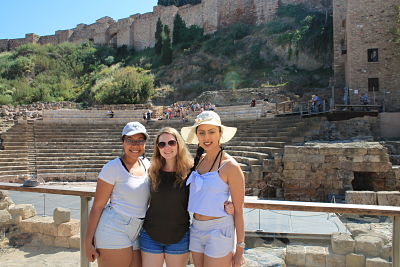 Undoubtedly, being able to see the processions of Semana Santa and visit numerous historical sites was a spectacular experience. However, my favorite moments from the week were not just seeing these sites, but sharing this experience with my two best friends. One of my favorite moments of our trip was sitting at the bullfight area with my friends for nearly an hour, and just talking about anything and everything. Since Kaleigh is no longer a student at Marymount, the three of us can only reunite about once or twice a year. As cheesy as this may sound, sharing laughs and reminiscing over the memories that we’ve made together was by far my favorite moment of our trip. I’ve come to realize that it’s not always about where you’re going or what you see, but the people you surround yourself with that can truly transform your experience. 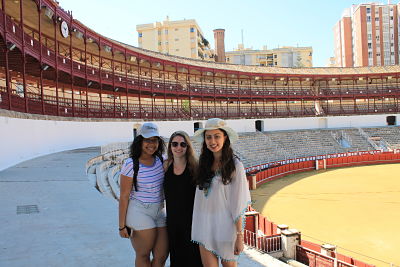