With the mid-semester break creeping up shortly, I am beyond surprised that I have been living in Melbourne for more than 2 months. I have loved almost everything about Australia like the amazing weather, people, and accents. Yes, I am still not even close to tired of hearing their accents. Even when I am in the library listening to my lectures and there’s a large group of friends making too much noise for a library setting, I’m not mad. They could find a more appropriate location for their discussion but when they are speaking loudly with Australian accents it makes it just a little less annoying.

However, one thing I do not enjoy about Australia is the school system. I never thought I would say this, but where are all the quizzes and assignments? Instead of assignments every week, there are just lectures and the occasional lab. On the bright side, all lectures are recorded and so I can take additional notes outside of class. This week I had my first mid-semester exam for my environmental technology class and I had a lot of studying to do. So I spent much of this week in the library with a coffee at hand. Even with my extensive notes and three-hour window I got a lower grade than I am willing to admit. Although it is passing, I am not used to the grading here. In Australia if you score more than 50% than you are passing, very different than 80s and 90s most people aim for back home. I can see why worksheets and quizzes are so heavily dependent upon since it encourages students to review the material taught in class even though I have also learned that too many assignments can be just as overwhelming.

The enormity of RMIT is another concept I find myself struggling to adjust to at times. With about 40,000 students the lectures are packed with students and I even have a total of three professors that teach different subtopics within my chemistry class. Different professors specializing in inorganic, organic, and physical chemistry teach at different times during the week; all with different teaching styles. Although students are only allowed to take three- four classes per semester, I feel as though the work balances out and you need a lot more focus for each class. On the other hand, in America you take 4-6 classes each with full work-loads and multiple assignments due each week. Also, just attending such a large university adds competition for ideal study locations, something I never had an issue with at Marymount. There are almost always open tables in the library or study rooms in Rowley. I would easily spend at least an hour searching for a spot to charge my laptop and take notes on the lectures. As an international student, there is not as much scholastic pressure since the courses I take are pass/fail. 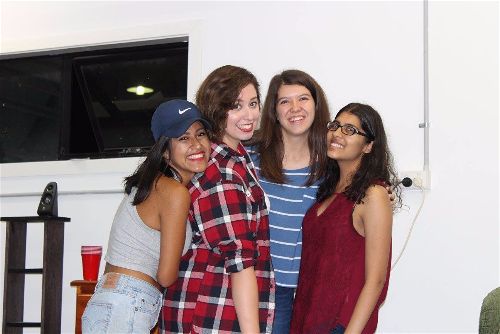 After a week of studying for my exam, I knew I had a fun weekend to look forward to. A few friends were hanging out for an American themed party which included a photoshoot in front of both Australian and American flags and (awful) country music. Much of the time was spent playing ping-pong or reminiscing about American fast food chains like Taco Bell or Chipotle. All in all it was a fun ending to a long week which unfortunately will repeat next week due to an upcoming chemistry exam following the mid-semester week. There is still a lot left before the semester ends and I am sure each week will bring new tasks, challenges, and fun memories. 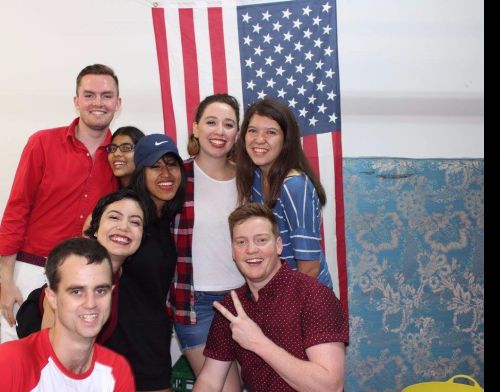