A few weeks ago, I had told my boyfriend about my money troubles. With all of the traveling and unexpected costs my bank account was depleting quickly. I knew if I wanted to travel to Thailand, Sydney, Tasmania and wherever else I would need to fund most of it on my own. My parents were willing to help however it is hard to ask them for financial help when they funded most of my trip here including the program fees, flight costs, and housing. I had spoken all of my issues aloud to my boyfriend Pedro, who is one of the most caring, supportive, and loving people I have ever met. He had suggested I make a GoFundme which is a website that people use to fundraise money. However, I had this presumption that people who set these fundraisers up are likely to receive donations from family members. This was a bit complicated for me.

I am a first generation here in the US. My parents left Peru and Venezuela in the 90’s in hopes of giving their children better opportunities- a story told by many immigrant families. Both my parents were 1 of 8 or 10 children, so I am aware that I have dozens of aunts, uncles, and cousins in South America. Although traveling to either of these countries is expensive I haven’t seen any of these people since about 10 years ago. The point is the family members I do know are my parents and brothers. The second he suggested I make a Gofundme I expressed my doubts. I do not have family that would donate. We left it at that and moved on. I insisted I would find a job and fund everything myself- yet like many things, it is easier said than done. 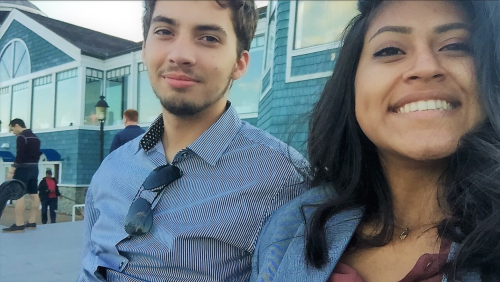 The greatest of all time

A few days later I was surprised to discover that he had gone through and made an account and shared my story on Facebook in order to prove that what I lack in blood relatives I make up for in close friends. I was touched that he made the account and shared my story of being abroad and my financial issues. He set the goal of 700$ by the end of the month and encouraged our friends to donate or share the page. To my absolutely astonishing surprise he actually raised 700$ through many donations from my closest friends. I was shocked; I absolutely could not believe he raised all of the money so that I would not have to worry about food or day to day expenses. He had proved to me that there are people out there that care about me like family and it does not matter if they are directly related to me. This small gesture really meant a lot to me and I felt the need to share what he did. Not to get too mushy, but he is an incredibly important part of my life. He is always by my side through every crazy decision and I could not appreciate him more. I am genuinely lucky to have him. 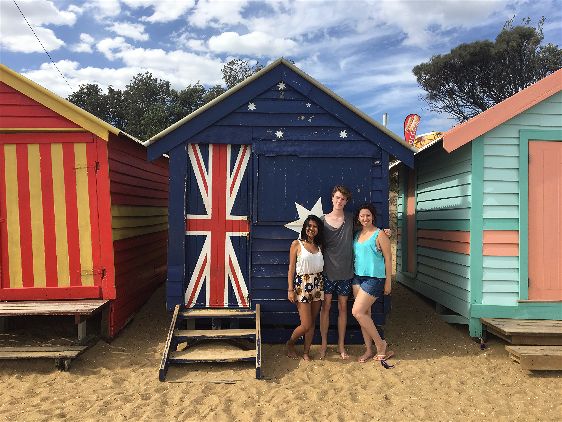 I would say the rest of the week was also eventful. I had spent Wednesday at the famous Brighton Beach and took many pictures next to the colorful beach houses. It was a windy day so we spent a majority of it relaxing next to the water. While scrolling aimlessly on Facebook I came across an ad for the ROC race in Melbourne. This is a popular 5k in the US and is like the show Wipeout. This Ridiculous Obstacle Challenge is filled with inflatable slides, 3-meter jump, and lots of water all along a 5k run next to the Flemington Racetrack. This advertisement stated that if you volunteer for two shifts then you get to run this whole race for free! Like I had mentioned before I always try to go for any opportunity presented and so Ali and I signed ourselves up for the few shifts they had left. We arrived at the racetrack at 6:30am on Saturday morning for our shifts and manned the best obstacle- the finish line which consisted of a 4-story water slide. Although exhausted we finished our shifts and then ran the race almost immediately after. It was incredibly fun and we went through a lot of the obstacles multiple times. 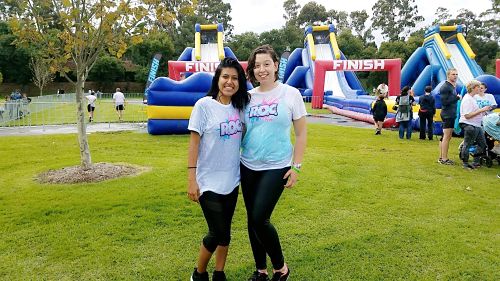 Finish Line at the ROC Race

Sunday morning was similar although we arrived at 8 instead and after I rushed to Federation square. Here I was meeting other students from my program for a free football game! Australian Football (or as Australians would say “footy”) is an incredibly popular sport and after watching the game I could tell why! It was very fast paced and exciting and I do hope it wasn’t my last game. 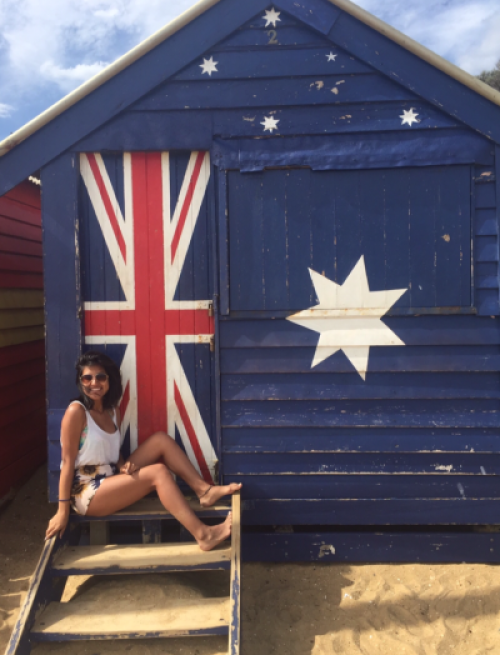