Although traveling to a new city and country to study abroad for a semester can be exciting and thrilling, you need to see more than just that one city. When studying abroad, it is almost imperative to explore more than just a couple miles within your apartment building! As I have written about before, I have traveled out of Florence and to Venice for Carnevale, which was such a fun experience and one that I would want to do again! Although I have not traveled for any specific celebrations since, I have been on small day trips to three other areas within the region!

This first day trip that I took was to Milan, with two friends from the states! These two friends actually live in Italy – Vicenza, to be exact. Milan is so beautiful, and has another Duomo just as Florence does! This Duomo is known to be much more colorful than the one in Florence. We also walked around the city and found hidden gems of the city and ate lunch with an upfront view of the Duomo. Luckily, we were still in Italy so we could use our GPS to get around the city. We saw the Duomo, found medieval castles, found a few hidden gems, and even went to a park that happened to have a section for rescue dogs in it for people to interact with! It was a great day trip to Milan, a city that only took one and a half hours to get to from Florence, by train! 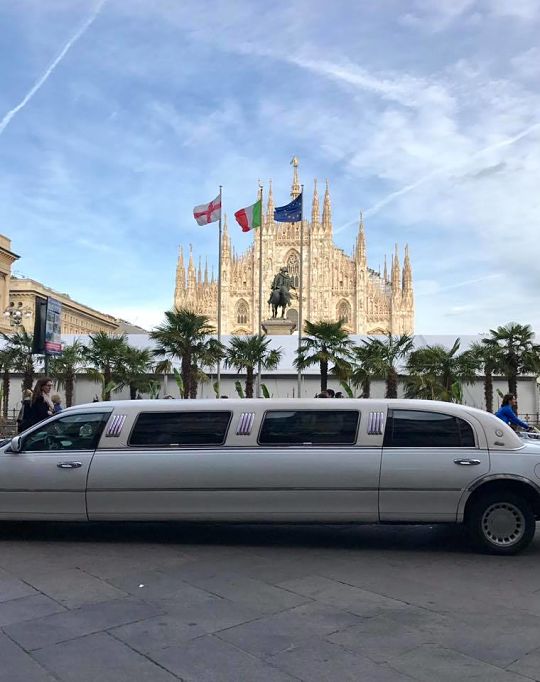 View of the Duomo during lunch in Milan, Italy

The next day trip that I took was to Cortona! Instead of meeting up with friends, this time I decided to go with a tour group called “SmartTrip,” that would bus you to and from the specific city as it was harder to get to by public transport. This tour group only consisted of 7 people, and I was the only student! I was O.K. with this because I had already planned to wander around by myself; but there was a family and a couple, and then me and an older German lady. Once we arrived, the older German lady asked if I wanted to walk around with her and see the city, of course I said yes! She was the sweetest lady, and I am glad that I got to spend the day with her seeing Cortona! She actually spoke a little bit of Italian too, which was helpful when asking for directions to one of the cathedrals that we wanted to see. We also discovered that we both had a love for finding cool-looking doors, so we went on a search! We saw this pretty blue one on Pinterest (on my phone of course), so we set out to find it! I also got to practice a little bit of my German with her as well, she was very sweet. 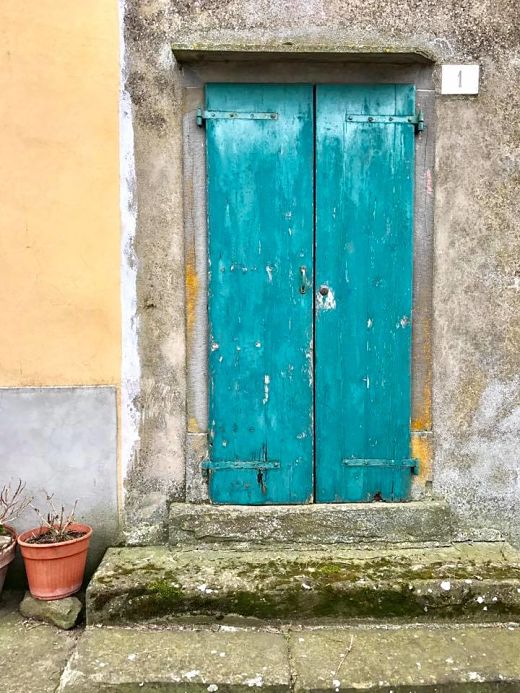 The Blue Door the Older German Woman and I found

The third day trip that I did was to my all-time favorite city within Italy (so far anyway); Assisi! I have been to Italy about four years ago and we happened to have stopped in Assisi and I immediately fell in love with it. This city resembles the typical ‘Italian’ culture, with its stone walls and pathways, hanging flowerbeds on windows, colorful doors, and beautiful views of the country-side. It also houses the St. Claire of Assisi Basilica, which is meaningful to me because as a Catholic, I chose this particular saint for my confirmation, therefore; Claire is my second middle name! It also houses the St. Francis of Assisi Basilica, which is also important because it is the Patron Saint of Italy! Assisi is also interesting because it is also one of the cities that did not get hit by the earthquakes that struck Italy in the late-1900s! Assisi is and forever will be my favorite place in Italy! 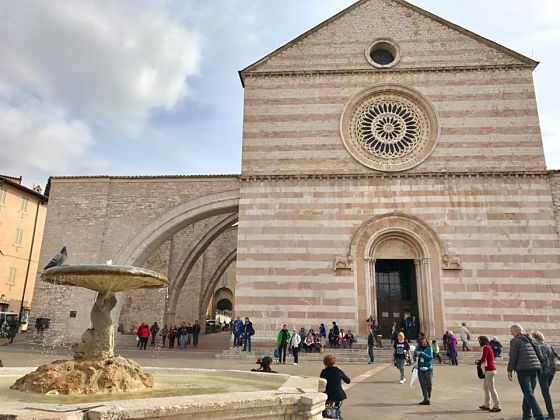 Day trips to other places within your country is so important because it allows you to have a better understanding of the culture as a whole and different aspects that different cities and towns can contribute to the culture! Day trips can be by yourself or even with a tour group. In my tour group is where I met an older German lady that I ended up spending my day with! It is important to get out there and see more.

This weekend I will be heading to Greece for Spring Break so I am excited to write about that in the weeks to come!