Last weekend was Labor Day weekend and because most of my classes are on Mondays ultimately, I was given a whole week off from school. For a few of those days I housed a few girls from Sydney. One of the girls was spending a semester in Sydney and the other was her cousin visiting for spring break. They were both from North Carolina and were meeting another group of international students in Melbourne. The girl had contacted my cousin through their housing program in hopes of finding a place to stay while they explored the city. I had offered my couch and before I knew it I was walking to Southern Cross Station waiting for their arrival. After dropping off their bags, I gave them a small tour of the city showing them Federation Square, Hosier Ln, and Centre Place. We spoke about the differences between Sydney and Melbourne and places back home. It was very interesting to share similar experiences with these girls I had just met. I feel through studying abroad I have made long lasting connections with people that I can carry with me back to the states. Before they left they mentioned that Ali and I could stay with them in Sydney if we need, which is likely later in the semester. I welcomed them here with open arms because I knew it can be overwhelming to visit a new city. It is always more comforting to know you have a friend there to help.

A few friends from the Sydney trip had planned a barbecue on their rooftop grill during the week. Ali and I had contributed with a delicious salad and some cookies. Everyone brought a small plate of food and by then end we had plenty to last us the night. It was filled with delightful company and food! I was considering having a barbecue too and inviting them to my apartment later in the semester, at least before the weather gets too cold. If so, I will encourage everyone to bring food and drinks so we can recreate the wonderful night. 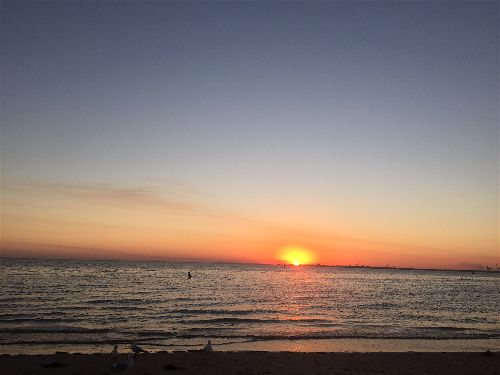 Sunset on the water at St. Kilda

Most of the week was relaxing although I did feel obligated to be at least a little productive. Back in the states my week is usually filled with labs and lectures or work in preparation for class with homework, essays, and presentations. Here I am adjusting to the opposite where I have a lot of time in between classes. I hope to get a job soon so that my financial situation is more comfortable. The job hiring system is different from what we are used to. Very few stores and restaurants have online applications which I feel is almost every major store in the US. Here you must print out copies of your resume and walk from store to store dropping them off. So that is exactly what we did. My cousin and I walked from café to café handing out resumes and speaking with managers. We have high hopes but if no one calls we will print out a fresh new batch and hand them out again. 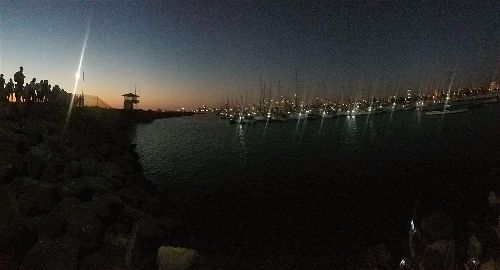 View from the pier at St. Kilda

To finish the pretend week of vacation Ali and I had decided to relax at St. Kilda and enjoy the warm weather. While at St. Kilda, we heard that if you stay till sunset you can find penguins living in the rocks by the peer and much to our surprise it was true! After watching a beautiful sunset on the water, we followed a huge herd of people to the peer. I assumed penguin spotting was a common activity at the end of the day for beach goers. After 15 minutes, we found our first penguin surrounded by people with cameras although as you continue to the end of the peer there are many more(!). We saw at least 10 penguins nuzzling into the rocks and getting ready for bed. On that note, we too went home to get ready for bed and another week in paradise. 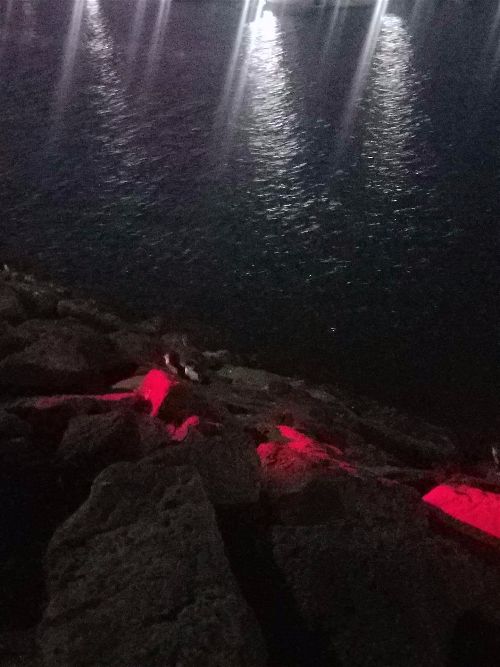 Clusters of penguins by the rocks. Blurry because flash was not allowed. 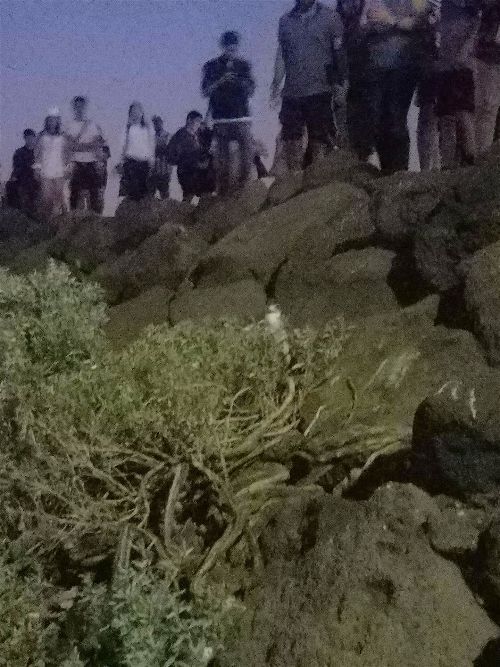 Penguin to the right of the bush

One thought on “Borrowing a Cup of Sugar: Lending a Helping Hand to Friends in Need”