This weekend, my friends and I visited the Las Fallas y La Crema festival in Valencia, a coastal city about 4 hours east from Madrid. Valencia has been my favorite city to visit in Spain thus far. It is nationally known for being the city where paella originated from, and is also a city with a very lively and passionate ambiance. You can hear the bellowing cheers from Valencia CF soccer fans and hear exuberant performers on every street corner.

Before attending the festival, we had the chance to visit La Ciudad de las Artes y las Ciencias, a grand aquarium and science museum with a contemporary design in the heart of the city. The structure vividly reminded me of the Sydney Opera House in Australia, which was quite unique and distinct from other major structures in Spain. 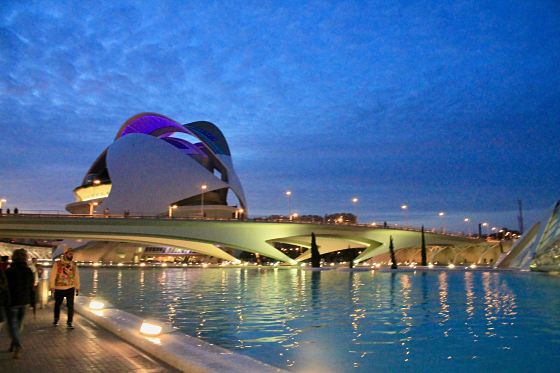 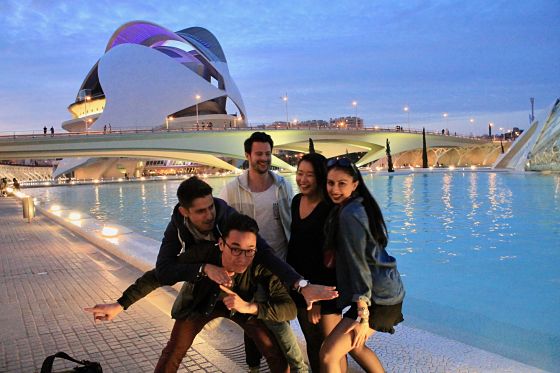 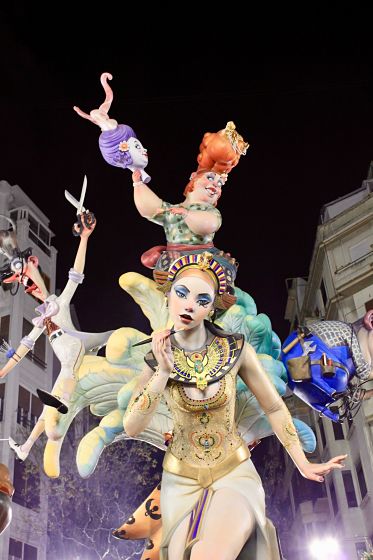 A Falla made of various Ninots (paper maché puppets)

The Las Fallas y La Crema festival is held annually in Valencia in mid-March to commemorate Saint Joseph. The aroma of fresh paella and churros and sounds of trumpets, drums, and singing filled the city throughout the many ceremonies that occur during this festival. Months before hand, each neighborhood in the city agrees upon a design for their community’s ninot – a massive paper maché structure that is put on display during Las Fallas. Some of the most popular designs that I saw this year were Disney themed, ranging from The Pirates of the Caribbean, The Little Mermaid, Aladdin, and Cinderella’s castle. There are also more outrageous and traditional designs created as well, representing different eras of the city’s history and culture. Every year, there are more than 500 ninots created in different regions of the city. Each neighborhood is responsible for fundraising their ninot by selling goods and hosting cultural events and dinners. 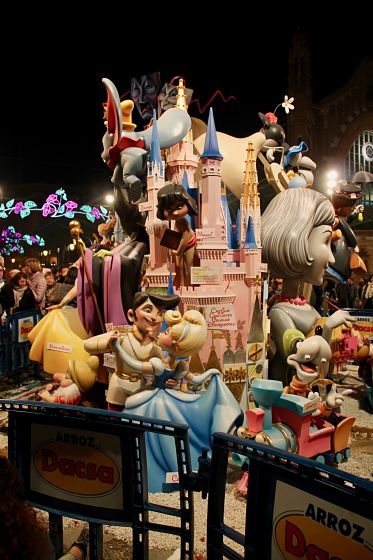 Disney-themed falla. Hard to imagine that the entire structure is made of​ paper! 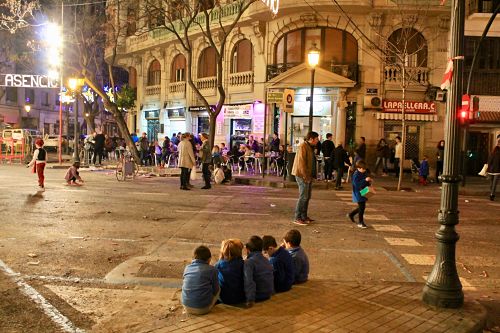 ​Age is just a number! People of all ages participate in Las ​Fallas in one way or another.

Throughout the ceremonies, people of all ages parade through the city streets in historical and medieval-styled dress. Fireworks are cracked at nearly every hour of the day, by the young and the old. On the last day of this five-day festival, the ninots are doused with gasoline and set on fire at midnight, creating an indescribable spectacle that attract thousands every year. This final event of the festival is known as La Crema. The biggest falla stood in front of the city hall, Plaza del Ayuntamiento, which my friends and I just happened to stumble upon while exploring the different celebrations throughout the city. 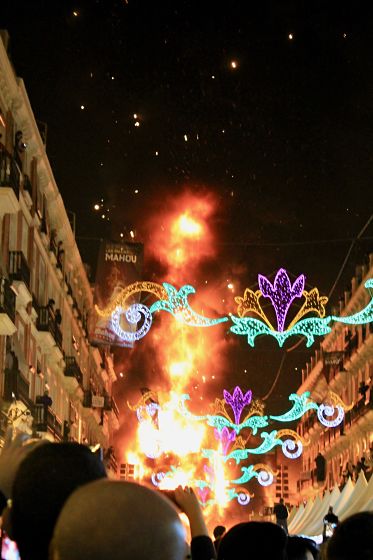 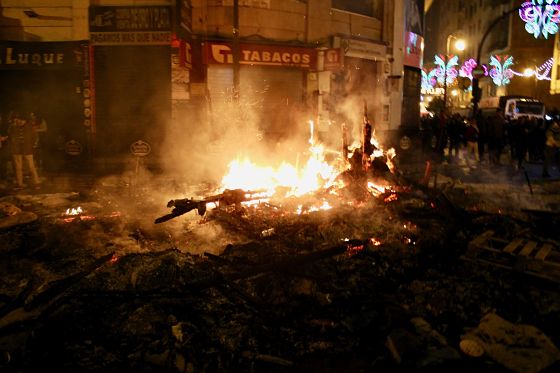 The aftermath of La Crema

Although the entire Crema lasts only about 5-10 minutes, it didn’t affect the thrill and energy of the Valencian community as each ninot burst into flames. Attending this festival was truly a unique experience, as I felt fully immersed in an authentic cultural event. I can still hear a ringing in my ears from all the firecrackers and cheers last night. It was surreal to see the admiration and excitement of each neighborhood as they proudly displayed their ninot and gleefully watched it burn at the end of the ceremony. I was surprised to notice that there were not that many tourists at the festival – the majority of the spectators were actually people from different regions of Spain. The bond between the residents of each neighborhood was truly precious, as they united over their sculptures and celebrated with music, food, drinks, and dance. This festival was by far the most electrifying and chaotic event that I’ve ever experienced, which encapsulated the vibrant and spirited culture of Valencia. 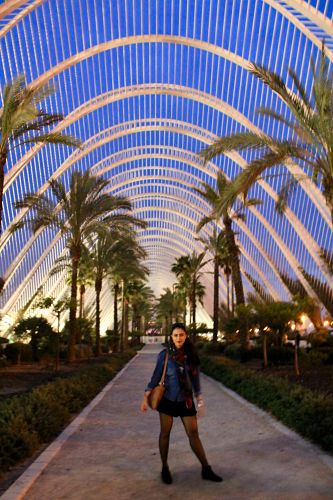 One thought on “Las Fallas: The Spanish Festival of Fire”