Things do not always go as planned, which I have learned is not a bad thing. As far back as I can remember, I loved making plans and writing them down. I still remember writing down to-do lists filled with reminders like “The Wiggles come on at 6pm” and crossing them off as I finished them. Not much has changed since then, except that the list has grown in size and importance. Instead my priorities are now filled with essays and exams, although I still find time to catch up on Netflix. 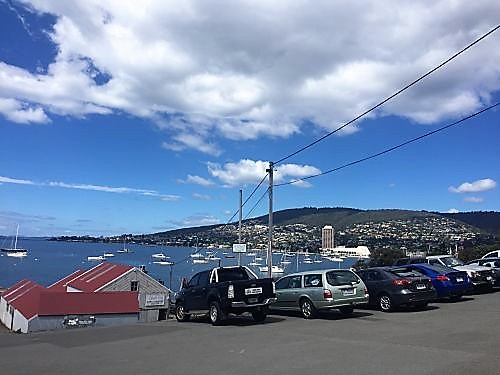 My cousin Ali, who is also studying abroad in Melbourne, and I always make plans yet they almost never go as we expect. After a spontaneous decision to visit Tasmania before classes begin, we looked at different activities like visiting iconic spots for hiking, sightseeing, and exploring. We were very excited when getting off the plane and taking our first steps in Tassie (as Australians would say). A friend told us the best way to see the country was by car, so we reserved a rental at airport. We walked up to the counter of the rental car company and they notified us of their policy. They cannot rent to people under 21. This was especially harsh news because Ali was turning 21 in about a week. Having been in Tasmania for not even 30 minutes, the perfect plan was already off course. With a pricey airport shuttle to the hostel, we were forced to rearranging our plans. Instead of driving to these iconic locations we would go on guided tours which were significantly more expensive but decided why not. 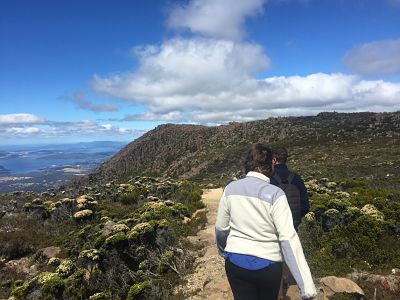 We spent our first day wandering around the city of Hobart and exploring the Salamanca markets. Our second day we took the ferry to the Museum of Old and New Art (MONA). There was so much to see we only gone through the first few floors. We decided then that we needed to go back another time and finish the museum. That evening we went back to the hostel and settled into our temporary housing for the rest of the week. It was my first time in a hostel and I was really excited to see how it would go. It was hard to believe that people from all over the world were all staying in the same location. In the dining area, I would overhear conversations
in French, Spanish, Italian, and Portuguese. I wanted to know everyone’s story; why they were at the hostel, where they were from, and where they are going. During our stay we became friends with a guy named Mark from Sydney. He was waiting on replies from master’s programs and job applications back home and decided to spend the waiting period exploring Tasmania. We explained the car situation and to our delight he agreed to help us out. The next day we rented a car and started the drive around Tassie. Hiking around Mt. Wellington, the highest point in Hobart, was gorgeous. The temperature changed from cold and windy to hot and humid as we made our descent. After we drove to a local wildlife sanctuary where we hung out with lazy kangaroos and relaxed with sleepy koalas. To finish the day we stopped by a beach close to the hostel. An unforgettable experience, I fell in love with the sun, the wildlife, and the country. 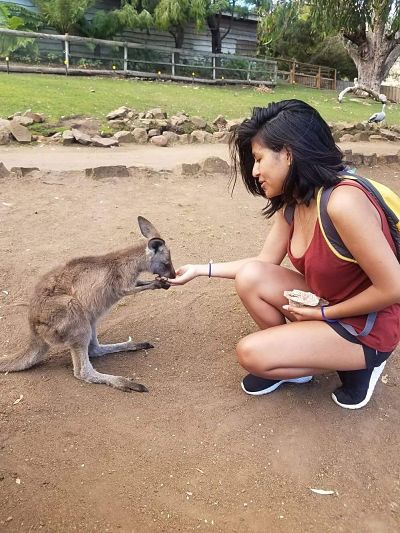 It was interesting talking to Mark and seeing all the differences and similarities in our culture. Although we grew up on different sides of the world and said things a little differently we spent the car ride talking about music and arguing over La La Land. The original plan was good in theory however I think what we ended up with was much better. We went from tops of mountains to the edge of beaches and all the while with great company. With our great adventure in Tasmania over we learned that no matter what happens here, we always find a way to make the most of it.

One thought on “Following the Recipe”