I have always wanted to move away from home and see the world although I always expected it to happen long after university. Now, I am typing this post from a city bench next to the massive Victoria State library overlooking a busy Melbourne intersection a few blocks from my apartment. Street performers play music in the distance and the familiar intoxicating smell of Thai food finds me, (like it often does). Although I am more than 10,000 miles away from home, it does not feel that way. Calling this beautiful city my home for the next 4 months sounds unreal and I am truthfully astounded to be here. 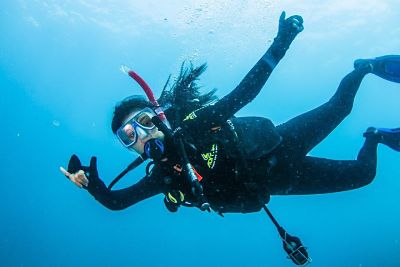 My first week in Cairns was absolutely the most adventurous of my life. I went scuba diving in the Great Barrier Reef. I saw Nemo, Gill, Bubbles, and Crush; all very iconic characters from my childhood, although these fish were not the part that shocked me, it was the world beyond the fish. This entire ecosystem of plants and animals and water all interlock together to form one of the seven wonders of the world. It stretched on endlessly and every bit of it amazed me. I was trying to soak up every second and lock them into my memory. This entirely new environment was more amazing than I could ever describe using a few adjectives or pictures. However, the adventure did not stop there. The rest of the week included everything from white water rafting to hanging out with an assortment of animals from crocodiles to kangaroos (even had one lick my hand!!). 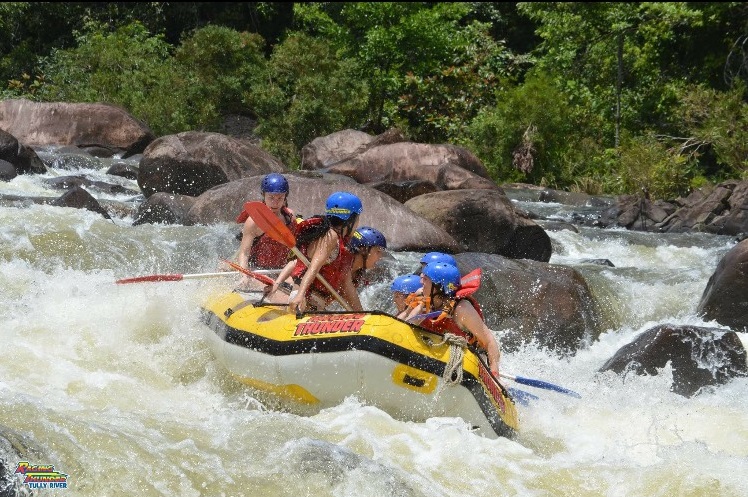 One thing that I noticed from the beginning of the program is their vast amount of respect for native Australians also known as the aboriginals. For almost every major gathering or large event it will often commence with the “Welcome to Country”. This is a ceremony performed by aborigines that welcome newcomers to their country whilst also acknowledging and respecting their history and culture. This is so different compared to the US where Native American treatment has been like a dark part of our history. Something so simple as respecting their culture honestly makes a big difference in the way people treat each other. Australian mannerisms and values are very laid back, relaxed, and happy. They respect nature and the earth we all live on and they are all very environmentally conscious. My program manager even dedicated portions of the orientation to raise awareness. 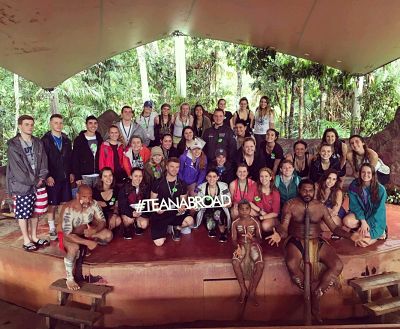 Melbourne is a different environment compared to Cairns which is a tropical tourist destination. My apartment is in the center of Melbourne, only a few blocks from campus. Although there is an increased population, it has just as much to offer. Touring the city, I have seen entire alleys filled with murals and street art. There is an unexpected large Asian influence here. Many Japanese, Korean, Vietnamese influences visible through food and culture. It’s especially concentrated close to where I live since I am a few blocks from China town! Luckily, I am a lover of Thai food and sushi (but that’s a known fact). I am trying my best to keep track of all the cultural differences. 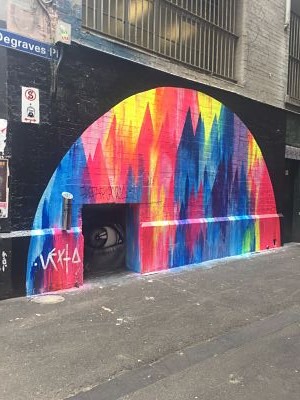 Out of the week in Melbourne I have gone bike riding around the city with some new friends, seen the St. Kilda music festival by the beach, and eaten at the Victoria night markets. There are still many festivals to see, restaurants to eat at, and beaches to enjoy. Being here has truly been eye opening. I have come across some of the Australian culture but only a small fraction of what is yet to be discovered.

6 thoughts on ““Life is the Bubbles”: Week one in Australia”