As the capital of Spain and one of the most visited places in the world, Madrid is a cosmopolitan city composed of museums, government agencies, the Spanish monarchy, and a spectacular nightlife to fascinate anyone. That being said, it’s fairly easy to get caught up in the glitz and glamour of Madrid, especially as a visitor to Spain. Spending a semester in Madrid allows me to truly be immersed in all the exciting aspects of the city. However, I also find it important to gain awareness of the socioeconomic issues in Madrid while living here. Volunteering abroad allows me to fully integrate myself in the local community and gain a new perception on a major metropolitan city, one that doesn’t just consist of visiting the most touristic areas. 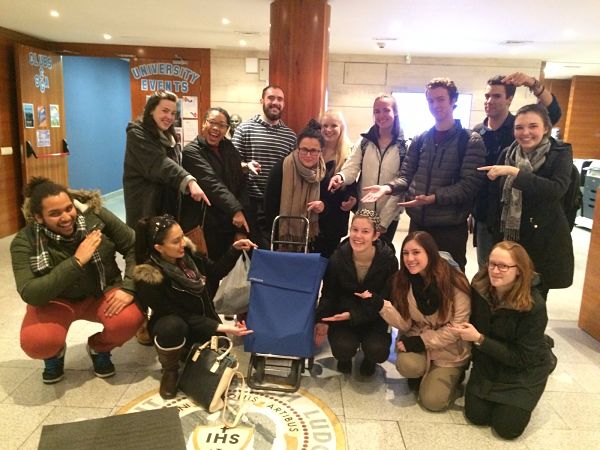 This week, I decided to volunteer with BocaTalk – a service organization at my university that is run entirely by students. Volunteers at BocaTalk make and distribute bocadillos (sandwiches) to the homeless population in the city center of Madrid. BocaTalk also emphasizes the importance of not just giving sandwiches to the homeless, but also engaging in a conversation with them to acknowledge their dignity as human beings. I thought that this would be a great opportunity for me to not just practice my Spanish, but also get to see Madrid through a different perspective.

This week, we distributed sandwiches to one of the most popular hubs in Madrid – Plaza Mayor. Plaza Mayor is Madrid’s monumental central square built in the 17th century, and is located a few steps away from Palacio Real (the Spanish Royal Palace) and La Puerta Del Sol. Plaza Mayor and Puerta Del Sol are two landmarks frequently visited by my friends and I. I can’t count the number of times where I’ve been approached by a homeless person in these areas. I always feel guilty when I ignore or refrain from giving money to the homeless, as they are often stigmatized and blamed for their circumstances, which I find unfair. Before heading out, one of the group leaders stressed that we may meet people in very poor conditions, but our role as volunteers was not to solve their issues, but to do what we can to help and value them as fellow citizens. 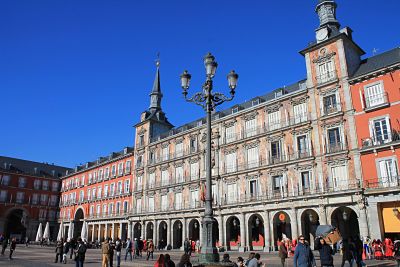 One of the first people I encountered that night blatantly declined both types of sandwiches we brought. This immediately surprised me, as I thought, “If he’s really homeless, he shouldn’t be so picky. What choice does he have?” I then immediately reflected on the stigma that homeless people only want money to buy drugs or alcohol. I talked to one of the group leaders who had also overheard this, who explained that this does happen occasionally. However, he said that although he understood my standpoint, it’s important to recognize that the homeless are still human beings, and as humans, have every right to make choices in their life. For instance, if you go to the supermarket to buy chocolate ice cream, but the only flavor in stock was vanilla, no one would question you if you decided to leave the store without purchasing any ice cream. My group leader explained that this situation is no different. This experience taught me to abandon my critical perspective of this situation and take a more empathetic approach by perceiving the man as a human being – with the right to make choices in his life. 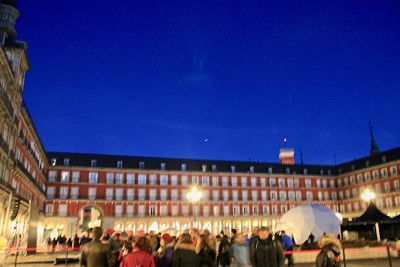 Additionally, this experience also taught me the importance of refraining from making immediate judgments about people or situations. That night, I met a man named José, who’s knowledge and perspective of the world completely intrigued me. He said that he is from “anywhere and everywhere”, as he spent most of his life traveling throughout Europe. When I told him that I was from Hawaii, José was familiar with the names of some of the most famous volcanoes and landmarks in there. This truly astonished me because I have experienced well-educated people say things like, “Hawaii is a beautiful country” or ‘I didn’t know people still lived there”. José and I also talked about climate change, an issue that he is very passionate about. He admitted that in his lifetime, the climate in Madrid changed drastically. For decades, Madrid would receive snow every winter, but snow has ceased to fall in recent years. I thought that José’s passion and knowledge about current events was incredible — the fact that a man on the street had more awareness of some of the most pressing issues in our world today than some politicians do.

Taking the time to give back to the community that taught me so much in my first month was an enriching and rewarding experience. Volunteering in Spain allowed me to escape the hustle and bustle of a glamorous city like Madrid and make an impact for someone else. Most remarkably, I gained a new perception of homelessness that has changed me for the better. While it is still very true that some homeless people are victims of drug addiction, there are also people just like you and I, with dreams, goals, and opinions about the world that we all are apart of. Overall, this experience allowed me to see Madrid through a different light, rather than the one shining from the city’s glorious plazas, monuments, and museums.

One thought on “Madrid in a Different Light”