Something that I’ve come to realize during my first month in Spain is that living abroad for an extended period allows you to fully immerse yourself in its society to the greatest extent possible. In contrast, someone visiting country for a few days may just have enough time to visit its touristic sites, but not gain awareness of the country’s socio-cultural atmosphere.

One of my goals as an international student in Spain was to participate in a community service activity regularly. During our Welcome Orientation at SLU-Madrid, we were informed of numerous volunteer opportunities supported by the university. I was particularly interested in teaching a weekly ESL class at my university to the local community. Four years ago, I had an incredible experience in India as an English teaching assistant to secondary school students. My experience in India taught me the value of language learning and breaking cultural barriers. Becoming proficient in the native language of another country dismantles the cultural and linguistic barriers that may prevent bonds from forming between people of different nationalities.

However, one of the challenges that I faced as an English teaching assistant in India was that I had no prior knowledge of Hindi, the region’s native language. Thus, explaining grammatical rules in English to students in English was not always effective. I felt frustrated when I couldn’t convey, understand, or explain my students’ questions and responses when they asked about my life in the United States or about certain aspects of the English language. Although teachers would often translate my lessons to the student, it prevented me from truly connecting with my students on a personal level. Thus, I was nervous that I would be able to successfully teach English in Spain due to my limited working proficiency in Spanish.

I was also nervous about teaching 20-30 students at a time. I’m not an Education major, and had no idea how to format a lesson plan or syllabus for a class. Additionally, public speaking has also been something that I’ve tried to avoid in life. However, despite my reservations, I ultimately decided to register as a teacher for the ESL program. I realized that avoiding situations that “scare” me would hinder me from ever conquering my apprehensions and fears. Unlike Hindi, I have studied Spanish for about five years, and my proficiency in the language has improved since arriving to Spain. This would benefit me as an ESL teacher if I had to explain a concept to my students in Spanish.

I also concluded that it’s nearly impossible to avoid public speaking in life, and figured that practicing this skill abroad would allow me to learn from my mistakes in a country that I’d be leaving in five months. Spending a semester abroad has truly allowed me to live in the moment, and take advantage of opportunities that I would likely refrain from doing for the first time in the States.

Fortunately, due to the abundance of interested volunteers for the ESL program, I was partnered with my friend Alex to teach an advanced level English class every Wednesday night from 7-8:30pm. Before our first class, Alex and I met to develop a lesson plan for the first day of class. We decided to not format an entire syllabus for the semester just yet, since we weren’t sure how proficient or advanced each student would be. Alex and I wanted to design the course around our students’ needs and interests, whether it be learning more vocabulary or improving reading comprehension. 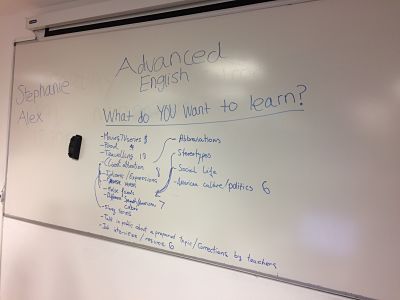 On our first day, we started class by having the students introduce themselves and explain why they want to learn English. Their answers ranged from wanting to apply for a job that required English proficiency and wanting to learn English from a native speaker. I was surprised by the spectrum of ages and demographics of our students who essentially shared one goal — learning English. Alex and I then asked the class to discuss topics and activities that they wanted to learn so that we could develop a syllabus geared towards our students’ interests. These topics included writing a resumé in English, practicing daily conversations (ordering food at a restaurant, going to the doctor, etc.), and learning slang words and jokes. We concluded class by playing Antonym Bingo and Last Man Standing to introduce our students to more advanced vocabulary in the English language.

Although I was nervous at first teach an ESL class in Spain, I honestly felt that the first day of class went by quite smoothly. I believe that our students’ eagerness and passion to learn English truly made a difference. Nothing is more reassuring to know that your contributions and service has truly benefitted someone. It truly made my day when our students thanked us for our instruction and were actively engaged in the activities that Alex and I worked so hard to plan. 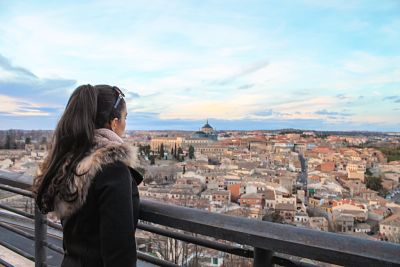 On another note, I had the opportunity to visit Toledo this week, which is a town about an hour south from Madrid. Toledo is recognized as “la ciudad de tres culturas” (the city of three cultures) and as a world heritage site by UNESCO. For centuries, Christians, Muslims, and Jews have lived harmoniously in the city. In Toledo, I had the opportunity to visit an ancient cathedral, a mosque, and a synagogue, all within walking distance from each other. I was surprised by the structure of the mosque in Toledo, as it did not have a dome or vector like other mosques I’ve seen before. I learned however that the dome of a mosque does not portray any symbolic or religious significance – it simply serves as a decorative addition to the structure. I was also glad to have an opportunity to visit a synagogue for the first time. I learned that synagogues function as both a house of worship and a host for educational and charity events for the Jewish community. 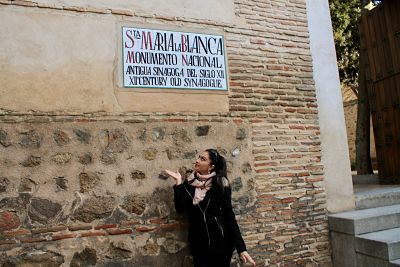 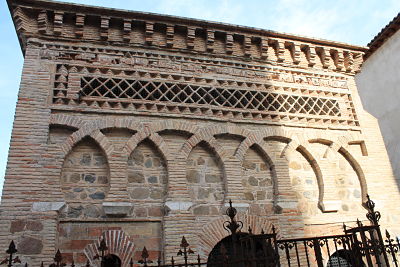 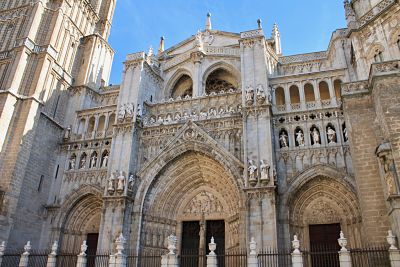 In a time where religious and cultural intolerance is quite prominent in our world today, I perceived Toledo as a model of how our society should function. Visiting the places of worship for three of the world’s most prominent religious allowed me to abandon any misconceptions about and develop a first-hand perspective about each faith. This experience truly reaffirms the benefits of studying abroad – having the opportunity to step out of your cultural “bubble” to experience a culture and society so divergent from your own. 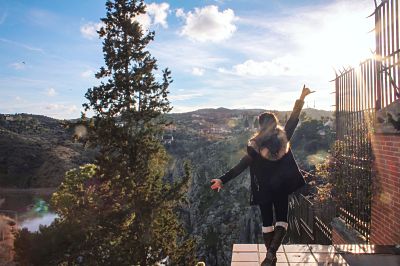 One thought on “Week 4: Conquering Fears and Misconceptions”