Three weeks ago, I recall anxiously waiting for my flight to depart Newark International Airport so that my semester in Madrid could officially begin. Before leaving the States, I had the mindset of experiencing nirvana and adventure in nearly early every moment in Spain. I was beyond thrilled to learn about the Spanish culture and language, and visit some of Europe’s most remarkable sites. More importantly however, I wanted to grow personally by becoming more independent and self-assured by living on my own in a new country. 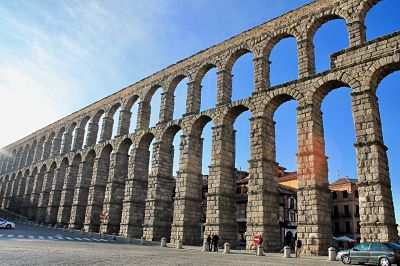 Segovia’s Romanesque aqueduct, dating back to the first century AD

This week, I have another incredible experience to treasure. I joined my university on a trip to Segovia, historic town about an hour north from Madrid. It was great to escape the hustle and bustle of the largest city in Spain for a day. Visiting Segovia was exactly that, an escape to what seemed like centuries back in time.
Upon our arrival, we were immediately greeted by an ancient aqueduct built around 100 AD.
Segovia’s aqueduct vividly resembled the Colosseum in Rome, marking the prominence of Rome’s influence on the town. I was instantly surprised by how small the town was – within the 8 hours we were there, we had visited nearly every inch of Segovia quite easily. This would be
an impossible feat in Madrid. Despite its size however, Segovia was comprised of numerous cathedrals, museums, castles, and plazas to explore. 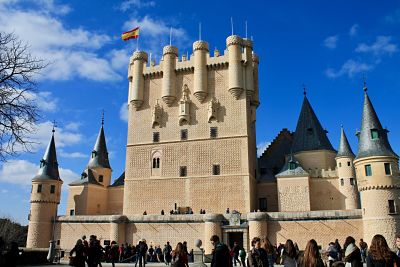 Alcázar of Segovia, which has served as an inspiration for Walt Disney’s creation of Cinderella’s castle. Historically, it served as an essential fortress for the Kingdom of Castille in the Middle Ages.

With all my experiences in Spain thus far, I was aware that my entire semester would not be as picture-perfect as I imagined it to be on the plane. Over time, I’ve come to learn that personal growth is not always harbored in positive experiences, but also within negative ones as well.

Earlier this week, I had an argument with a friend of mine in Spain. Since I had only been in Spain for less than a month, she was my closest friend in the country and the person that I relied on for support throughout the semester. The tension between us at that time made me feel so alone and detached from everyone else. My family was two oceans away, my friends at Marymount were sleeping due to the time difference, and thus, I didn’t know who I could confide in at that very moment. It truly hit me that I was by myself in a completely different country, and I was upset with the one person closest to me.

However, this experience taught me the importance of effective and prompt communication. This is something that I have personally struggled with in the past. When something bothers me, I tend to avoid any confrontation or conflict. I would rather bottle up my feelings instead of addressing the person who I have an issue with, which isn’t fair to myself or anyone else. 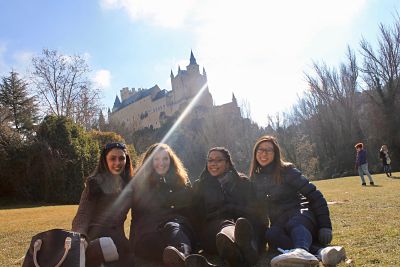 Because I felt so miserable with the tension between my friend and I, I felt the urge to resolve the issue immediately to evade that feeling. Having an open conversation with my friend about my feelings regarding the issue allowed me to express myself and have her understand my point of view, instead of pretending that everything was okay. After our conversation, the tension between my friend and I eased almost instantly, and with time, we were able to move on from that dispute. Admitting and being honest with myself and my friend about my feelings is a characteristic that is crucial in any relationship. I can recall numerous times in the past where I could’ve resolved something much easier by simply talking to the person involved, rather than just ignoring the issue all together or talking to other people about it. I never thought that I would come to this realization here in Spain, as it’s remarkable that a negative experience like this could teach me a valuable lifelong lesson.

Looking ahead, this week I will start teaching ESL classes every Wednesday evening at my university. So far, my teaching partner are in the process of writing out lesson plans and a course syllabus for our students. I’ve also planned to visit Toledo, one of the only towns in the world where Christians, Muslims, and Jews have lived harmoniously for centuries. Stay tuned!

One thought on “Lessons Abroad”