After nearly two days of traveling, I arrived safely to my new home for the next six months: Madrid, Spain. Planning a semester abroad took an entire year of saving and preparation, and thus, words could not express how thrilled I was to be at the forefront of one of the most exciting times of my life.

My roommate and I immediately fell in love with our apartment upon our arrival. Unlike dorms at Marymount University, we didn’t have to share a communal bathroom, and we had our own kitchen! Our room was also equipped with fresh sheets, comforters, and towels, and was cleaned weekly by staff. This was particularly helpful as I had forgotten to pack those items before coming to Spain. 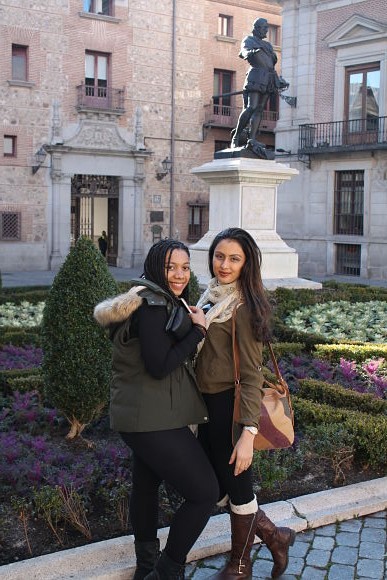 Within the first few days, I was immediately immersed in the Spanish culture and language. I actually felt embarrassed to speak English in public rather than my broken Spanish, as speaking English drew more attention to myself. This really pushed me to practice speaking Spanish with people I interacted with daily and not be afraid of making mistakes. Although it has only been a week, I’m definitely more confident and more willing to attempt speaking Spanish, which I know will allow me to improve my speaking skills over time.

The next two days consisted of an orientation for all international students at my new university – the Saint Louis University of Madrid. Surprisingly, SLU-Madrid was much smaller than Marymount (yes, that is possible), with only three main buildings located just a few feet from each other. However, this certainly made it less overwhelming as a new student in a foreign country. On a side note, I also noticed that the classrooms, desks, library, roads, cars, and even the elevators in Spain were a lot smaller compared to the United States. 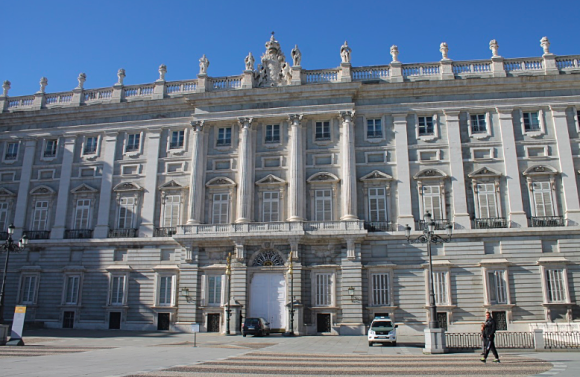 At the orientation, I was taken back by the fact that 250 of the 600 students enrolled at the university were international students. It was great knowing that there were so many students interested in studying abroad and learning about the Spanish culture and language. The first day of orientation consisted of a brief academic and student life presentation, and was followed by a brief tour of the center of Madrid. We visited the Spanish Royal Palace and Plaza Mayor – two of several significant landmarks in Spain.  I was intrigued by the numerous community service opportunities that SLU-Madrid works with. I recently expressed an interest volunteering for the Community ESL program at the university. This program allows beginner, intermediate, and advanced level English students in Spain access to free ESL classes. I was also interested in the university’s BocaTalk program, in which volunteers make bocadillos (sandwiches) for the homeless in Madrid’s poorest areas. BocaTalk also encourages volunteers to engage in a conversation with the homeless to reaffirm their dignity as human beings.

Day two of orientation consisted of a trip outside the city of Madrid to watch a Spanish equestrian and Flamenco performance, and taste authentic Spanish food. Spanish equestrian shows feature the Andalusian horse, which is a horse native to the Iberian Peninsula. The horse appeared to dance to traditional Spanish music, as it kicked and crossed its legs according to the rhythm and the equestrian’s control. 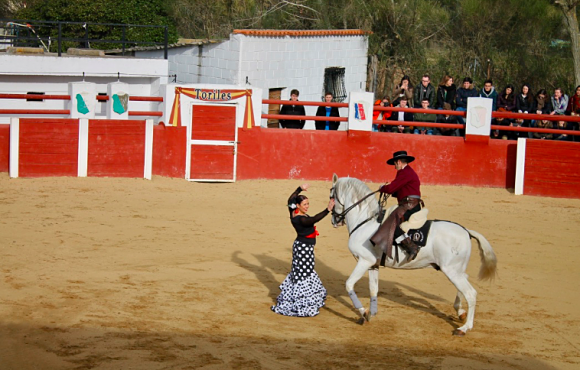 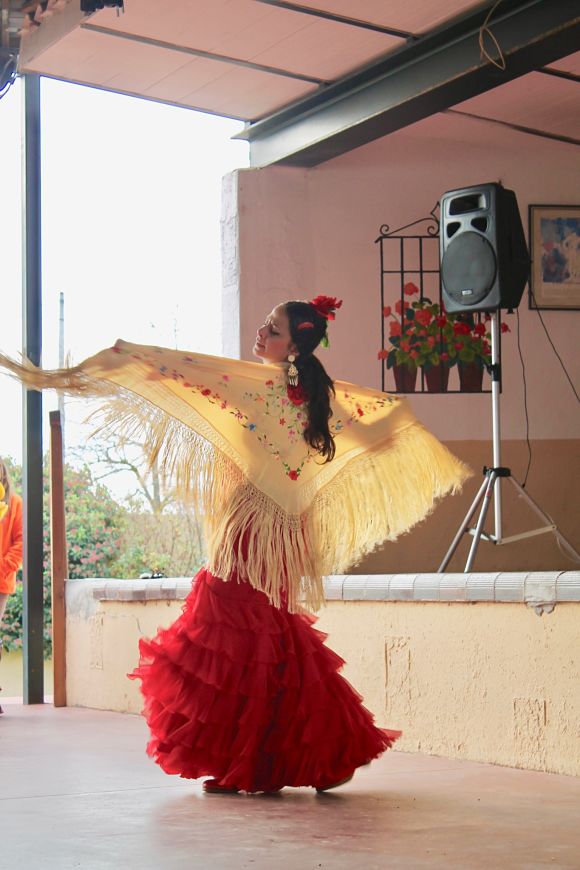 Flamenco on the other hand is a traditional Spanish dance that has been performed for centuries. Originally, Flamenco only consisted of a chant of cry that was accompanied by a rhythm. Today, Flamenco is composed of four significant aspects: baile-dance, cante-voice, toque-guitar, and jaleo—which includes handclapping, shouts from the audience, and foot stomping.

After viewing the performances, we were served paella, one of the most popular dishes in Spain. It is a type of Spanish rice that is mixed with seafood, veggies, beans, and different types of meat.

Overall, my first week in Spain has truly been an enriching experience. This weekend, my roommate Carla and I are traveling to Barcelona. I’m so excited to explore another city in Spain whose culture and language is far different from the rest of the country. We’re also planning to check out el Museo de Prado in Madrid sometime next week, which features artwork from world-famous artists such as Diego Velazquez and Francisco Goya. I’m beyond thrilled to absorb the numerous aspects of Spanish culture in the coming months. Till next time! 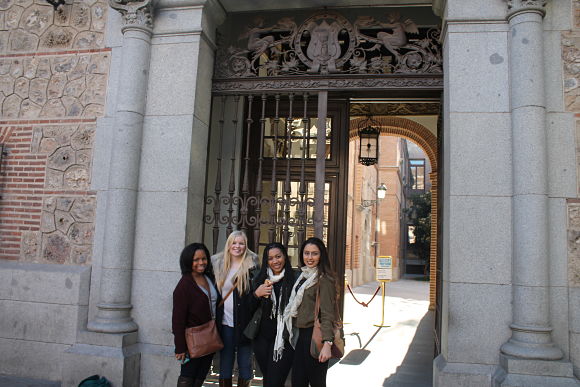