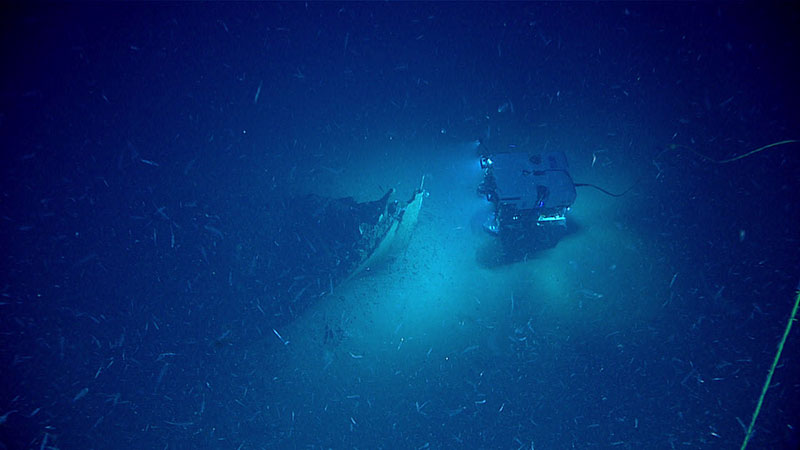 Posted on September 10, 2019 by Joseph Zanelotti

On May 12th, the NOAA ship; Okeanos Explorer, set sail on a 13-day expedition in the Gulf of Mexico. While, conducting one of three “engineering dives” the crew aboard the Okeanos made a unexpected discovery.

The crew found themselves a sunken 19th century wooden sailing vessel. As soon as the crew found what looked to be a shipwreck, they stopped testing their ROV equipment and moved in to investigate.

Finding the shipwreck made the crew change their mission plans immediately. The NOAA crew made calls to archeologists and experts all around the world. When they went to investigate the shipwreck they made sure to have live video so experts all over the world could tune in. The engineering dive even went three hours more than as planed so they could gather as much information as possible.

It all started in Key West, Florida where the Okeanos Explorer set sail for its 13-day shakedown.  The mission was intended for deep-sea mapping and the testing of ROV (Remote Operated Vehicle) systems.

Three engineering dives were conducted for the first part of the mission. The engineering dives were to calibrate ROV’s the USBP (Ultra Short Baseline Positioning) system, test a new water sampling device, test on-ship data transfer machines, and training new crew members as well. However, after finding the shipwreck no water samples were taken because the team got distracted.

The mission also tested the Okeanos Explorer’s new EM302 multibeam sonar system which allows the team to map the sea floor and water column. All the data is used to map the ocean floor and get a better understanding of the depths of the sea. 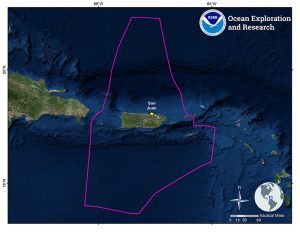