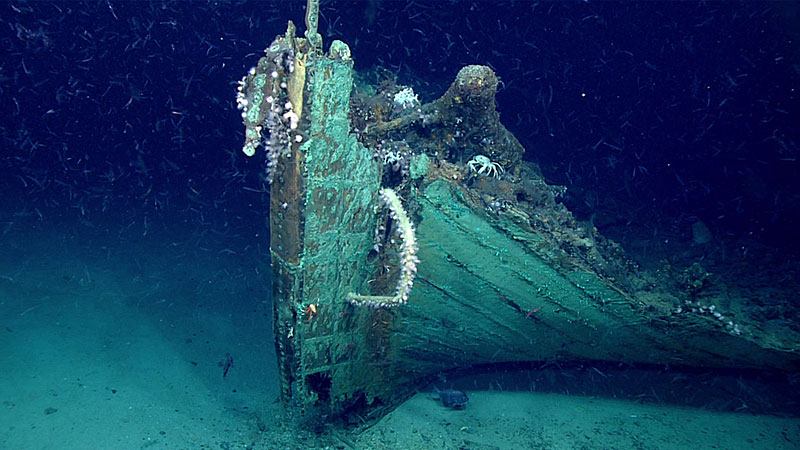 Posted on September 10, 2019 by Joseph Zanelotti

The Ship that was Lost at Sea

When the crew found the ship they immediately went in to investigate. They found that the ship hull remains are intact with the water line. A lot of the ship has deteriorated over the several years of being under the water. The upper part of the ship that isn’t on the ocean floor was missing and probably broke off some time ago.

Some of the timbers of the ship were charred, indicating a burning of wood. This means that when this ship was sailing there must have been a fire that eventually led to the ship sinking to the bottom of the Ocean.

The crew came to the conclusion that the ship must have collapsed shortly after the fire started because of all the charred wood on the vessel. It would explain why there wasn’t much of any artifacts or personal belongings with the ship under the water. 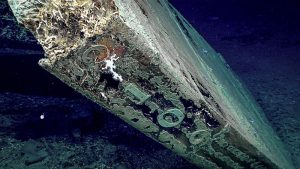 What the Professionals had to Say

The team asked scientists and archeologists all around the world to join the ROV’s livestream when they discovered the shipwreck. The video captured was able to create a photomosaic of the wreck for the scientists watching.

The professionals came to the conclusion that the ship was from the 19thcentury and was 37.8 meters (124ft) long. The ship was made of wood along with copper on the sheer of the Hull. They figured out the time period the ship was from because of all of the construction features like the body of the hull, and the form of the bow and stem of the ship.

The scientist’s however, couldn’t figure out the age of the ship when it eventually burned down at sea. They found some iron artifacts but, the items found didn’t give away the age, nationally, or even the path it might have been on at the time. Overall, this was a great unexpected find for the Okeanos Explorer and its crew. 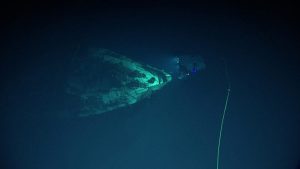