The KATFISH system was used to map the submarine for the first time using synthetic aperture sonar. The imagery of the submarine was detailed enough to distinguish gun mounts and hatches. 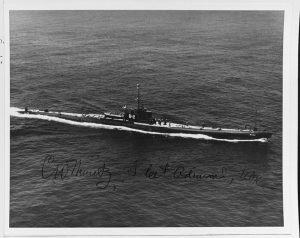 USS Bass, A WWII Submarine with a Dark History

The USS Bass was used to transport cargo after a fire in the battery room and aft torpedo killed 26 of the crew during WWII.

The USS Bass was used as a target to test a top secret acoustic homing torpedo called the Mark 24 which can be dropped from an aircraft, and then will track a submarine in 1945.

The USS Bass was relocated in the ’60s and is now visited by advanced scuba divers.