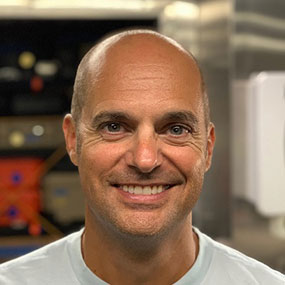 Mike has been with NOAA for 25 years and is currently the Technical Advisor for the Navigation Response Branch within Navigation Services Division of NOAA’s Office of Coast Survey. His career in NOAA started in 1994 as an assistant survey technician aboard NOAA Ship Mt. Mitchell. He then joined the Atlantic Hydrographic Field Party, and then moved to a rotating hydrographer position with Atlantic Hydrographic Branch. Mike moved onto a position in the Coast Survey Development Lab in 1999, and finally arrived at his current position in 2016.

Currently, Mike is focusing on autonomous systems use with the Navigation Response Teams. 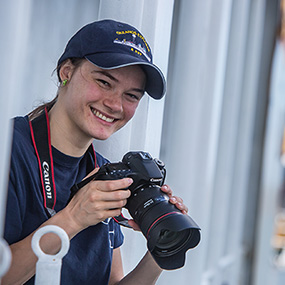 Tara Smithee has been sailing on Okeanos Explorer expeditions since 2012 as a producer, editor, and ROV camera operator. She holds a Masters in Ocean Systems from Stanford University and is pursuing a second Masters in Science and Natural History Filmmaking from Montana State University. Tara has a tremendous interest in science and exploration and amazement for the natural world. She is an avid scuba diver and one of her most treasured marine memories was swimming with dolphins in the wild. When not at sea, she enjoys dancing and writing in Portland, Oregon.