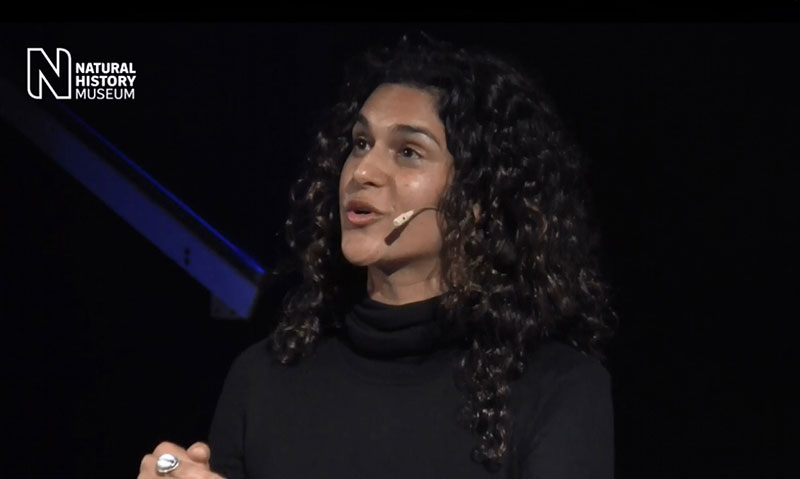 Most of us know that NOAA Ship Okeanos Explorer is a very special ship for numerous reasons: it focuses on exploration of the deep unknown, it has remotely operated vehicles (ROVs) that are able to capture stunning imagery, and it has a great team both onshore and offshore. But the most special feature of the Okeanos Explorer is its ability to beam the deep sea to pretty much anywhere in the world with an Internet connection via telepresence. And on Friday, 27 April 2018, we had a great example of telepresence at its finest.

As I am currently based at the Natural History Museum (NHM) in London, United Kingdom, it was a no-brainer that we had to use the incredible science communication skills of the public engagement team and the resources of the NHM. Not only is the NHM a world-class visitor attraction, but it is also a leading science research center. The NHM attracts more than 4.5 million visitors annually and houses more than 80 million scientific specimens spanning across billions of years. This is a perfect combination for grade-A science communication! 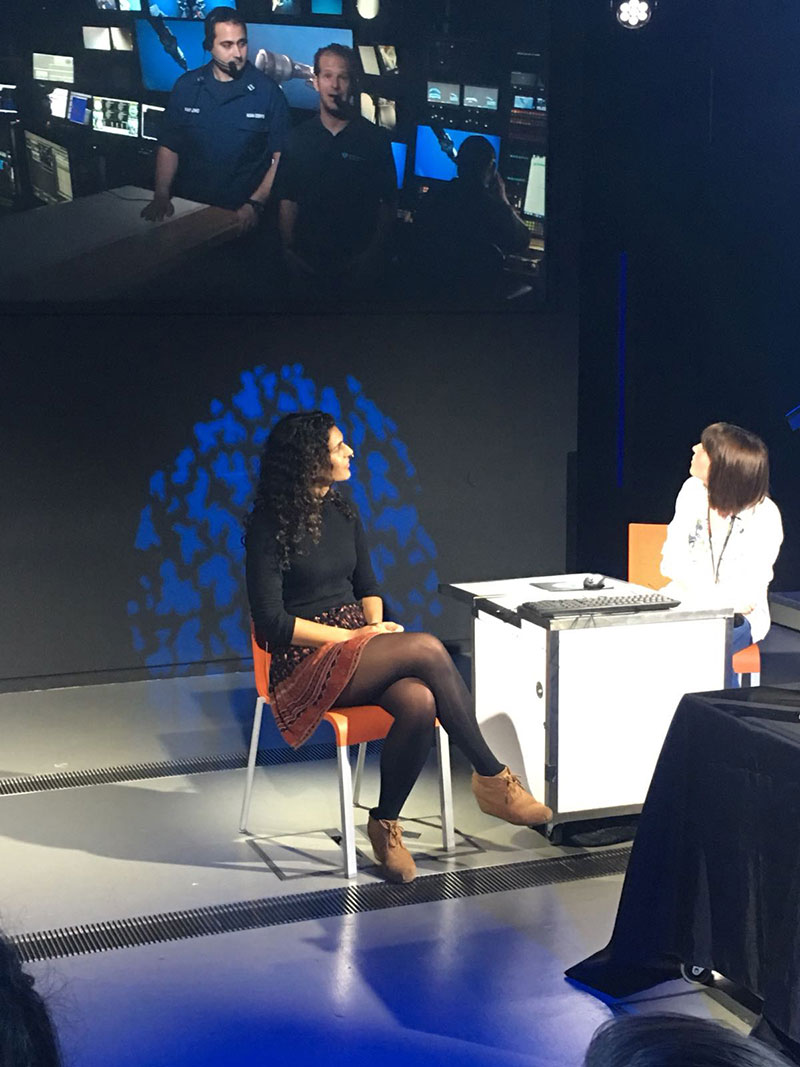 Additionally at the NHM, we are fortunate to have the Attenborough Studio (yes, named after Sir David). There, the NHM is able to host nature live shows, which allow up to 120 members of the public to meet scientists and hear about the fascinating work carried out behind the scenes. These take place on Fridays, Saturdays, and Sundays and are free interactive talks featuring topical discussions, cutting-edge research, and incredible specimens from the NHM’s collections.

This was a particularly special opportunity to conduct an Okeanos Explorer live interaction, as it was the first all the way across the Atlantic! We started with an introduction to the deep sea and the Okeanos Explorer by Alison Shean (Nature Live Host) and myself. Thankfully, after a few technical glitches (no one said it was easy!), live video of Expedition Coordinator, LT Nikolai Pawlenko, and Biology Lead, Daniel Wagner, was beamed 4,600 miles from the Gulf of Mexico into the studio in London (much like the Gulf Stream!) for a lively deep-sea discussion.

← Formation of the Florida Escarpment
Diving in a Loopy Current →