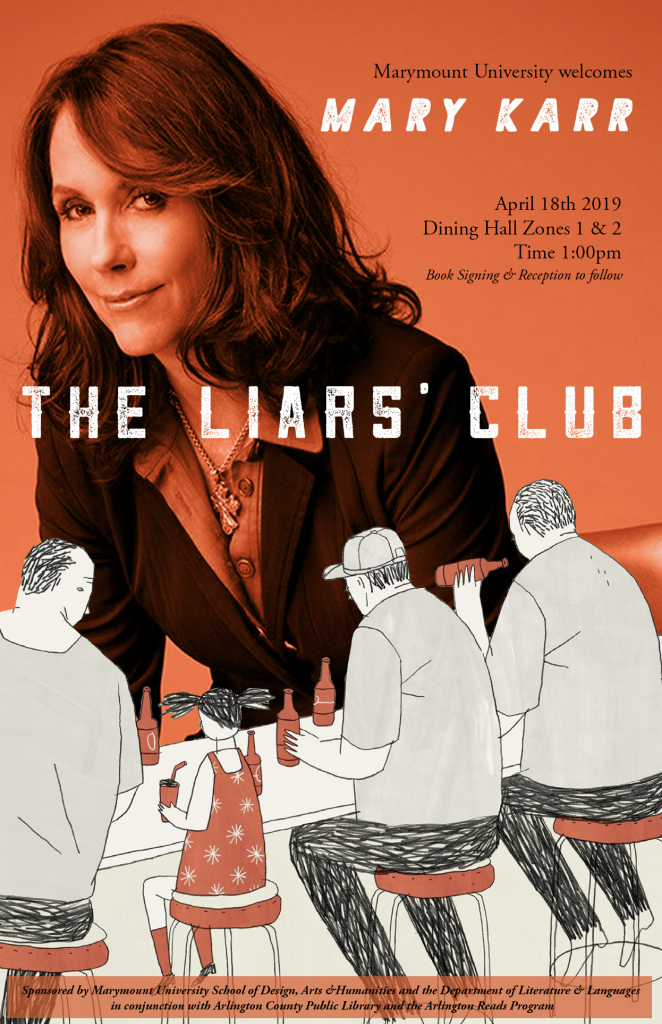 On April 18, the first day of Easter Break, Marymount students were out in force to hear author Mary Karr talk about writing, trauma, memoir, and more. Spanish minor and Biology major Aya Raihanoune introduced the author.

Karr’s first memoir, The Liar’s Club, was the shared text read this year by all first-year composition students at Marymount. All students in EN102 will be sharing research inspired by this book at the annual final exam conference event on May 4th. Karr spoke with humor about her life as a writer, growing up in a dysfunctional family, religion and spirituality, and dealing with alcoholism and sexual trauma.

The Liar’s Club won nonfiction prizes from PEN and the Texas Institute of Letters. Recently, Entertainment Weekly rated it number four in the top one hundred books of the past twenty-five years. Her second memoir, Cherry, which was excerpted in The New Yorker, also hit bestseller and “notable book” lists at The New York Times and dozens of other papers nationwide. Her most recent book in this autobiographical series, Lit: A Memoir, is the story of her alcoholism, recovery, and conversion to Catholicism. 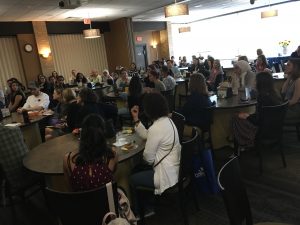 Great turnout on the first day of Easter Break for Mary Karr! 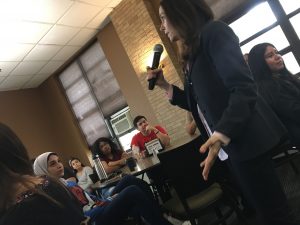 Karr talks with students on April 18

Karr is an award-winning poet and best-selling memoirist. She is the author of the critically-acclaimed and New York Times best-selling memoirs and five poetry collections, most recently Tropic of Squalor. Karr is also a songwriter, having collaborated with Rodney Crowell, Norah Jones, Lucinda Williams and others on a country album called KIN. Her many awards include The Whiting Writer’s Award, an NEA, a Radcliffe Bunting Fellowship, and a Guggenheim. She is also a regular contributor to The New Yorker, The Atlantic, and Poetry magazine. Karr is the Peck Professor of Literature at Syracuse University and she lives in New York City.