On Tuesday, October 18, Naomi Ayala will read her poetry from 2-3:15 in the Reinsch Auditorium. The event is free and open to the public. 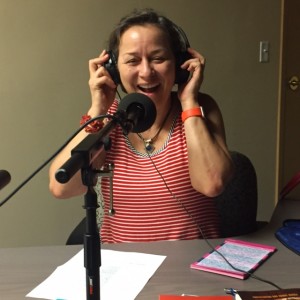 Born in Puerto Rico, Naomi Ayala moved to the United States in her teens, eventually earning an MFA from the Bennington College Writing Seminars. Writing in both Spanish and English, she is author of the poetry collections Wild Animals on the Moon (1997), chosen by the New York City Public Library as a 1999 Book for the Teen Age, and This Side of Early (2008). Her poems have appeared in the anthologies Boriquén to Diasporican: Puerto Rican Poetry from Aboriginal Times to the New Millennium (2007), Latino Boom: An Anthology of U.S. Latino Literature (2006), and First Flight: 24 Latino Poets (2006). An educator and arts administrator interested in environmental causes, Ayala has received numerous awards, including the Connecticut Latinas in Leadership Award, the 2000 Dr. Martin Luther King Jr. Legacy of Environmental Justice Award, and the 2001 Larry Neal Writers Award for Poetry from the DC Commission on the Arts and Humanities.