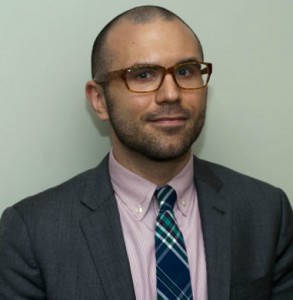 Butler is a Presidential Scholarship recipient, and was selected to the Delta Epsilon Sigma honor society and Who’s Who in American Colleges and Universities. He was also the founding president of Marymount’s chapter of Delta Epsilon Sigma, a national scolastic honor society, and earned departmental honors for his senior thesis through his nomination for the Evelyn Ludlow Award. Butler also served as class president his freshman and senior years, and as executive board secretary and vice president for the Student Government Association. He spent three years as a Resident Assistant and an Admissions Ambassador.  He additionally acted in Theatre One2One, sang in Blue Harmony, and wrote for The Banner. His fellow classmates selected him as the recipient of the Bishop Ireton Medal at Commencement.

He went on to complete an M.A. in English Literature at Boston College, where he distinguished himself as a teaching fellow, participated in the Women’s Studies consortium at Harvard University, and earned the Donald J. White Teaching Excellence Award in 2005. After spending four years in admissions at New York University, Jeb was named director of Admissions at Columbia Law School in 2011.

Butler is planning to join Marymount during homecoming. First, he will be speaking at the Department of Literature and Languages event “What’s My Next Step? Graduate School and Career Changes” where he will talk about how to build your digital brand via social networks and present yourself to graduate and professional schools, as well as offering individual feedback on resumes and career plans. This event is scheduled for Saturday, September 28th at 12pm in the Main House.

Butler will also be receiving his award as part of the Alumni Volunteer Appreciation Brunch and Alumni Awards Ceremony, which takes place on Saturday the 28th at 10am in the Gerard Dining Hall.

This entry was posted in Alumni, Students. Bookmark the permalink.
Skip to toolbar