Eric Clapton is an award-winning English songwriter who represents an era described almost flawlessly by the phrase “sex, drugs and rock n’ roll.” Clapton’s autobiography Clapton: The Autobiography narrates the life of a rock star, addicted by heroin and alcohol and with a long list of turbulent relationships. 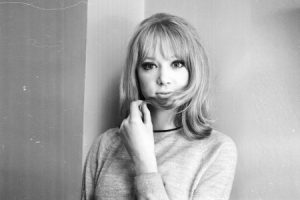 The most known of Clapton’s relationship was that with Pattie Boyd, and how Clapton persisted she moved in with him and divorce her husband, George Harrison (a member of the Beatles). Clapton wrote for her the songs Layla, and Wonderful Tonight, for it seems that he would use his music as a way to express his emotions and inner thoughts.

Clapton: The Autobiography can be mainly perceived as an addiction narrative. Clapton describes the days he would use drugs or drink himself into difficult situations; the days he tried to rehabilitate; the days of his relapse; how he came to decide that sobriety was more than a life choice. However, at the same time, the autobiography narrates the story of a boy who finally became man, through a series of obstacles—a fact which indicates a Bildungsroman type of narrative as well. The moment where the hero of the Bildungsroman becomes different than he was along the journey, or the moment where the addict discovers a cathartic reason to remain sober, is at the aftermath of Conor’s death. 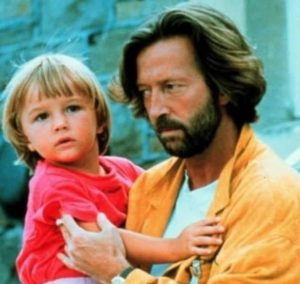 In a heartbreaking tragic accident, Conor Clapton, Eric Clapton’s four-and-a-half-year-old son, fell out of an open window in the high-rise New York condominium. This tragedy brought forth the award-winning song Tears in Heaven.

In my essay, I point out the major points in the book where the addiction narrative meets that of the Bildungsroman. Also, by comparing Beautiful Tonight with Tears in Heaven, I prove Clapton’s change in character after Conor’s death. Clapton’s apologetic and existential lyrics demonstrate a new Clapton than the one who asked Layla what she did when she felt lonely.

This book is my primary source. Although I will focus on the tragic death of Conor, I will note down moments in Clapton’s life when he used music to express repressed feelings. Moments like this are his first rehabilitation, during his addiction and the songs he wrote for Pattie Bboyd, and the song he wrote for Conor’s death.

I will use Layla only to establish a pattern of music as a way of communication and therapy.

A song Clapton claims he wrote for Pattie, his second wife. I will compare its context with the one in “Tears in Heaven.”

Even though I will focus on the chapters about inspiration, creativity, and life, I was intrigued by the structure of the content in this book. The chapters I will focus on are “Creativity,” “Longing for Happiness or Deliverance through Art,” “Inward and Outward Nature,” to research further into the journey of an artist and compare it to Clapton’s autobiography. The first chapter Personality Aspects is divided into smaller sections that describe Alban Berg as every day human rather than a composer or creator. The second chapter goes into the way Berg gained inspiration, and the believes that shaped his personality while the third chapter focuses on Berg’s work. I am thinking of using this structure as an introduction to Clapton and his work, by using section of his autobiography. However, I may eliminate the source in case I see that the artist was biased or his mindset was “too conservative” to be compared to that of Clapton’s.

A memoir of another musician, with some insights on how life influences inspiration and art. I will use it as an example to support an argument on the relationship between music art and life-narrative. Philip Glass focuses on how he became a composer rather than his success after his operas “Satyagraha” (1980) and “Akhnaten” (1983). I plan to compare or contrast (i don’t know yet) the making of composer Clapton and composer Glass. For example, both artists write extendedly about their parents and how they influenced them. Thinking how much Clapton’s music was influenced by his family, I could make an interesting connection there. However, if the comparison doesn’t fit with the overall sequence of my paper, I might eliminate the source.

An interesting research describing a series of experiments that analyze the way we process music and how it affects our psyches.  I will use it as I begin comparing Wonderful Tonight and Tears in Heaven, to establish the point that we can distinguish the difference between “happy” and “sad” song, but context is what delivers a stronger emotional message.

Paratext, the background such as title, the book describes and all those clues that make the biography “exist.” For me in Clapton’s autobiography is the phrase “sex, drugs and rock ‘n roll.” Although we don’t read the phrase, we read about it in every chapter.