There appears to be many contradictions when investigating popular, best-selling books in comparison with banned, scrutinized literary works. To exemplify this inconsistency, while exploring the trendy books in the Marymount bookstore, as well as researching the ten most challenged books of 2012, I was not surprised to find a novel located in both categories—Fifty Shades of Grey. 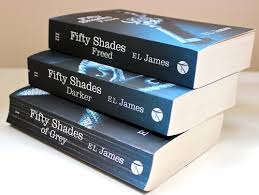 Certainly the novel has received a lot of attention, interest and curiosity since its release—causing an enormous circulation of the series by (mostly female) readers of all ages. I myself attempted to read the opening title of the trilogy but could only stand to get through the first three chapters. Needless to say, I never touched the book again.

Titles spanning from award winners, to classic literary staples, to children’s books have been banned over the years and throughout history. There seems to be two distinctly recognizable and related motivations for the disapproval of a book—its content and its intended audience. Many of the works itemized on the banned books list for 2012 are overwhelmingly aimed toward young readers. Consequently, this demonstrates that our 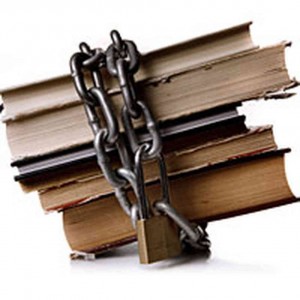 society continues to concern itself with censoring, monitoring and regulating the subjects, language and ideas presented to the young readership. In turn, the public deems certain literature as offensive, inappropriate, unsuitable, provocative and controversial for children and teens for numerous reasons (e.g. sexual content, explicit language, violence, homosexuality, and sensitive material related to religion, racism, etc.).

With this, there is absolutely a blurred and indistinct attitude/approach in determining what’s considered admissible and what’s unfitting for specific age groups to be exposed to. Pop-culture is noticeably more tolerant and lenient with “pushing the envelope” and encouraging free thinking/expression for any age. Nevertheless, there still remains a prominent desire for the mature reading audience to create boundaries. However, how effective these boundaries are is unclear, as young readers continue to access popular literature that may be improper so that they too may participate in the latest literary trends and movements. As such, what is popular and what is inappropriate is ever-changing and entirely subjective. Our society is riddled with pop-culture of questionable subject matter—content which is compelling for some and distasteful for others.

Some of the most basic and fundamental reasons why people read are:

a)      To keep up with what’s happening currently

b)      Researching interesting and definitive topics

d)     And reading for school or perhaps even work. In general, those Americans that are educated or are a bit affluent read more often than those that are poor; as well as parents with younger children read more often than those that are not parents. Additionally, women are more likely to read than men. It seems as if quite a bit of adults are reading more e-books nowadays. Writers have a right to write and their stories do belong to them, but they cannot make these stories acceptable to everyone. Somehow, the readers do have to make their own decision on this issue and not all stories have to end happily ever after. However, there is a difference between banned and challenged books. Challenged is an attempt to eliminate or do away with materials that are based on the objectives of a person or group. Whereas, banned is the exclusion or deletion of those materials. It would seem that books are challenged to protect children from difficult and complicated ideas. What seems to bother various individuals or groups about books and the role they play in society are the offensive language, racism, sexually explicit, not suited for some age groups, violent expressions, unorthodox religious view point, drugs, smoking, alcohol drinking, and suicide.

Here are some examples of Best seller books:

1) Gone with the Wind by Margaret Mitchell 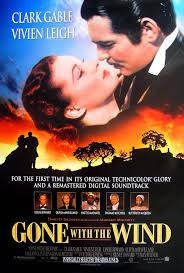 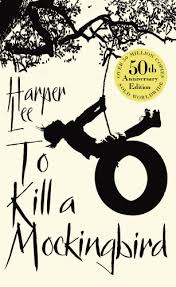 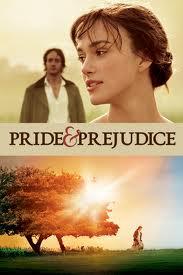 These three best seller books are from Google images.

Some examples of Banned books:

2)      The Adventures of Huckleberry Finn by Mark Twain

3)      Their Eyes Were Watching God by Zora Neale Hurston. 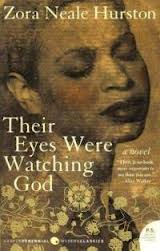 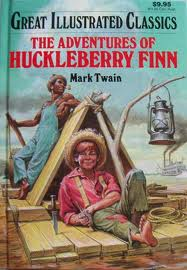 The images of these banned books were taken from Google.

From my observation, the popular books are those that write about women’s fiction- “Three Little Words,” by Susan Mallery, Art – “The Shock of the New,” by Robert Hughes, Biography- “The Life of Samuel Johnson,” by James Boswell, environment- “Silent Spring,” by Ronald Carson, literature- “The Lives of Poets,” by Samuel Johnson, memoir-“Narrative of the Life of Frederick Douglass,” by Frederick Douglass, and so on. I also noticed that books that are banned are those that carry sexual connotations, violence, age-inappropriateness, language, religious beliefs, and a myriad of other reasons.

I certainly believe that to an extent there is a connection between these books and the times we live in. It would seem as if editors look for key elements that make for compelling reading in those books that are popular, and when a book does not use the right language or exhibits violence; then challenges would crop up. From looking at both the popular books and the banned books list I realized that most often, some books that were lauded as books that shaped America, were banned after being put on best sellers list. Not only that, but, authors that were given accolades for their writing would be chastised for inappropriate language as well. But even with all the different opinions about the books people read, reading is definitely fundamental so as to be able to function in today’s society despite whatever a person choose to read. 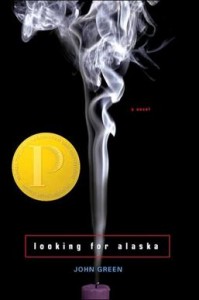 Published in 2005, Looking for Alaska is now on the Banned Book list nine years later.

My first semester in college I took a class called “Banned Books”. During this class, we discussed the many reasons why people decide to protest a book.These reasons span from religion to the name of a character. We interviewed parents, teachers, librarians, and teens, all of whom had different ideas as to why books are challenged.  Most of who we interviewed were concerned over appropriateness of subject for the age group the book is targeted.  When I looked up the list of the most challenged books of 2012, I saw that this was one of the most common reasons for books to be protested.

Looking at the list of New York Times bestsellers, I saw that many books that were ones that are now television shows, like Game of Thrones and Orange is the New Black. Not many were in the Young Adult genre, which is what the banned list consisted of mostly. I think that this shows how Americans often want to be in with what is current in pop culture, and not so much their age group.

That being said, it is interesting to see what is on the 2012 Banned list. Many of the books have been out in stores for years. One novel published in 2005,  is entitled Looking for Alaska, was the first book written by  YA author John Green, whose most recent novel is A Fault in Our Stars. The latter of the novels has received high praise, and is Green’s most popular novel. Looking for Alaska may have received more attention and a rise in sales because of the popularity of his newest novel. Alaskal deals with high schooler who use drugs, have sex, and drink alcohol, all of which are often seen as hip activities by high school students. This could lead to why it is on the banned list. 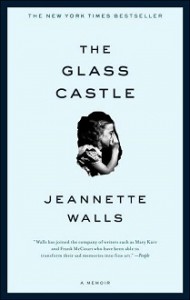 One of the books being challenged in 2012

I find it interesting how books can be banned and yet still be wildly popular. Fifty Shades of Grey, Thirteen Reasons Why, and The Kite Runner have all been on the New York Times bestseller list. Maybe that is how they became banned, from the popularity they received and now are being challenged because of the variety of age groups that are reading it.  Preteens and teens are not in the marketed target range for or The Glass Castle. They read them anyway because these books are seen as cool. I think it all leads to the fact that everyone wants to be included and seen as part of the in-crowd.

A glance at the ten most challenged titles of 2012 reveals two very important facts. First of all, most of these titles are written for kids or young adults. Secondly, most of the books are challenged because they are too offensive, sexually explicit, or “unsuited for age group”. Books challenged include The Absolutely True Diary of a Part-Time Indian, Fifty Shades of Grey and Looking for Alaska. Of this subset, only one of these is categorized as adult fiction (Fifty Shades). The other two are Young Adult novels that have been extremely popular on reading lists and book recommendation sites. Both of these novels are tagged as “unsuited for age group”. All three novels are tagged as offensive and sexually explicit.

I think the banned books and their tags say something about the reading habits of Americans. The majority of these books (six out of ten) are for kids or young adults. This shows that the public is still concerned with the themes and ideas presented to younger readers. This concern perhaps leads to the generalization that the public is still convinced that books have the power to influence others. Certainly, this is probably true of the reading public. Overall, the ideas conveyed through children and young adult literature still have the power to provoke a collective response from the masses.

Marymount’s bookstore only stocks one of these banned books – Fifty Shades of Grey. Although mentioned earlier, it is interesting to note that the popularity of this bestseller has not necessarily subsided. Although the book technically appears in the adult fiction sections of most libraries, it seems to be popular among young adult readers. In a Goodreads thread, a sixteen-year-old user asked whether she should read it. The majority of responses indicated that Shades was a 18+ book, but many of the teens on the thread had read it. Many indicated that the user either needed to be a mature teen or just wait (more than one response stated that they wished they hadn’t read it). Personally, a number of my friends have read the book as well. Most were disgusted by it. Perhaps the popularity of (and reaction to) Shades is indicative of the level of erotica that is considered “acceptable” in popular culture. The music industry has, overall, had more tolerance of sexually explicit themes, but as shown by Miley Cyrus’ CMA performance, there is a grey line between the acceptable and the inappropriate. Fifty Shades of Grey demonstrates the reading public’s tipping point when it comes to erotic fiction.

Some of the other books on Marymount’s bestseller shelf are somewhat familiar. I’d seen Quiet: The Power of Introverts in a World that Can’t Stop Talking on a list published by Noodle Education of notable books on college’s summer reading lists. Many of the other bestsellers are also nonfiction. This is in stark contrast to the Banned Books list, which is populated by mostly fictional novels or stories. (The Glass Castle is a memoir, and Beloved is based on a true story.) It seems then, that the reading public objects to authors dealing with sensitive subjects like sex, homosexuality and offensive language in fictional works, especially when these works are directed at a younger audience.