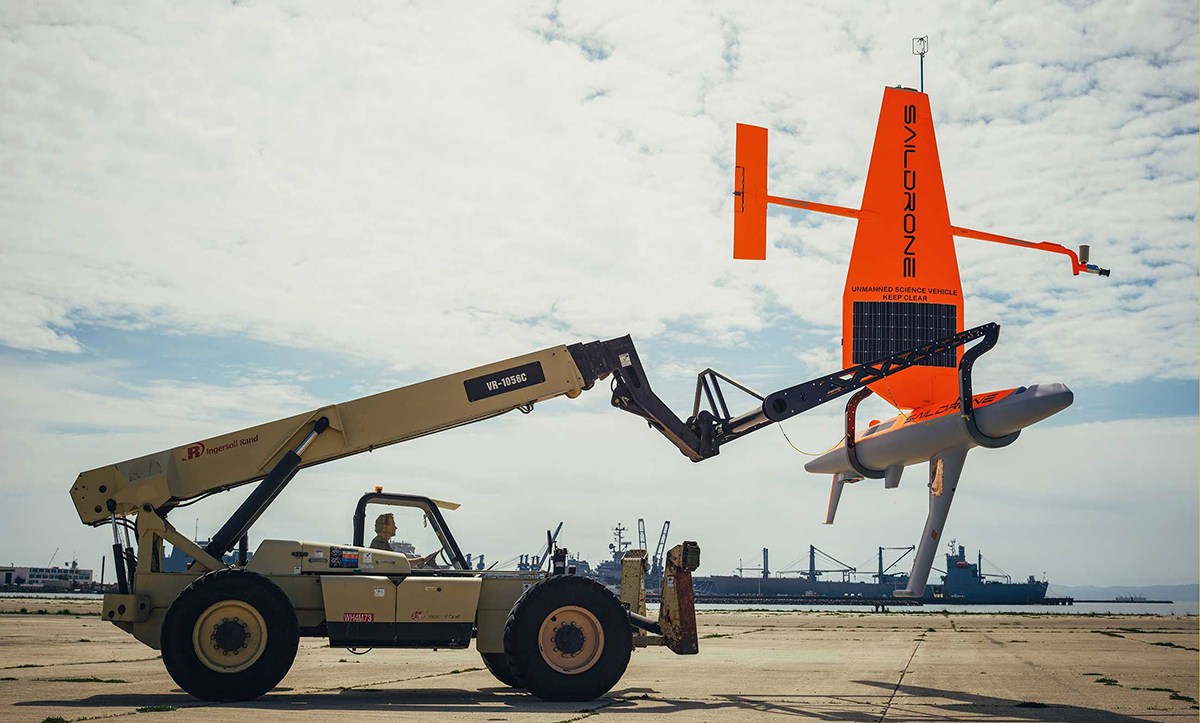 Dr. Barbara A. Block holds the Charles and Elizabeth Prothro Professorship at Stanford University. Her research is focused on how large pelagic fish utilize the open ocean spanning from genomics to biologging. She and her team have pioneered the successful development and deployment of electronic tags on tunas, billfishes and sharks. The combination of lab and field research has led to a rapid increase in the understanding of movement patterns, population structure, physiology and behaviors of pelagic fish and sharks.

Elizabeth (Eily) Andruszkiewicz is a PhD candidate under Dr. Alexandria Boehm at Stanford University in the Civil and Environmental Engineering Department. Her research focuses on using environmental DNA (eDNA) to track marine vertebrates. She uses both quantitative PCR and metabarcoding to identify both individual species and whole communities of vertebrates in the ocean by DNA left behind in the environment.

Dr. Aaron Carlisle is a marine biologist interested in the spatial, trophic, and physiological ecology of marine fishes. His work has largely focused on pelagic fishes and elasmobranchs (sharks, skates, and rays), and he employs a variety of research techniques, including chemical tracers (e.g. stable isotope analysis), electronic tagging, and modeling approaches.

Taylor Chapple is a research scientist at Stanford University working to increase our understanding and appreciation of sharks on the local and global scales. His research, initially focused on estimating abundance and status of data-limited species, now includes studies on the movements, energetics and behavior of highly nomadic species, notably the white shark.

Danielle Haulsee’s interests include combining innovative technology and oceanographic remote sensing techniques with the biogeography and movement of marine species. Danielle became interested in marine biology as a child, growing up along the New England coast. When life moved her to inland Pennsylvania, she decided to pursue a degree in Environmental Studies with a concentration in Marine Ecology and Geographic Information Systems from Gettysburg College.

Dr. Salvador Jorgensen is a marine ecologist and holds the position of Senior Research Scientist in the Conservation Research department at the Monterey Bay Aquarium.  Jorgensen’s research focuses on the ecology, migration and population dynamics of pelagic fishes and elasmobranchs. His recent interests lie in understanding the distribution, abundance, and movement of ocean species and how these are shaped by the interplay between extrinsic environmental factors and intrinsic life history traits.

Originally from Rhode Island, Paul Kanive has worked and played on the ocean most of his life. After getting his B.S. from the University of Rhode Island, he worked several contracts as a NOAA groundfish observer in Alaska. During this time Paul learned firsthand the plight of sharks, as they were discarded as dead bycatch in many fisheries. Currently, Paul is a PhD candidate at Montana State University and has been a member of the California white shark tagging team for 10 years.

Amanda Netburn is an Oceanographer at NOAA’s Office of Ocean Exploration and Research, where she leads the effort to incorporate water column observations and sampling into the exploration paradigm. This is accomplished through advising on NOAA Ship Okeanos Explorer and other expeditions, supporting NOAA grants programs, and developing novel partnerships. Amanda has a PhD in Oceanography and a Masters degree in Marine Conservation and Biodiversity from the Scripps Institution of Oceanography at UC San Diego.

Elan Portner is a doctoral student at Stanford University’s Hopkins Marine Station. His research is focused on understanding the diversity and variability of open ocean forage communities, made up of the animals that are eaten by many top predators including tunas, sharks, and mammals. In particular, he is interested in the forage communities that live at midwater depths, 600-3000ft deep, and how these communities respond to environmental variability at the ocean’s surface. Elan uses a combination of sampling methods, including diet analysis, trawling, and scientific sonar (active acoustics), each providing a different perspective that can be combined to provide a broader understanding of these important oceanic communities.

Bruce Robison earned a PhD from Stanford University and was a Postdoctoral Fellow at the Woods Hole Oceanographic Institution. He then returned home to California, and to UC Santa Barbara. In 1987 he joined the fledgling Monterey Bay Aquarium Research Institute (MBARI), where he is currently a Senior Scientist. Robison’s research is focused on the biology and ecology of the animals that inhabit the ocean’s deep water column. He pioneered the use of undersea vehicles for these studies and he led the first team of scientists trained as research submersible pilots.

Dr. Nathan Truelove is a marine biologist dedicated to using molecular techniques to help inform marine conservation. His current research focuses on detecting marine species by sequencing environmental DNA (eDNA) present in seawater. In the marine environment eDNA originates from a variety of sources such as damaged tissue, the shedding of skin cells, and metabolic waste.

Jan Witting is a biological oceanographer with long-running interests in the Sub Tropical and Equatorial Pacific, where he has served as Chief Scientist on more than 20 research cruises. His work broadly addresses the linkage between climate variation, circulation, and biological production in the tropical and subtropical oceans, where he studies the effects of changing primary production on the structure of pelagic food webs and the ultimate consequences to Pacific fisheries and the human communities that rely on them.

Connor Gallagher is a documentary filmmaker and photographer based in Monterey, California, where he works on stories related to ocean science and conservation, wildlife ecology, and technology behind sustainability.

Since 2016, he has worked closely with Dr. Barbara Block in multimedia education and outreach at Hopkins Marine Station. On this expedition, Connor will serve in that role, providing video, photos, and stories of the science, challenges, and discoveries throughout the voyage.

Mónika holds a Master’s degree in Screenwriting from the University of Bergen and a Bachelor’s degree on Audiovisual Production from the University of Costa Rica. For the last seventeen years she has worked on communication projects and strategic campaigns of social or environmental value. Her 2004 documentary “Coco” which portrays the struggle of illegal immigrants entering Costa Rica, received the Best Documentary Award at that year’s Costa Rican Film Festival.