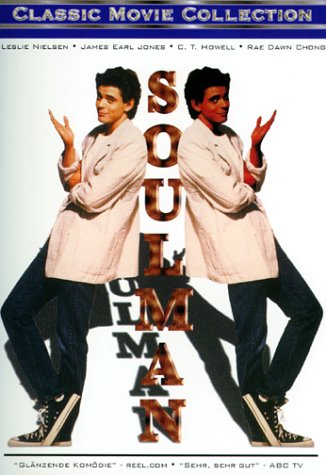 Blackface is a form of make-up used in film/theater that emerged in the 19th century. It was a way to depict black people in film/plays without actually including them. Blackface was used to construct racial identities of both white and black characters.

This form of racial cross-dressing was used to reinforce racial stereotypes about black people. Blackface is a means for presenting blackness as the racial other to whiteness  (Lott 476). Blackface has reappeared consistently from the 19th century up until the present (Johnson 3).

There are many people who don’t understand why blackface is offensive. This form of racial cross-dressing is rooted in a painful history of slavery and oppression of African Americans. Blackface is often used to reinforce stereotypes that aided maintaining fear of black people.

Blackface was used in the film Soul Man. Click here to learn about the impact blackface had on the film.