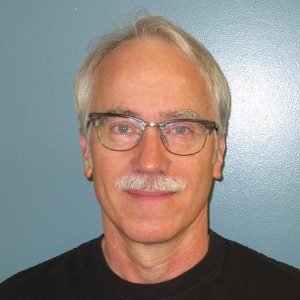 David A. Butterfield is a Principal Research Scientist at JISAO, University of Washington. With the exception of two years spent in Togo, West Africa, teaching chemistry and physics, Dave is a life-long resident of the Pacific Northwest. He studied chemistry and German at Reed College and Portland State University,and earned a Ph.D. in chemical-oceanography from university of Washington. Dave’s primary scientific interest is in using the composition of hydrothermal fluids to learn about sub-seafloor processes ranging from volcanic eruptions to microbiological productivity. He has been on 45 expeditions with submersibles to deep-sea volcanic sites around the Pacific and Atlantic. 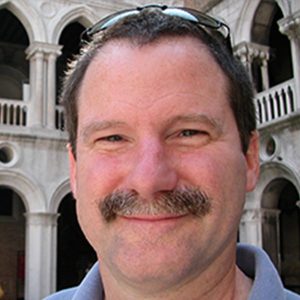 Bill Chadwick is a Research Professor at Oregon State University’s Hatfield Marine Science Center in Newport, Oregon, and is acting-head of NOAA/PMEL’s Earth-Ocean Interactions Program.  He became interested in studying volcanoes when he was in college and Mount St. Helens erupted.  He majored in geology at Colorado College, where he received his B.A.  After college, he worked at Mount St. Helens with the U.S. Geological Survey for 2 years, and he’s been hooked on studying active volcanoes ever since.  After the USGS, he got a PhD in Geology at University of California at Santa Barbara, did a post-doc with the USGS in Menlo Park after that, and has been worked at Oregon State University since 1989. 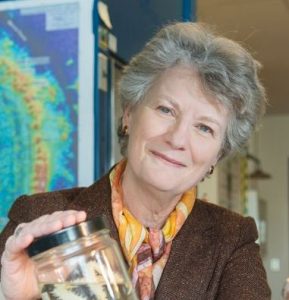 Verena Tunnicliffe is a marine biologist at University of Victoria in Canada where she holds a Canada Research Chair in Deep Ocean Research. She combines a drive for ocean exploration with a passion to understand the nature and functions of novel communities. A lifetime of ocean exploration has stretched from coral reefs to subsea volcanoes making hundreds of dives with SCUBA and, then, both manned and remotely operated submersibles. She has led and worked in interdisciplinary teams exploring hydrothermal systems around the Pacific and especially on Juan de Fuca Ridge where her research helped establish Canada’s first MPA, the Endeavour Hot Vents Marine Protected Area. Her research in marine habitats in extreme conditions has collected over 80 new species (with nine named after her).